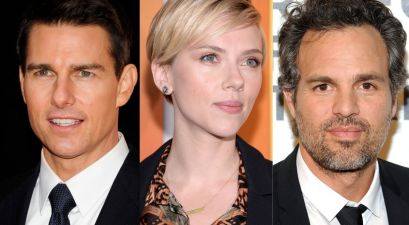 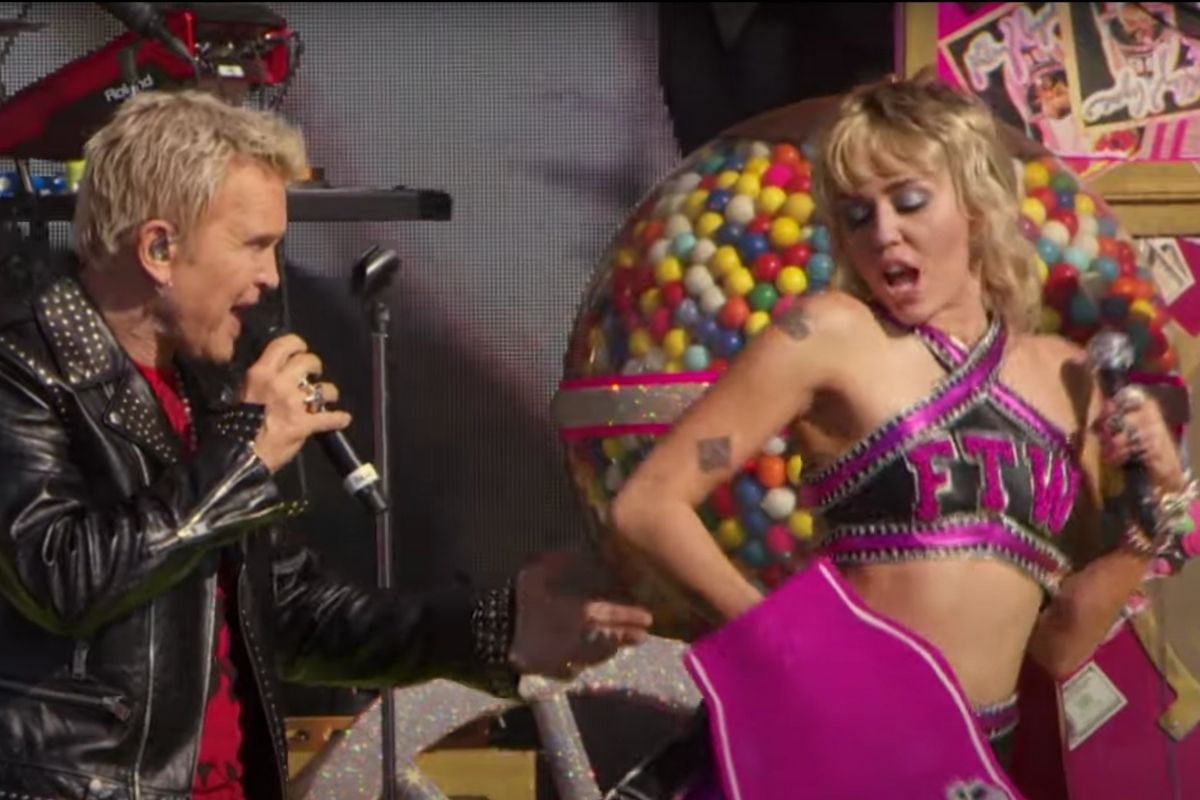 A lot of viewers were disappointed by The Weeknd’s Super Bowl Halftime Show, which did not have the larger-than-life flair of past performances. Especially during this painful pandemic, it would have been nice to see some seriously major theatrics during the big game. But that letdown was largely offset by the spectacular Super Bowl LV pregame show. Singer Miley Cyrus went all out, belting out classics alongside special guests Billy Idol and Joan Jett.

Before the Tampa Bay Buccaneers and the Kansas City Chiefs finally faced off at Raymond James Stadium, Miley Cyrus truly ruled the pregame stage. Headlining the NFL TikTok Tailgate, Cyrus performed in Florida earlier that afternoon for a performance that streamed virtually on TikTok; portions were later televised as part of the pre-show on CBS. The TikTok Tailgate’s 7,500-person crowd was made up entirely of vaccinated health care workers. And man, were those healthcare heroes in for a cross-generational treat.

Popping out in some seriously show-stopping outfits, including a punk-pop cheerleading set and, later, a sequined-covered football uniform, Cyrus delivered a multi-sensory performance. She was joined onstage by leather-clad rock legend Billy Idol who manages to keep up an enthusiastic stage presence, even at the age of 65. The surprising duo sang “White Wedding” and, dancing closely together, flexed their close bond. In fact, this odd couple has been friends for years and made headlines back in 2016 for their fantastic “Rebel Yell” duet.

Billy Idol was not the only rockstar who joined Miley Cyrus on stage for the TikTok Tailgate. Cyrus’ longtime idol Joan Jett also performed alongside the former Disney star, singing “Bad Karma”, “Bad Reputation”, and “I Hate Myself for Loving You” together. “Bad Karma” is a new song from Cyrus’ recent album Plastic Hearts; vocals from Jett also feature on the studio recording, marking an exciting professional collaboration between the two edgy icons. (Billy Idol, and Stevie Nicks, also feature on Plastic Hearts.) After watching this fabulous rock collaboration live, I’m sure “Bad Karma” will become another of Plastic Hearts’ breakout tracks, like “Midnight Sky” remix “Edge of Midnight,” which intermixes with the delightful deep twang of Stevie Nicks’ “Edge of Seventeen.”

“Football weekend isn’t usually about strong women, but maybe now it will be,” Miley Cyrus announced during her TikTok Tailgate set. And Joan Jett was not the only trailblazing lady that Cyrus channeling during the performance. Cyrus’ rendition of Blondie’s “Heart of Glass” was already on its way to becoming a stand-out of Cyrus’ genre-bending repertoire and seeing it here, on the Super Bowl pre-show stage, was a delight.

As Miley Cyrus’ sound evolves and hardens, it’s clear that she will continue borrowing from her rock predecessors. The emptier pop hits like “We Can’t Stop” and “Party in the U.S.A” or cornier ballads like “The Climb” seem squarely in Cyrus’ rearview mirror as she takes on a larger musical dialogue.

WATCH: Miley Cyrus like you’ve never seen her before in this “Different” backyard cover