A Modern-Day ‘Golden Girls’ is Officially in the Works! 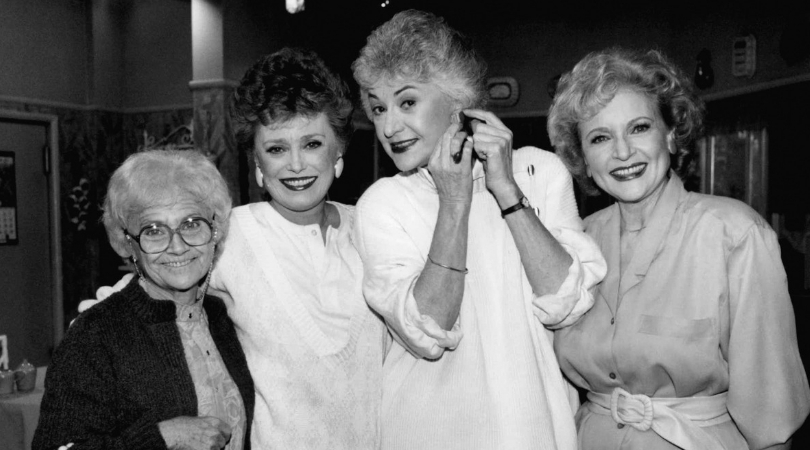 Alright, I’ll be honest, I don’t know how to feel about this. Why, you ask? Because the Golden Girls are perfect already, there is no need to touch it up. It’s a classic, I’m sure you can all agree with me when I say that the fantastic four were just that, fantastic. Waking up to see Bea Arthur, Betty White, Rue McClanahan, and Estelle Getty on my TV screen was just the perfect way to start my morning.

The show received critical acclaim through most of its run, winning several awards such as the Primetime Emmy Award for Outstanding Comedy Series twice, three Golden Globe Awards for Best Television Series-Musical or Comedy, and each actress received an Emmy award for their performance. The series also ranked among the top 10 highest-rated programs for six of its seven seasons. So yes, it’s safe to understand why the series was ranked number 54 on TV guide’s 60 Best Series of all Time.

That being said, I guess it’s understandable why people would want to remake it. I mean, they are remaking or rebooting everything already, from Fuller House, Prison Break, Charmed, Roseanne, pretty much everything. There is no escape. So a remake of Golden Girls? Yeah, totally expected.

So, who is said to star as the fabulous four? Well, so far there have only been two actresses announced, the phenomenal Jane Lynch and none other than musical icon Cyndi Lauper. I know, I know, talk about a powerful duo. As far as character’s, they haven’t really announced if they will choose new names or portray “new versions” of Blanche, Rose, Dorothy, and Sophia.

According to Lynch, the new show can be described as “Golden Girls for today”, and will go directly on Netflix. Lynch accidentally made the unplanned announcement about the upcoming series when she spoke to reporters backstage at the Creative Arts Emmys. The across took the top honor for her guest appearance on The Marvelous Mrs. Maisel.

Basically, when she was asked about future projects, she claimed there wasn’t much going on besides plenty of “voice acting roles” and ongoing hosting duties on “Hollywood Game Night.” She then added, as a simple aside, that she had pitched a show to Netflix and they bought it. Realizing she had said it, she then went back and forth trying to decide whether or not it was okay to discuss the new venture before finally decided to dive right in and spill the beans.

Lynch stated, “I pitched a show to Netflix and they bought it, so that’s nice. I don’t even know if I can talk about it, but I’ll tell you it’s with Cyndi Lauper, so there. Were our age, which you know, I’m almost 60 and (Cyndi is) 65, and we’re looking for our next act without having husbands or children. And there will be two other folks in it who haven’t been cast yet. So it’s kind of a ‘Golden Girls’ for today.”

So, is it true? Is a modern-day Golden Girls sitcom reboot on the way? Well, Netflix hasn’t really confirmed it yet, but this is the second time there has been quite a subtle announcement about it. Two months ago, comedian and writer Carol Leifer shared a photo of herself along with Lynch and Lauper on her Facebook writing, “IT’S OFFICIAL!! Headed out next week with a new half-hour comedy, starring Jane Lynch & Cyndi Lauper! A writer’s dream to work with these two LEGENDS. Can’t wait to see where we land.”

I don’t know, seems to me like it’s a done deal. All I ask is that they stay true to the characters and maybe get Betty White to make a guest appearance. Please?