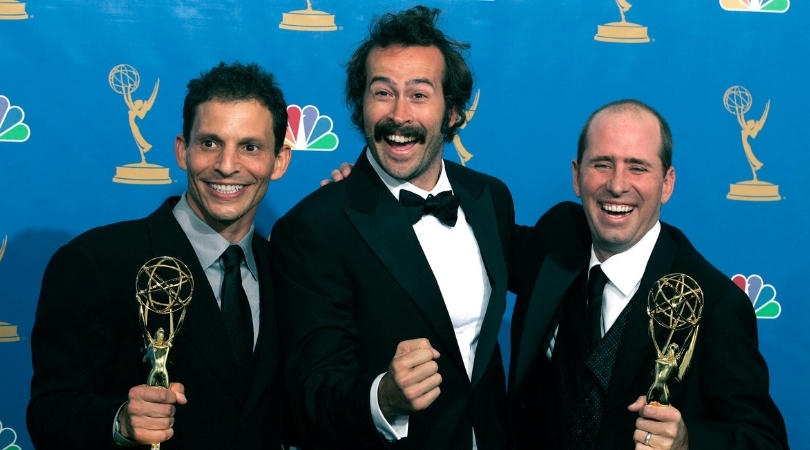 We all hate when our favorite tv shows “get the can.” Especially the ones we have binged on a streaming network and are fully invested in the main characters life. The NBC sitcom My Name Is Earl was one of those tv series that was canceled unexpectedly. It was supposed to have a fifth season but got ended after it’s fourth. Luckily for us, someone spilled beans and there is some insight into what the shows fifth season would have looked like.

My Name Is Earl

My Name Is Earl, created by Greg Garcia in 2005 and aired until 2009, was the story of Earl Hickey, portrayed by actor Jason Lee. At the loss of his lottery winning the ticket of $100,000, Earl Hickey concludes that this is a punishment or bad karma coming back to him after a life of petty thievery. He decides to turn his life around to earn that good karma. He pens a list of every person he’s hurt and every bad thing he’s done.

Upon completion of his first good deed Earl happens to find his lost $100,000 lottery ticket. He takes this as a sign to continue to do more good. My Name Is Earl follows him turning over a new leaf in his life attempting to be good and make life better for those around him, partially by using his winning lotto ticket. The series stars Ethan Suplee, Jaime Pressly, Nadine Velazquez, and Eddie Steeples in the roles of Earl’s brother Randy, Joy Turner who is Earl’s ex-wife, Catalina who is the hotel maid Earl marries in a green card marriage and Darnell Turner, a resident of their fictional town of Camden.

Season four of My Name is Earl is, arguably, where the show was getting back on track. After ending up in prison in the second season and remaining there for part of the third season for confessing to ex-wife Joy’s crimes, he spent a while trying to help people but not necessarily working on his list. The fourth season shows Earl back to crossing off good deeds. The season ended in multiple cliffhangers. Both of these center around Joy Turner, one of which is her having an affair with Darnell. The bigger cliffhanger is the discovery from a DNA test that Earl Hickey is the bio father of Dodge, Joy’s daughter whom he was convinced wasn’t his. “To Be Continued…” was the promise at the end of the final episode. But it never came.

The show was canceled because of the producer, 20th Century Fox’s inability to find a network to continue the series. It was expressed in multiple statements that the networks were unable to come to an agreement for the future of the show without “seriously undermining the artistic integrity of the series”. There were talks of the show being completed via a movie.

In a Reddit thread in 2013, My Name Is Earl creator Greg Garcia was asked if Earl ever finished the list. His response was the closest we will get to a final season. Read it and weep (but also smile).

“I had always had an ending to Earl and I’m sorry I didn’t get the chance to see it happen. You’ve got a show about a guy with a list so not seeing him finish it is a bummer. But the truth is, he wasn’t ever going to finish the list. The basic idea of the ending was that while he was stuck on a really hard list item he was going to start to get frustrated that he was never going to finish it. Then he runs into someone who had a list of their own and Earl was on it. They needed to make up for something bad they had done to Earl. He asks them where they got the idea of making a list and they tell him that someone came to them with a list and that person got the idea from someone else. Earl eventually realizes that his list started a chain reaction of people with lists and that he’s finally put more good into the world than bad. So at that point he was going to tear up his list and go live his life. Walk into the sunset a free man. With good karma.”
—Greg Garcia