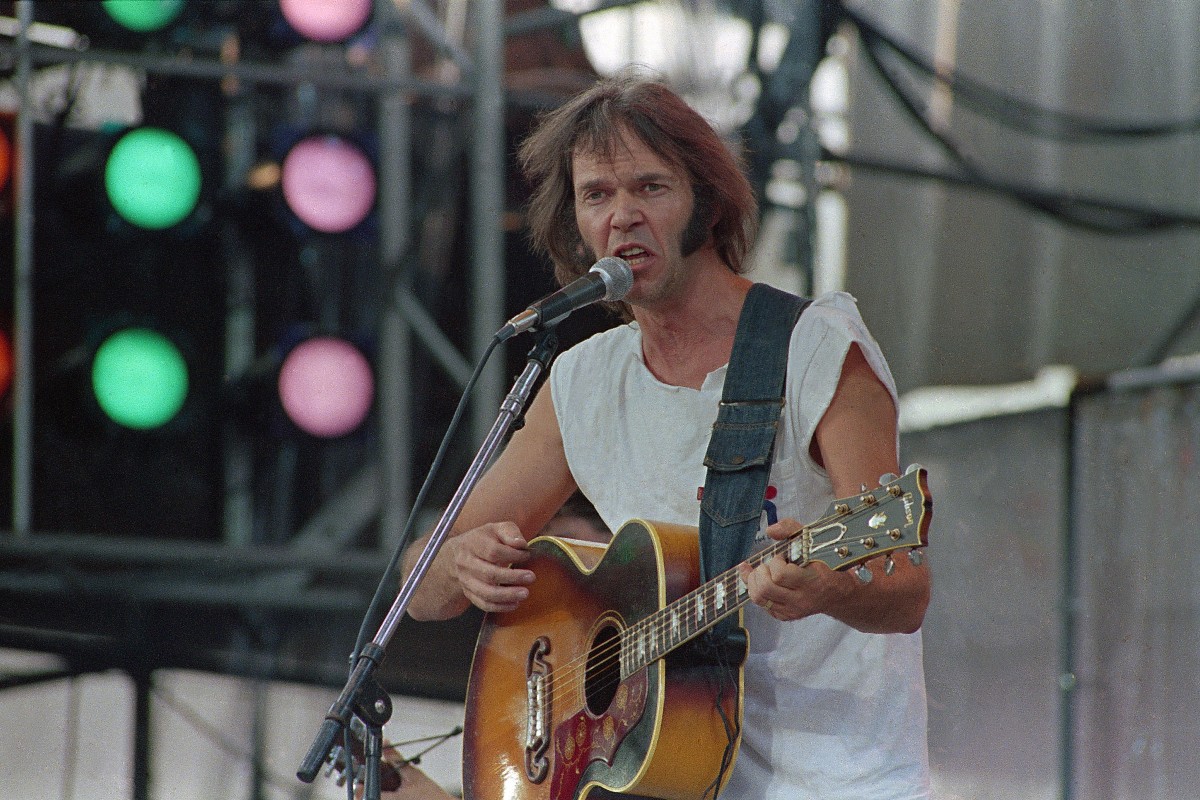 That’s what a 72-years-young Neil Young said of the legendary song in a recent concert in Chicago. But when the songwriter first recorded “Old Man” back in 1971, he was indeed only a young man of twenty-four, pondering life, death, and love. One of his earliest performances of the song was live for BBC, when the Farm Aid cofounder revealed the story behind the haunting ballad.

In the song, Young compares a young man’s life to an old man’s, asserting that they both have similar needs in regards to love.

“Old man look at my life,” goes the song’s famous refrain. “I’m a lot like you were.”

“Old man, take a look at my life, I’m a lot like you,” the song continues. “I need someone to love me the whole day through. Ah, one look in my eyes and you can tell that’s true.”

“Lullabies, look in your eyes“… well, you know the rest.

As the “Cinnamon Girl” singer explained to BBC audiences, the song is about his ranch in Northern California.

As Nash recounted in the documentary, Heart of Gold: “About that time when I wrote [“Heart of Gold”], and I was touring, I had also – just, you know, being a rich hippie for the first time – I had purchased a ranch.”

The “Out on the Weekend” singer continued on to explain how the ranch came with a foreman named Louis Avila who’d lived there for years.

“And there was a couple living on it that were the caretakers, an old gentleman named Louis Avila and his wife Clara,” he said. “And there was this old blue Jeep there, and Louis took me for a ride in this blue Jeep. He gets me up there on the top side of the place, and there’s this lake up there that fed all the pastures, and he says, ‘Well, tell me, how does a young man like yourself have enough money to buy a place like this?’ And I said, ‘Well, just lucky, Louie, just real lucky.” And he said, ‘Well, that’s the darndest thing I ever heard.’ And I wrote this song for him.”

The song compares a young man’s life to an old man’s and shows that the young man has, to some extent, the same needs as the old man.

Old Man was the first song recorded for Harvest, a full-length album produced by Young, Elliot Mazer, Henry Lewy, and Jack Nitzsche. The song features Linda Ronstadt and James Taylor on backing vocals, with Rondstadt on acoustic guitar and Taylor on the banjo. The recording also features Ben Keith on pedal steel guitar, Tim Drummond on bass, and Kenny Buttrey on drums. In addition to Old Man, the Harvest spawned other great songs like “The Needle and the Damage Done” and “Heart of Gold”.

The Legacy of ‘Old Man’

Often touted as one of Young’s best songs, Old Man has been covered extensively by the likes of Bob Dylan, Lizz Wright, and Puddle of Mudd. It is heard in the soundtrack of movies like Wonder Boys and Lords of Dogtown. The live version of Old Man performed at the Live at Massey Hall 1971 show is featured in the movie Due Date.

During the memorial service for Heath Ledger, the song played alongside a slideshow of pics from the late actor’s life — which ended before Ledger could become an old man.

Watch: What Do Bruce Springsteen’s ‘Blinded by the Light’ Song Lyrics Mean?