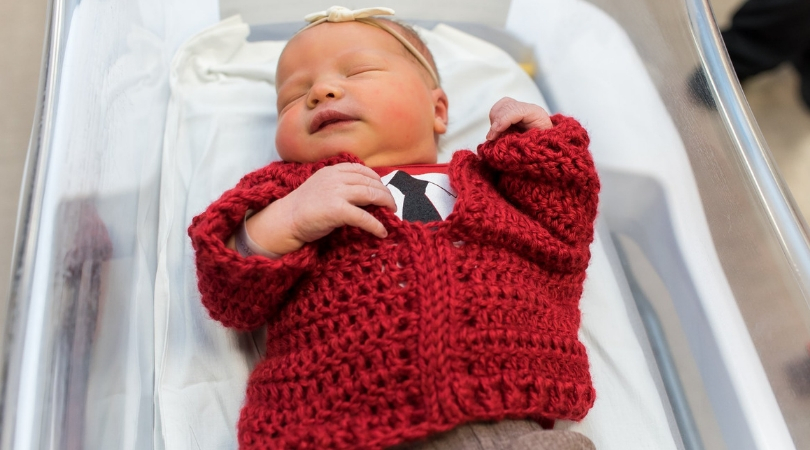 In lieu of your daily dogs (or cats) of Instagram scroll for that daily dose of wholesome, here’s a substitute: babies in cardigans. More specifically, red cardigans as Mister Rogers.

If “Won’t You be my Neighbor?” sounds familiar to you, so will this concept. The Allegheny Health Network West Penn Hospital in Pittsburgh, Pennsylvania celebrated Cardigan Day and World Kindness Day on November 13, by dressing the newborns in Mr. Rogers’ signature style cardigans.

Needless to say they did this because he was the icon for both kindness and cardigans. WQED declared Cardigan Day in honor of the late Fred Rogers. The babies also donned the cutest black and grey ties and bowties, as Mr. Rogers did all those days he was starring in the PBS children’s television favorite, Mister Rogers’ Neighborhood in his neighborhood of make-believe.

The babies were dressed just in time for the “A Beautiful Day in the Neighborhood” premier. The film is about Fred Rogers, probably the kindest man who ever lived, who also happened to be a Pittsburgh native. The movie is in theaters this fall.

A few hospitals in the Pittsburgh area celebrated Cardigan Day in this fashion. UPMC Magee-Women’s Hospital got festive for the WQED proclaimed holiday by wearing crocheted cardigans and sneakers that were hand-made by one of the UPMC Magee nurses! The wife of the late Fred Rogers, Mrs. Joanne Rogers was even in attendance at this event as a special guest!

The genuine, transparent life that Fred Rogers lived not only created a world of TV shows and books, but a legacy bigger than his name. With a legacy that big, he showed the world true kindness in a time where tensions were tough, speaking for what he believed in. The world couldn’t be the same without him.