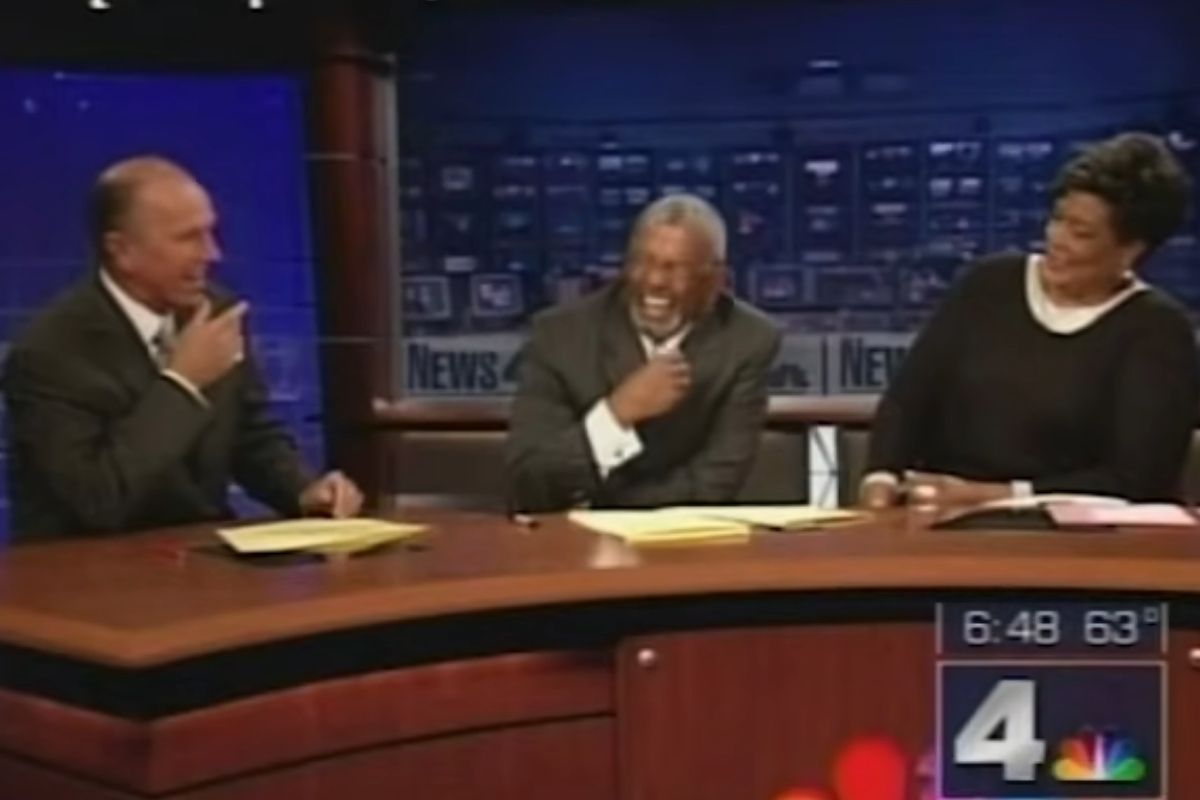 Back in 2006, YouTube had only been around for a year and didn?t have the same popularity or ubiquity it does now. A video might go viral in its own ?00s way, but its notoriety didn?t tend to last long at all. For better or for worse, these days an embarrassing video is forever. Take this now-famous video of newscasters Jim Vance and George Michael of the Washington, D.C. NBC affiliate News4. While trying to report on a fashion show mishap in which a model falls while walking a runway not once but twice, the news anchors can’t stop laughing as the production team continues replaying the video. Fifteen years later, thanks to the magic of YouTube and social media, people are still laughing.

A Runway Fall Leads To A News Report Gone Wild

The video starts out like any other report; news reporter Jim Vance calmly explains that it?s Fashion Week in Paris ?but there was a problem out there today.? As the tape runs of the Vivienne Westwood runway show, Vance manages to keep it together as the poor model goes down for the first time, solemnly reporting ?a model fell down twice; that?s her going down once.? However, the model?s second fall is much more dramatic. She tries desperately to stay up on her platform shoes, ankles violently veering back and forth at extremely painful-looking angles, before she collapses in a heap, dropping the watering can she is inexplicably carrying as another model, completely deadpan, continues stalking her way up the runway. This is just too much for Jim Vance, who starts laughing, announcing ?That had to hurt. That?s not cool.? This sends sportscaster George Michael, who is also sitting at the news desk, into his own bout of hysterical laughter, and the two men are soon wheezing with mirth right on live TV as co-anchor Susan Kidd looks on bemusedly. It seems like an SNL sketch come to life, but it’s not live from New York, it’s live from Washington, D.C.

Kidd eventually comments ?You try walking in those shoes!? Michael, now completely beside himself, replies ?First of all baby, I got enough meat on me that it?s all right,? perhaps concerned that the model?s thin frame doesn?t offer enough fall protection. Vance, for his part, is repeating ?George! George!? through his laughter and you can hear someone else in the studio cracking up as the fall is played once more, this time in slow motion.

The clip has become an internet classic; it even has its own entry on Know Your Meme and the video often shows up on funniest or best tv news bloopers fails compilation playlists, along with inopportune on-air farts, news reader mispronunciations and Freudian slips, weathermen?s hairstyles getting ruined by gusts of winds, and all the other goofy moments we turn to when we?re having a bad day and just need a laugh.

In 2017, News4 announced that they?d found the model who?d taken that series of falls all those years before. Her name is Kamila Wawrzyniak and she has a sense of humor about the video, saying she, too, finds it ?the funniest thing I have ever seen…and with those two guys laughing at me, it was even better. It makes me smile every day.” Carol Kidd has also commented on the infamous moment, saying she wasn?t as amused as Vance and Michael because she was concerned that Wawrzyniak had been hurt, noting ?I feel like now I’m the stick-in-the-mud because I’m the one who wasn’t cracking up, but I felt really bad for her. I?m glad she finds it funny though.?

Both Jim Vance and George Michael have, sadly, passed away; Vance died of lung cancer in 2017 and Michael died of leukemia in 2009. Fortunately, their hilarious moment of levity will live on forever, thanks to the internet, and continue entertaining people for a long time to come.