The Story Behind Oasis’ ‘Wonderwall’ and Their Connection With The Beatles 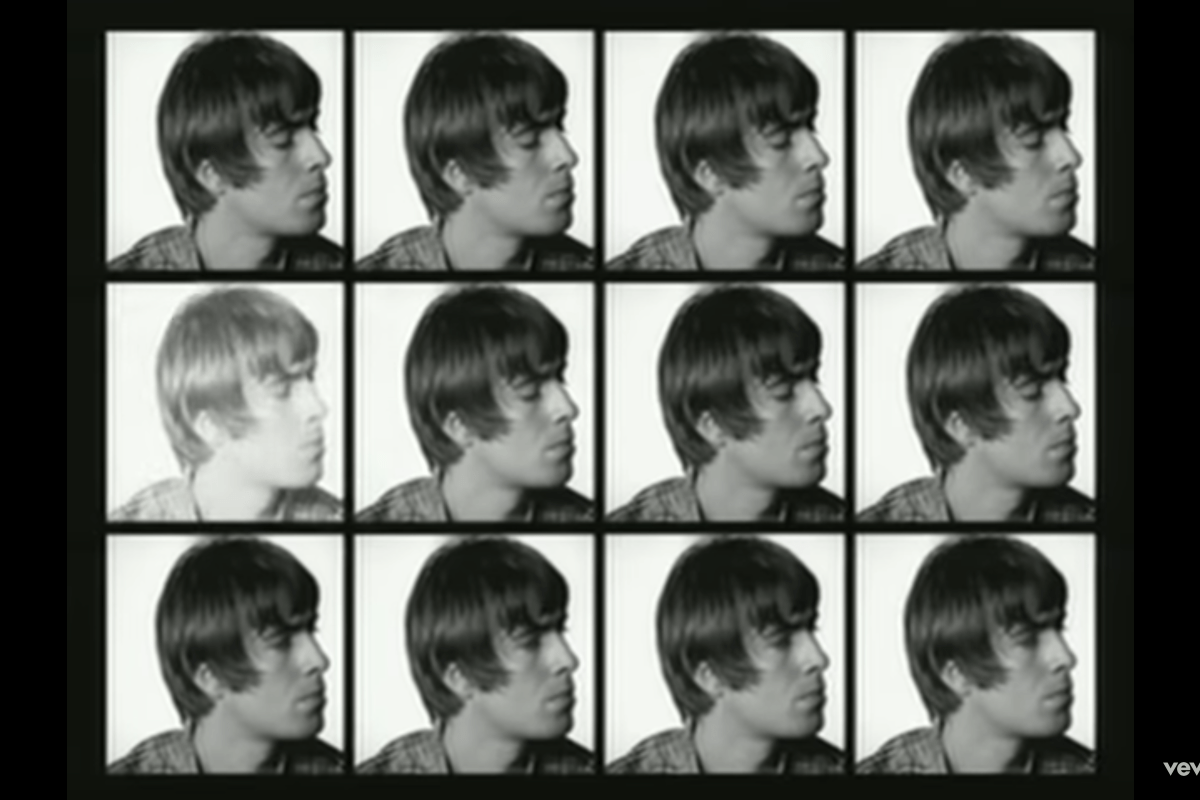 “I can’t f***ing stand that f***ing song,” Oasis singer Liam Gallagher says of their international super-hit, “Wonderwall.” The song, released in 1995, defined its era of British indie-pop and snowballed into a mass cultural fixation. Gallagher’s forceful, whining voice is distinct from the first second of “Wonderwall”: “Today is gonna be the day that they’re gonna throw it back to you…” I’m sure the next line is already forming itself in your mind. With succinct end rhymes, it’s as if Oasis specially designed a song to get stuck in our heads. “By now, you should’ve somehow realized what you’ve gotta do!” But what is the meaning of that song’s vague lyrics? And why does Gallagher so despise his number one ballad?

Clues Inside the “Wonderwall” Music Video

Oasis’ black-and-white music video kicks off with a spinning record, then cut to Liam Gallagher solo strumming an acoustic guitar. This immediately retro feel colors “Wonderwall,” and Oasis in general, as the type of music that could have dropped in an earlier decade. Gallagher’s trim mop-top and dark circle glasses look like a direct nod to the Beatles, John Lennon in particular. At 3:00, a Warholian split screen of Gallagher’s face channels any classic Beatles poster. At 3:15, spliced into 12 squares, Gallagher’s reflection perfectly mirrors the cover of A Hard Day’s Night (the album, not the movie). But allusions to the Beatles determine more than just the music video; the connection holds the key to the meaning behind “Wonderwall.”

Wonderwall Music was the title of George Harrison’s first post-Beatles venture. In his debut solo album, Harrison pushed beyond typical Beatles fare to center classical Indian influences. Harrison worked with an array of non-Western instruments, like the shehnai, sarod, and santoor. The result was a kaleidoscope of unique, ethereal arrangements with almost no lyric. The album also soundtracked Joe Massot’s 1968 film, Wonderwall. Its premise concerns one lonely recluse who obsessively looks through a hole in his wall to spy on his neighbor: the beautiful and deeply troubled Penny Lane. In this instance, the “Wonderwall” is literal; a physical barrier that, for a Peeping Tom, leads to the fantastic. The idea is not dissimilar from the painting by Bob Gill which graces the cover of Harrison’s Wonderwall Music. In the picture, a silhouetted man (characterized by an umbrella and bowler hat – very Magritte, very stuffy) is separated from a sprightly phantasmagoria by one foundation of red brick.

Taking this into account, Oasis’ “Wonderwall” poses the song’s recipient as someone who might lead the singer into a whole new world. Songwriter and guitarist Noel Gallagher have described the subject differently in various interviews. He told Rolling Stone in 1996, “A Wonderwall can be anything… It’s just a beautiful word.” The same year he told NME, the Oasis song was about his then-girlfriend Meg Matthews. In 2002, Gallagher contradicted the statement about Meg Matthews on BBC (they’d since married and divorced) and named the inspiration for “Wonderwall” as an “imaginary friend.” This no doubt fits into the Penny Lane-Manic Pixie Dream Girl mold, regardless of whether his own imagination once resembled Meg Matthews.

More than just an object of affection, the imaginary friend in “Wonderwall” – like a child’s – acts as a spiritual conduit for a tortured urban soul. As if emotionally deadened, Gallagher sings: “there are many things that I would like to say to you, but I don’t know how…” Just as George Harrison searched beyond language to complete Wonderwall Music, Oasis created a layered song to explain what words cannot. It seems fitting that a band that characterized 1990’s Britpop would take such inspiration from the Beatles, a group that both fulfilled and challenged the expectation of pop stars long before indie-alternative movements were born.

Following Definitely Maybe, Oasis’ recorded their second album, (What’s the Story) Morning Glory? in 1995 at Rockfield Studios in Wales. It was released by Creation Records, a champion of the Britpop movement. “Wonderwall” is the third track on the album. It was written by Noel Gallagher, who was the lead creative force behind Oasis and the brother of Liam Gallagher. The siblings generally split the bands’ vocals. In fact, Noel had offered Liam a choice between singing on “Wonderwall” or “Don’t Look Back in Anger,” another single off (What’s the Story) Morning Glory? Unknowingly, Liam signed on to voice the biggest hit of their lifetime. So with Paul “Bonehead” Arthurs playing mellotron and Alan White on drums, Noel stuck to the guitar on “Wonderwall.” None of them expected it would reach number eight on the US Billboard Hot 100, and chart at number two in their home of the United Kingdom.

Like his brother Liam, Noel Gallagher also laments the unmatched success of “Wonderwall.” He’s said, “Outside of England, it’s the one we’re famous for all over the world, and it annoys the f*** out of me… It’s not a f***ing rock ‘n’ roll tune. There’s quite a vulnerable statement to it.” But even if the Gallaghers resent “Wonderwall,” it’s a feat that Liam Gallagher’s piercing lead vocals have stuck inside the heads of Oasis fans for so many years. Despite symbolic ties to the work of George Harrison and the Beatles, “Wonderwall” could easily have flopped. With a declaration of love bordering on cliché, the tone becomes all-important. And here, as Noel noted, that tone is vulnerable.

Thanks to the loud and crystal-clear production by Owen Morris, Liam Gallagher’s discrete twangs and wrought emotion sound unnervingly emo. When Gallagher sings, “All the roads we had to walk are winding,” you can almost hear him complaining as the song, too, builds up and up. Gallagher makes statements in “Wonderwall,” but he does so at his own pace. Instead of rolling you’re eyes at “Maybe, you’re gonna be the one that saves me…”You believe him. After all, you’re the Wonderwall.

And yeah, yeah, it’s easy to make fun of. It’s the reason why we all knew a guy brought an acoustic guitar around and tried to get the “Wonderwall” chorus going. (The Oasis song is typically beginner level for guitar.) But maybe, instead of being so cynical, we could just admit that it feels good to belt out. Maybe the Gallagher brothers could admit it too.