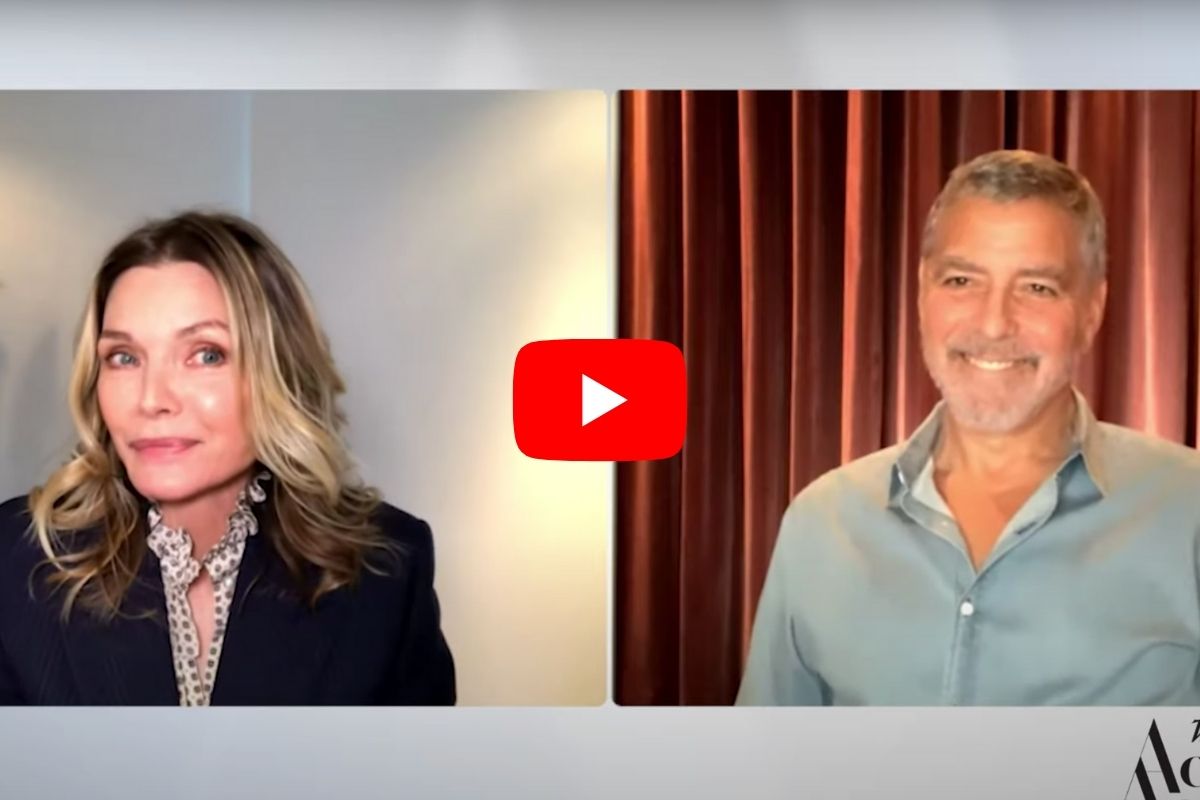 One Fine Day, a romantic comedy classic, stars George Clooney as the leading man opposite Michelle Pfeiffer. This 1996 film from 20th Century Fox is a rare — arguably the only — example of Clooney acting in a “chick flick.” Through the rom-com role, Clooney wowed alongside co-star Pfeiffer as two frazzled single parents struggling to make it through the day after their young kids miss the field trip bus.

Upon release, One Fine Day received little press, mixed reviews (it has a mere 50% on Rotten Tomatoes), and performed modestly at the box office. But in years since, the understated romantic tension between Pfeiffer and Clooney has turned a somewhat cheesy feature into a beloved sleeper sensation. Deservedly so. Yesterday the two celebs reunited virtually for Variety Studios: Actors on Actors to discuss One Fine Day… in honor of the 25th anniversary! The revelations were juicy.

Though predictable, the busy beats of the film make for a delectably indulgent watch. As Jack and Melanie’s snarky back-and-forth melts into heartfelt flirtation, it’s hard to imagine why George Clooney does not take on more romantic projects. Just think about it: Clooney towering over Michelle Pfeiffer in a cramped NYC kitchen set, coolly delivering lines like, “What would you do if I kissed you right now?” It’s no wonder Amal Clooney “can’t believe One Fine Day wasn’t a big hit,” as her husband George revealed in Actors on Actors.

WATCH: George Clooney?s First Starring Role was in ?The Attack of the Killer Tomatoes?