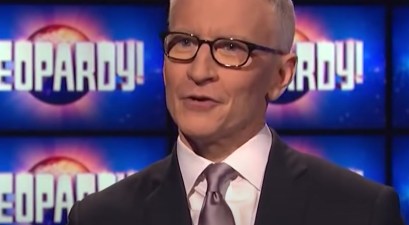 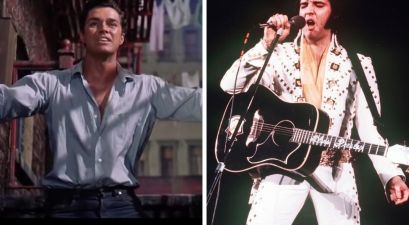 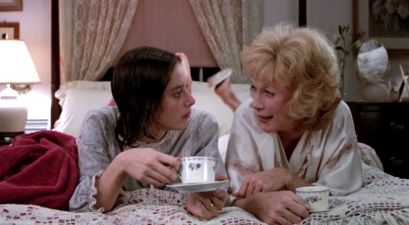 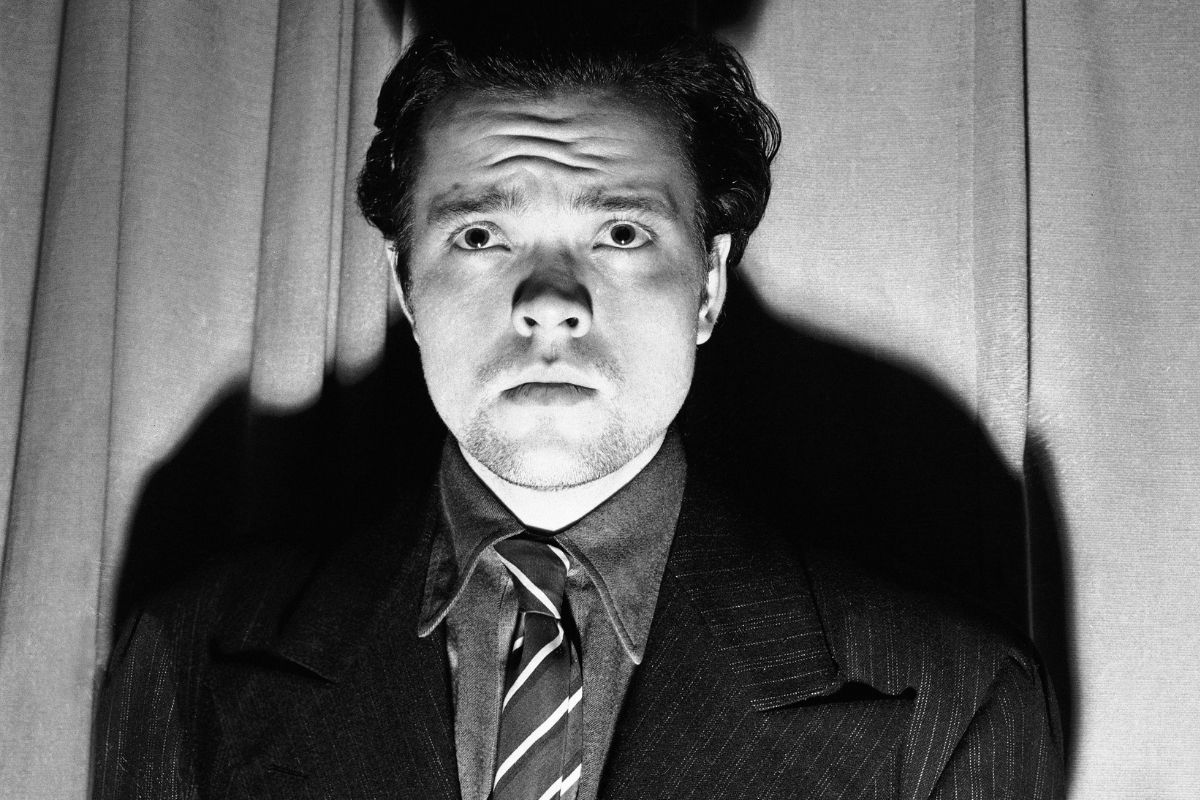 “Rosebud.” The single, mysterious word thrusts viewers into the decrepit world of Charles Foster Kane in Orson Welles’ extraordinary masterpiece, Citizen Kane. The story follows reporter Jerry Thompson as he struggles to piece together the puzzling life of this titular newspaper magnate, specifically: what does did his final word mean? And even though the Rosebud namesake is technically revealed, debates have raged for decades over just what that symbolism implies. In more recent years, the entire production of Citizen Kane has faced similar scrutiny.

Upon its release, Citizen Kane set the young filmmaker Orson Welles apart as a prodigious master of American cinema. But the new Netflix film Mank challenges the notion that Welles was responsible for the script at all. Now Mank has been nominated for a number of Academy Awards, including Best Picture. So perhaps the narrative surrounding the classic movie will change as viewers become aware of its contentious, and competitive, history of origin. Should Mank win an Oscar, the idea that Welles did not collaborate on the Citizen Kane script will be more than just a Hollywood rumor. It will be entered in the cultural record as a (seemingly) certifiable aspect of cinema history.

The Production of ‘Citizen Kane’

Citizen Kane draws from both the life of William Randolph Hearst and, arguably, the biography of Orson Welles to present a maximal story about one man’s ascent to power, marred by his loneliness and followed by his death. Welles, who played the lead role, was given complete creative control by RKO Pictures to direct the movie — which would be his first. Welles had made quite the impression on Broadway at the Mercury Theatre and after his legendary “War of the Worlds” radio broadcast, the young talent was courted by several studios. As the story generally goes, Welles contracted local editor and theater critic, Herman J. Mankiewicz to finish the script. Mankiewicz was to work with 300 pages of Welles’ notes, and under the supervision of another Welles collaborator, John Houseman. In the end, both Welles and Mankiewicz received screen credit for their writing contributions.

When Citizen Kane premiered in 1941, it was a critical favorite — that bombed at the box office. Due to William Randolph Hearst’s pre-release condemnation of the film, Citizen Kane received a little advertisement in print as all Hearst publications refused to mention the new film. Regardless, Citizen Kane won an Academy Award for Best Original Screenplay; co-writers Welles and Herman J. Mankiewicz shared the Oscar. Although it would take years for the rest of Citizen Kane to receive its due, the technical innovations in sound, special effects, and makeup — in addition to the powerful host of Shakespearian performances — were eventually recognized. For the latter half of the 20th century, Citizen Kane was lauded as one of the best movies ever made.

Modeled (almost directly) after the life of the powerful, conservative media tycoon William Randolph Hearst, the controversy was bound to pervade the release of Citizen Kane. Hearst’s widespread attempts to block the movie and slander the name of Orson Welles have long been studied. Welles, despite heartily proving his artistic merit in this early work, struggled to secure funding for work for the rest of his life. As a blackballed Hollywood outsider, the rest of Welles’ filmography was independent and based outside of California.

But in 1971, another controversy was introduced into the cult of Citizen Kane. The influential (and unconventional) film critic Pauline Kael’s 50,000-word essay, “Raising Kane,” was published and posited that Herman J. Mankiewicz alone was responsible for the revolutionary script. Appearing in The New Yorker in two parts, Kael’s essay relied on an unnamed primary source — John Houseman — to prove that Welles “never wrote a word” of what became his defining project. “Raising Kane,” initially conceived as the introduction to the first publication of the Citizen Kane shooting script, the flooring essay became a writ large defense of Hollywood screenwriters that took a direct stance against the prevalent “auteur theory.”

The auteur theory, which was championed by critic Andrew Sarris, suggests that in filmmaking it’s most often the director who is the resounding auteur, or artist, of a particular work. He or she alone is responsible for the look and thematic weight of their work. No doubt Citizen Kane is cleanly emblematic of this theory, as Orson Welles was not only the director but the co-writer, starring actor, and producer. Welles even reportedly fought Mankiewicz (and failed) to secure the sole writing credit. Because Citizen Kane was his vision. And, in a cinematic twist, Welles paid for it dearly with his own professional standing. (A modern example of the auteur would be the recognizable stylish Quentin Tarantino, who paid off his own co-writer — and fellow video store clerk — for sections of the Pulp Fiction script. Roger Avary received a mere $25,000 for his central contribution to the boxer storyline. And Tarantino earned the iconic movie poster which reads, simply, A Tarantino Film.)

Andrew Sarris was a contemporary of Pauline Kael and the two critics were bitter enemies. Sarris, along with many other critics and industry insiders, jumped to Welles’ defense — most notably Peter Bogdanovich in his Esquire piece, “The Kane Mutiny” — but the damage was done. Shoddy reporting methods by Pauline Kael and factual inaccuracies in “Raising Kane” were quickly exposed. But her essay popularizing the notion that Orson Welles did not write Citizen Kane forever tainted his legacy as the true storyteller of Citizen Kane.

Director David Fincher’s latest film, Mank, is now streaming on Netflix. Inspired by the mysterious controversy surrounding the Citizen Kane script, Fincher follows the life story of Herman J. Mankiewicz, played by Gary Oldman. Where so many biopics try (and fail) to portray the larger-than-life Orson Welles, Mank is a quieter study that seeks to capture an oft-forgotten figure: the screenwriter. Mank depicts a distracted Welles who had little at all to do with the first draft of Citizen Kane. However, Fincher’s project is more expansive than simply choosing one side over the other.

After Orson Welles hires Herman J. Mankiewicz to pen his new project, Mank churns out the scrip while bed-ridden, drinking himself half-to-death. (Mankiewicz eventually passed at the age of 55, severely weakened by his addiction.) Mankiewicz appears to find inspiration in the memories of his long career in Hollywood. Like Citizen Kane, Mank is told through a series of flashbacks. With retro cuts and its black and white appearance, David Fincher’s new film is both an ode to the classical cinema that precedes it and comments on the self-imposed eminence of “the greatest movie of all time.” Historical easter eggs for American film buffs include cocky appearances by Louis B. Mayer, the notorious head of MGM, and indulgent scenes at the Hearst Castle which directly rival the massive sprawl of Charles Foster Kane’s Xanadu.

Another highlight of Mank is Amanda Seyfried as William Randolph Hearst’s mistress, Marion Davies. Davies was long considered to be the real-life inspiration for the Citizen Kane character Susan Alexander. But Susan Alexander’s name comes directly from Rita Alexander, the dedicated assistant typed the script according to Herman J. Mankiewicz’s dictation. Rita Alexander also served as a key source to Pauline Kael as she pieced together “Raising Kane.” But there are two sides to every story, as Peter Bogdanovich relied on testimony from Orson Welles’s secretary, Katherine Trosper.

So maybe you find solace in Andrew Sarris’ auteur theory and like to imagine Citizen Kane as the grand, fateful opus of an unparalleled genius. Or you prefer to fixate on the complex nature of Herman J. Mankiewicz’s contributions. Either way, you might enjoy Mank. Because Citizen Kane, the production and the mythology of it, continues to fascinate movie lovers. It’s a prime breeding ground for competing for artistic takeaways. It’s timelessly American for its fixation on crooked media, violent wealth, fearful death. It’s Orson Welles at his most wildly energetic. It’s the greatest film of all time. Even if we’re split on who wrote it.

Editor’s Note: This article was originally published on January 6, 2021.

WATCH: The 1938 Radio Broadcast of ‘War of the Worlds’