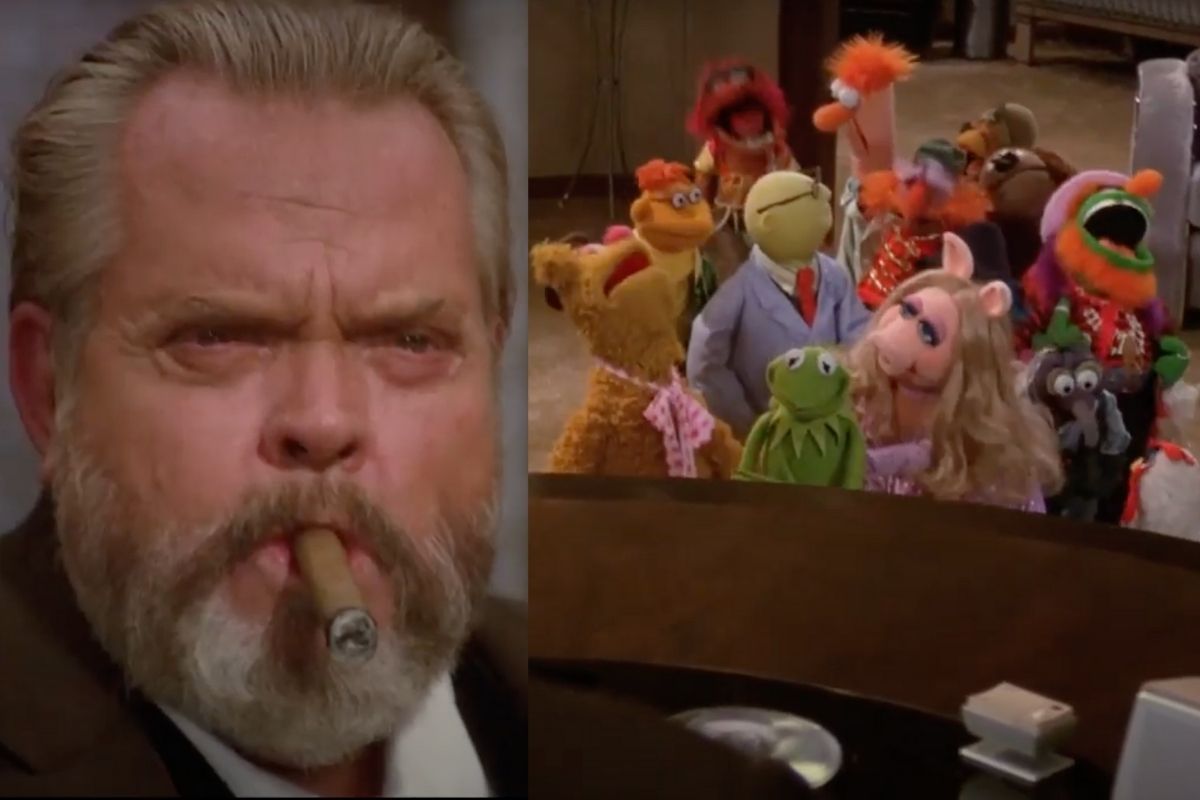 As an actor and director, Orson Welles is remembered for imposing, larger-than-life performances in classic pictures like Citizen Kane. But did you know he once brought that singular gravitas to a brief cameo in The Muppet Movie? Not only is it the greatest scene in the entire film, but it rivals even the most powerful moments of Welles’ historic filmography.

The Muppet Movie, directed by James Frawley and produced by Jim Henson, premiered in 1979. As the Muppets‘ first feature film and was filmed in the midst of The Muppet Show‘s third season. The Muppet Movie acts as something of a prequel, telling the origin story of the kooky crew: Kermit the Frog travels cross-country trip to Hollywood, meeting several show-biz hopeful Muppets along the way, including Miss Piggy, Gonzo, Fozzie Bear, Animal, and Big Bird. All the while, Kermit is being hunted by the nefarious restauranteur Doc Hopper (Charles Durning), who wants Kermit to help him sell frog legs.

Orson Welles in ‘The Muppet Movie’

In this iconic Muppets scene, Kermit and his fuzzy friends show up — all bright-eyed and bushy-tailed — to Hollywood hoping to become, simply, “rich and famous.” But first, they must meet with the intimidating studio head Lew Lord… played by none other than a gruff, cigar-smoking Orson Welles. His weathered face looms as if transported from another film entirely; the camera zooms in. The fifteen-second pause that follows Kermits naive request is then filled in with Welles at his most imperious. It’s a moment of Shakespearean proportions as the powerful character weighs his options, in huffy silence, and raising — ever-so-slightly — a single eyebrow.

Finally, he breaks: “Prepare the standard ‘rich and famous’ contract for Kermit the Frog and company.” The meta-joke goes over just right, thanks to Welles serious commitment to the bit part. No doubt, it’s one of his finer on-screen moments from that era.

In addition to acting in The Muppet Movie, Orson Welles interviewed Jim Henson, Frank Oz, and more of the Muppets gang in the pilot episode of his 1979 talk show — which never aired. Footage from the single episode of The Orson Welles Show is rare and was screened specially in 2013 at the opening event for Jim Henson: The Biography at the Museum of the Moving Image. You can view photos of that sweet reunion below.

Speaking to Dick Cavett in 1970, Welles revealed his deep love for Henson’s colorful creations and called Sesame Street “the greatest thing that ever happened to television.” You can watch that entire interview, linked above. Who knew that the world-weary Welles had such a soft soft for these lovable muppets?

From ‘The Orson Welles Show’