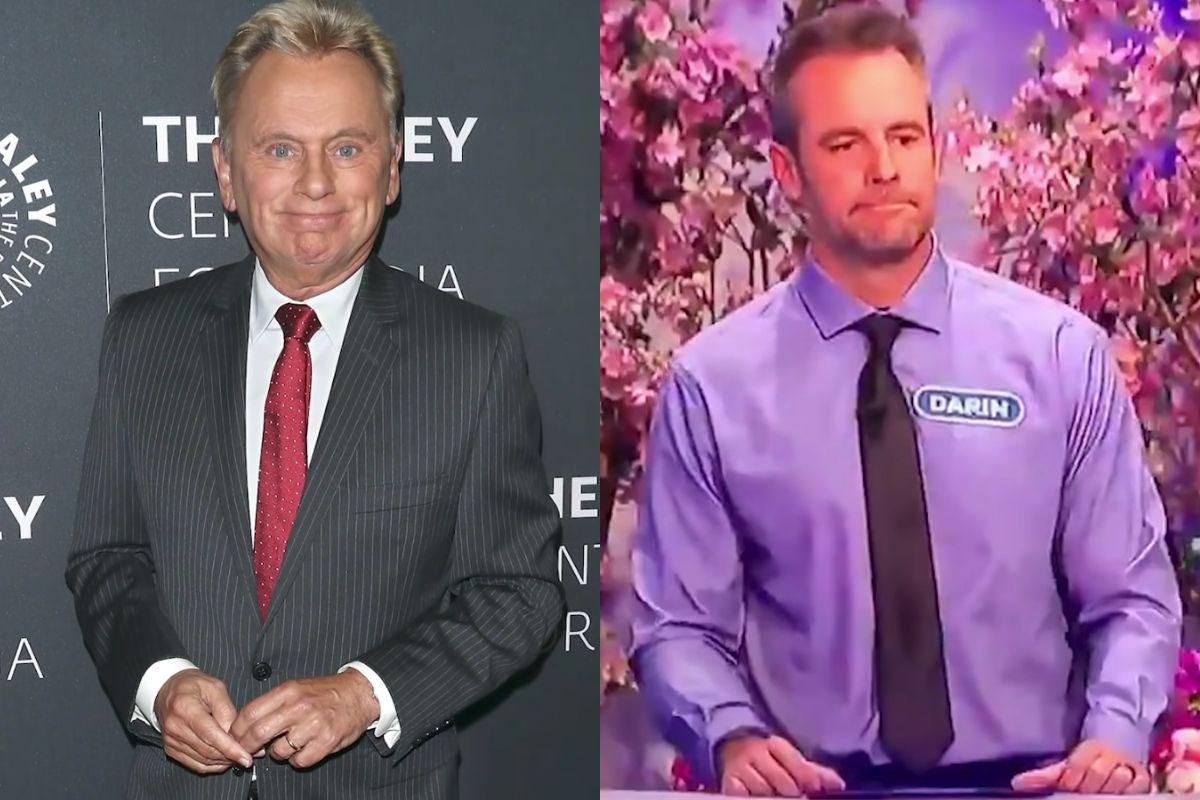 Those of you have been watching game shows like Family Feud and Jeopardy! for years, treasure when game show hosts slip up a little or let things come out when they shouldn’t. And it’s only natural when that happens, especially after hosting a game show over not just years, but decades. Meeting all kinds of characters in the contestants can definitely bring game show hosts to their breaking points, and sometimes that frustration is just too hard to hide on live TV.

Fans are debating on whether the beloved Wheel of Fortune host Pat Sajak hit his breaking point or whether he was just joking around. On last Wednesday night’s taping of the show, contestant Darin McBain just might’ve pushed the game show host over the edge, when he challenged one of the puzzle crossword answers. The task was to guess what word matches up with the word kitchen, to which McBain had guessed “cabinet,” “towels,” and “sink.” He guessed correctly when he finally said, “kitchen oven,” to which he immediately reacted, saying, “Kitchen oven? What was that? Who calls it a ‘kitchen oven?'”

Sajak, with no telling whether his tone is overly playful or actually frustrated, responds with, “Don’t! You won! Don’t argue, Darin! … You got the puzzle., Ungrateful players! I’ve had it!”

McBain ended up getting second place, but Sajak felt a little guilty for his outburst (again, joking or not!), and decided to apologize before the episode ended. With McBain being a legacy Wheel of Fortune contestant, due to his mother holding the title as a three-day champion on the game show back in 1982, Sajak said, “I’m sorry I yelled at you. It’s just, I don’t remember your mother giving us trouble like you did.”

I’m sure Alex Trebek is laughing from above at all the times he possibly accidentally lost it on screen. Nevertheless, fans enjoyed debating on social media, wondering if Sajak had a lapse in character or if it really was all part of his on-screen persona. I wonder if co-host Vanna White has had any breaking points on screen too.