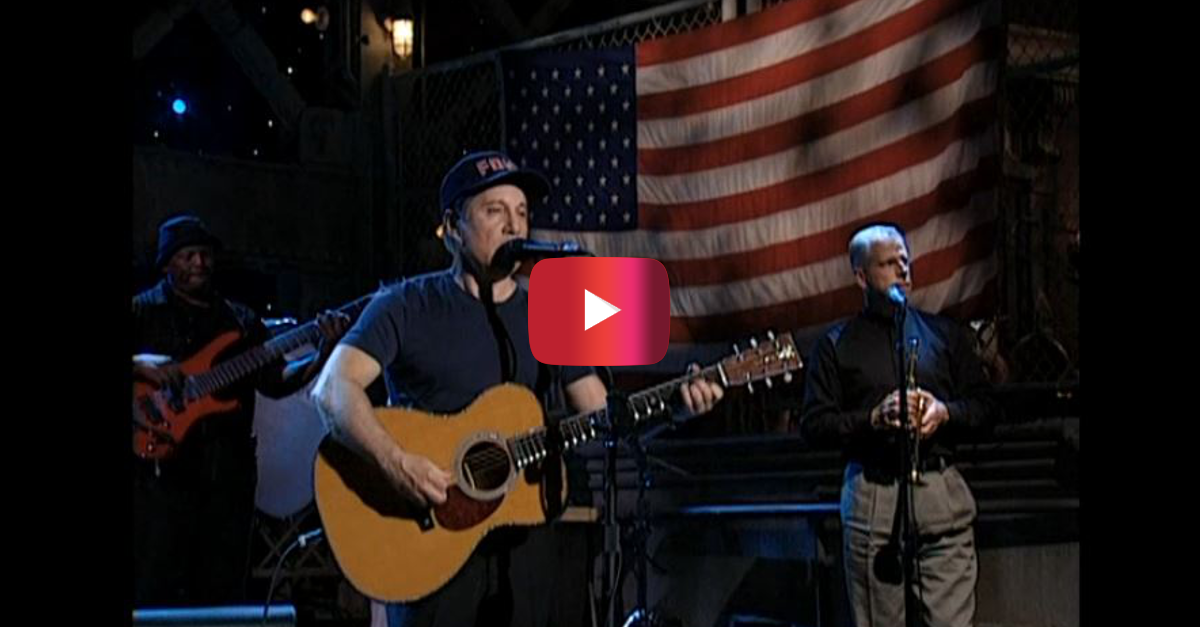 Eighteen days before the start of the 27th season of “Saturday Night Live,” the world was forever altered by the terrorist attacks on the World Trade Center and Pentagon in New York City, New York. Nearly every regular television program was stopped in their tracks, as the country processed its grief.

For NBC’s Saturday Night Live, the entire premise of the show was to be funny, and laughter was not something that was in ready supply at the moment. When the show eventually came back on the air on September 29th, 2001, New York City Mayor Rudy Giuliani opened the show, telling the world that the citizens of New York would “choose to live our lives in freedom.”

Behind Mayor Giuliani stood firefighters and police officers who had just come Ground Zero, the dust of the rubble dancing off their clothes and visible under the bright lights of the studio audience. After Giuliani spoke, the camera cut to singer Paul Simon, a native New Yorker and beloved songwriter who captured the evening’s somber tone with a performance of “The Boxer.”

When Simon finished his song, the camera returned to Lorne Michaels, who had now joined the mayor on the main stage. “I though that Paul singing, particularly singing that song would capture the strength of the city and the emotion,” SNL mastermind Lorne Michaels would later say. Amy Poehler also reflected on how her first episode on SNL was two weeks after September 11th.

The biggest emphasis was on how the first responders to 9/11 came on to SNL straight from Ground Zero. Lorne continued to explain how not only did the first responders help clean up the situation at the World Trade Center, but they appeared on the episode to help encourage all who were watching. It was beautiful to see how everyone came together to help move forward from the tragedy that had just occurred.

“Can we be funny?” Michaels asked, setting up one of the greatest moments in television history. “Why start now?” Giuliani responded, sending the audience into hysterics.

Editor’s note: This article was originally published on September 11, 2015.