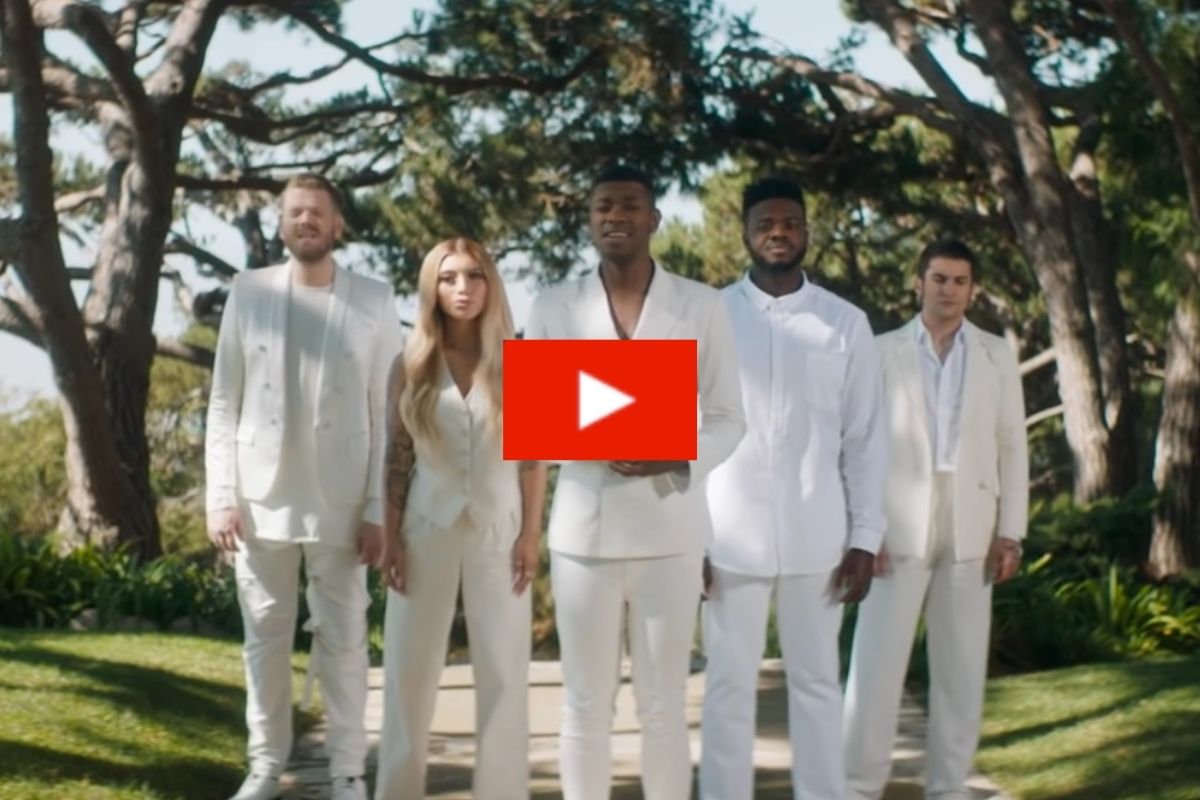 Scott Hoying, Mitch Grassi, Kirstin Maldonado, Kevin Olusola, and Matt Sallee of Pentatonix can tackle any a cappella project thrown at them. In fact, the talented quintet have probably taken songs and twisted them into amazing covers that no one could have ever thought to put together the way they have. And their range is limitless, covering anything and everything from Christmas songs to gospel classics.

Among the numerous gospel classics that they have so elegantly covered, you can’t be surprised that they hit the most classic one of them all. On one of their many Christmas albums, We Need A Little Christmas, they released “Amazing Grace,” a song that hits the soul over and over again when sung.

Their other Christmas albums include covers of “O Holy Night,” “Mary, Did You Know,” “Silent Night,” “Hallelujah,” and more. They’ve gone on tour with Kelly Clarkson and actually covered “Amazing Grace” on The Kelly Clarkson Show. The Grammy Award-winning group has also covered the likes of Dolly Parton, singing her hit “Jolene,” with her as well.

If you haven’t checked out their other stuff, then it’s worth exploring if you find yourself going down the tunnels of the internet. They have truly separated themselves from any other a capella groups and have actually set the standard for what it takes to be good. Even in losing one of their original members, Avi Kaplan, they haven’t dropped the ball at all with his replacement, Matt Sallee.

And with Christmas coming up sooner than later, you should check out their numerous Christmas albums. If you’re having any sort of celebrations this year (COVID-19 has really put a damper in any gatherings), this group’s music is the best to have on at all times. Talk about an endless source of incredibly wonderful and fresh Christmas music.

Watch: Pentatonix Tackles The Perfect Tribute In “The Evolution of Michael Jackson”