‘Punky Brewster’ and ‘Saved By The Bell’ Reboots Coming in 2020 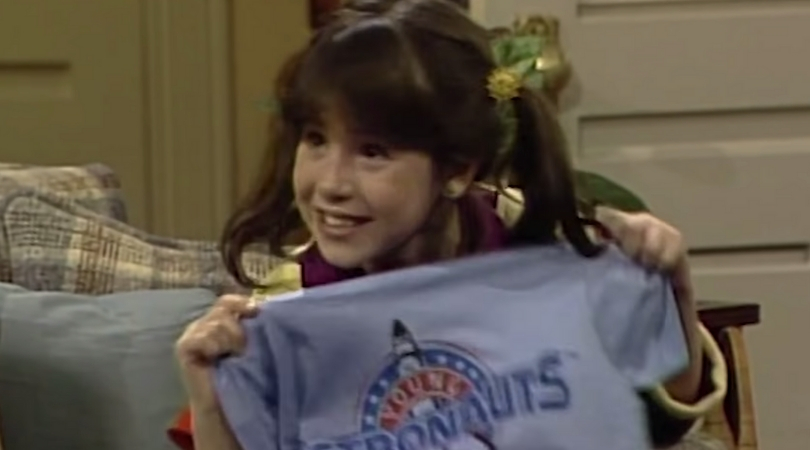 It looks like the reboots just keep on coming, and we are not complaining! Deadline has reported that both Saved By The Bell and Punky Brewsters will officially be revived at NBCUniversal’s Peacock streaming service. So time to bust out those oversized sweaters, blazers, and high-waisted jeans that yell you’re in the ’80s. Let’s just hope these reboots do a bit better than Roseanne and none of these actors get into some trouble.

The nostalgic TV shows will launch in April 2020, and both series will likely involve some of the original cast members. Mario Lopez (A.C Slater) and Elizabeth Berkley (Jessie Spano) will both return to Bayside High with our favorite 30 Rock character Tracey Wigfield, writing and executive producing. While additional actors are yet to be announced, an “official plot description” by the Hollywood Reporter suggests Zack Morris’s return involves him being a California Governor.

Att: Children of the 90s
🦚 NBC is rebooting #SavedByTheBell
📳The story involves CA GOVERNOR ZACK MORRIS!?!
🎬Mario Lopez and Elizabeth Berkley are on board!!!
🛎️The reboot will be on NBC's new streaming service Peacock, launching in April! @News4SA pic.twitter.com/Fgh1ofOOUW

“When California Gov. Zack Morris (the role memorably played by Mark-Paul Gosselaar) gets into hot water for closing too many low-income high schools, he proposes they send the affected students to the highest performing schools in the state ? including Bayside High. The influx of new students gives the over privileged Bayside kids a much-needed and hilarious dose of reality.”

Saved By the Bell celebrated its 30th-anniversary last month, which ran on NBC for four-seasons from 1989-1992. It starred Mark-Paul Gosselaar as Zack Morris, Mario Lopez as A.C. Slater, Berkley Elizabeth as Jessie Spano, Tiffani Thiessen as Kelly Kapowski, Dustin Diamond as “Screech” Powers, Lark Voorhies as Lisa Turtle, and Dennis Haskins as Principal Belding. There was also a spinoff of the sitcom, Saved By the Bell: The College Years, which ran one season in 1993-1994.

As far as one of my all-time favorite shows, Punky Brewsters, original star Soleil Moon Frye will also be involved in the reboot. The original series, which was created by David W. Duclon, ran for four seasons from 1984-1988, two on NBC and two in syndication. This new hybrid reboot/ multi-camera will feature the former “precocious girl” becoming a potential foster parent herself, after being raised by her foster-father. The show will open with Punky being a single mother, and she meets a young girl who reminds her of her past.

Soleil Moon Frye (@moonfrye) will reprise the role that made her famous in a continuation of the iconic '80s sitcom #PunkyBrewster for NBCUniversal's new streaming service https://t.co/LqQoCN507s pic.twitter.com/r6x60MO6Q0

“In this multi-camera/hybrid continuation of the iconic ’80s sitcom about a bright young girl raised by a foster dad, Punky is now a single mother of three trying to get her life back on track when she meets a young girl who reminds her a lot of her younger self. Soleil Moon Frye reprises the role that made her famous.”

The new follow-up series is executive produced and written by Steve and Jim Armogida, and Frye is also said to serve as an executive producer, along with Duclon and Jimmy Fox of Main event Media, an All3Media America company.

These two latest revivals were announced just after Jane Lynch revealed she had pitched a TV show to Netflix, calling it the modern-version of Golden Girls staring herself and Cyndi Lauper. Seems to me like it’s the summer of reboots! What’s next…Alf? You’re up, Amazon Prime.