Elliot Page Was Supposed to Star in ‘The Queen’s Gambit’ 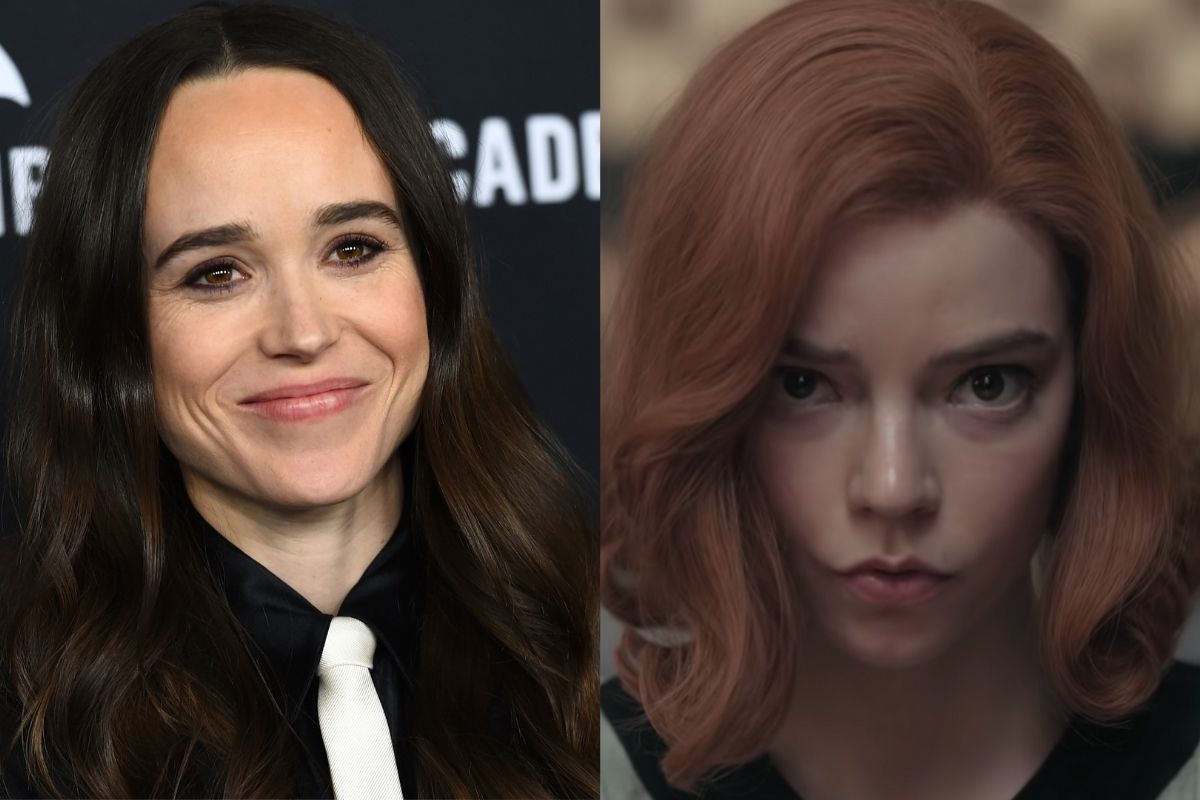 In the past two months, sales of chess boards in the United Sales have risen 125%. And no, that’s not due to bored quarantine blues, although it is the perfect time to pick up a new skill. Toy manufacturers have Netflix to thank for the sudden chess boom, as The Queen’s Gambit continues to find a massive audience. This delightful limited series follows Beth Harmon, a standoffish, pill-popping chess prodigy played by Anya Taylor-Joy, throughout her 1960’s adolescence sweeping competitive, international tournaments.

The unusual coming-of-age story has been praised for its meticulous style and historic world-building. The supple performance of wide-eyed Taylor-Joy is celebrated, launching the 24-year-old to instant stardom. (And if you just discovered Anya Taylor-Joy, I beg you: watch The VVitch!) But The Queen’s Gambit almost looked very different. Walter Tevis’ novel was meant to find an adaptation on the big screen in 2008 ? with Heath Ledger directing and Elliot Page in the starring role.

2007 was a huge year for both Heath Ledger and Elliot Page. With the premiere of Jason Reitman’s kooky dramedy Juno, Page was indie-darling of the year for his performance as the snarky pregnant teen. (Prior to coming out as transgender, Page was known by the name Ellen Page.) Like The Queen’s Gambit, Juno was a surprising box office success that is still considered a gem for its tender portrayal of an individual teen girl. Juno won the Oscar for Best Original Screenplay and was nominated for Best Picture. Newcomer Page was nominated for Best Actress. Immediately, Page was sought-out for new projects. Among them: Heath Ledger’s take on The Queen’s Gambit.

At the time Heath Ledger was filming the second installment in Christopher Nolan’s moody Batman trilogy, The Dark Knight. Expanding his typical range to portray an infamous villain, Ledger also came into his own directing chops. Nolan allowed Ledger to shoot his own warning videos as the Joker. And with each take, Ledger became more experimental and unhinged. Nolan was so impressed that he did not even sit in on some of Ledger’s scenes, allowing the actor full creative control. It was then that Ledger began planning a film adaptation of The Queen’s Gambit with Allan Shiach, who had acquired the rights to Walter Tevis’ beloved novel. (Schiach would go on to co-create the Netflix series alongside Scott Frank 12 years later.)

Heath Ledger’s connection to the source material was natural. Ledger struggled with addiction and was known to abuse prescription pills. Like chess whiz Beth Harmon, his intoxicating talent was at odds with intoxicating vices. While filming The Dark Night, Ledger’s lifelong insomnia worsened and he compensated by increasing the dosage of his prescribed pills. On January 22, 2008, Ledger overdosed and died in New York City. An autopsy revealed amounts of oxycodone, hydrocodone, diazepam, temazepam, alprazolam, and doxylamine in his blood. At just 28 years old, he did not live to begin The Queen’s Gambit. He did not even live to see The Dark Knight completed. The film was released in July of 2008, and Ledger posthumously won an Oscar for his chilling performance.

With the death of Heath Ledger, The Queen’s Gambit project was abandoned. The world will never know what Elliot Page might have been like as Beth Harmon ? although the pairing of Ledger and Page would have probably been a late-aughts masterpiece. In a New Yorker piece critiquing the casting of Anya Taylor-Joy, author Sarah Miller complains that Taylor-Joy is simply too pretty to play the awkward chess prodigy. Miller, a longtime fan of the book, says Harmon is described in the text as average looking, “with dull brown eyes.”

Taylor-Joy’s impossibly large eyes are, obviously, anything but dull. Striking and angular, the former model’s look mimics and intensifies, the unique talent of her character. And while Page is, of course, good-looking, his is a more natural beauty. One with softer edges. (It’s why, in part, Juno was such a breath of fresh air.) Taylor-Joy’s Harmon is superhuman and entertaining as hell, but it’s interesting to envision what a more realistic portrayal might have looked like. A portrayal directed by the careful and understanding hand of Heath Ledger.

Of course, Elliot Page did just fine without The Queen’s Gambit. Page went on to star in Whip it, X-Men: Days of Future Past, Inception, and most recently, The Umbrella Academy on Netflix. In this most recent role, Page plays fan-favorite Vanya Hargreeves. On December 1, 2020, Elliot Page came out as transgender on social media. He shared this message, ?Hi friends, I want to share with you that I am trans, my pronouns are he/they and my name is Elliot. I feel lucky to be writing this. To be here. To have arrived at this place in my life.”

He continued, ?I feel overwhelming gratitude for the incredible people who have supported me along this journey. I can?t begin to express how remarkable it feels to finally love who I am enough to pursue my authentic self. I?ve been endlessly inspired by so many in the trans community. Thank you for your courage, your generosity and ceaselessly working to make this world a more inclusive and compassionate place. I will offer whatever support I can and continue to strive for a more loving and equal society.?

Watch: The Fire Drill Opening Scene from ?The Office? is a 21st Century TV Classic