Queen’s Performance at Hyde Park Drew a Crowd of Over 150,000 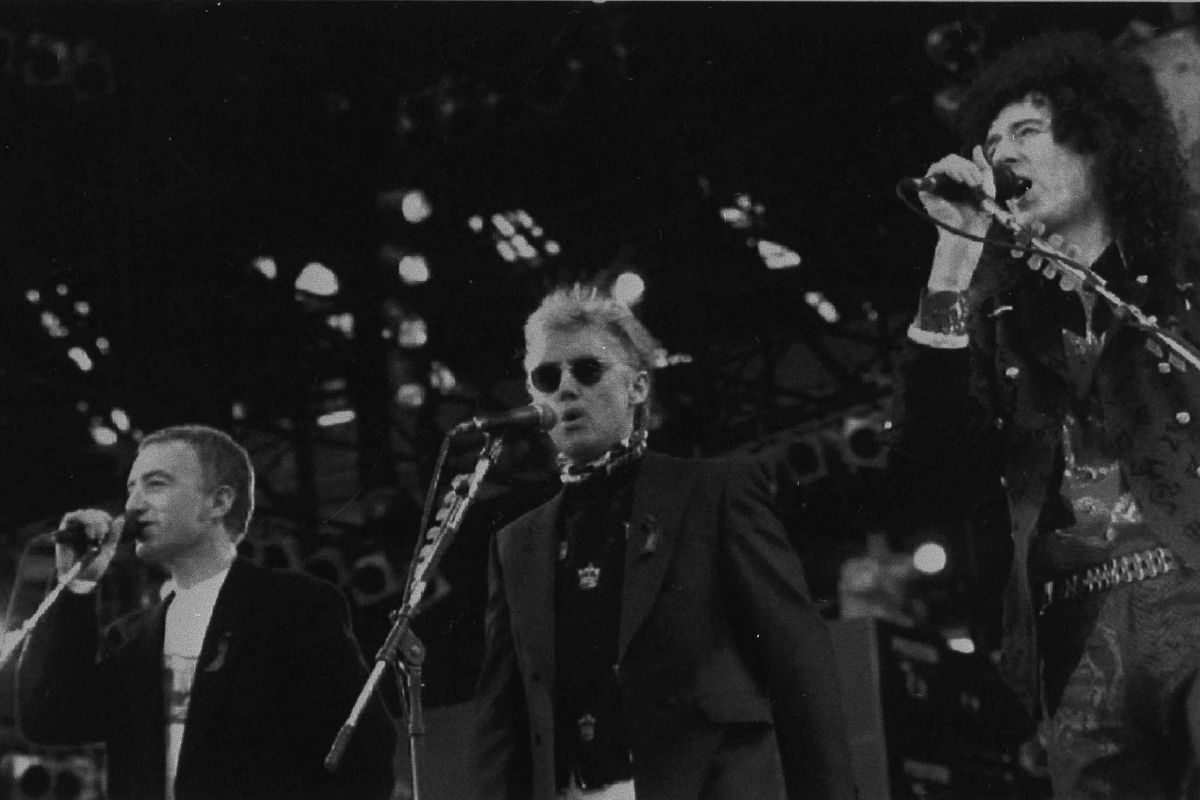 In 1976, the British rock band Queen was just starting to experience international success. Their album A Night at the Opera sold over six million copies, with the larger-than-life breakout hit, “Bohemian Rhapsody,” charting at number one in the UK. Although “Bohemian Rhapsody” became a beloved earworm almost instantly, A Night at the Opera was a risky release. At the time, it was the most expensive album ever produced and timing in at nearly six minutes, the record’s dominant track was twice as long as most radio singles. But it all came together for Queen. In less than a year from the release of A Night at the Opera, they were performing live in London’s Hyde Park to a crowd of 150,000 people. It was their first concert to attract such a massive audience, and the historic event solidified Queen’s reputation as a major artistic force in their homeland of England.

Leading Up to the Concert

The concert in Hyde Park was the last stretch of Queen’s brief tour around England. Drummer Roger Taylor described the concept during an interview with BBC later that year, “We thought it would be nice to do something different in England, rather than do the same old… same old places. And we thought we’d like to do a free concert, and the best possible venue that occurred to us was Hyde Park because it was more central than any other. It was an awful lot of trouble, to, to get permission to play in the park, to hold the event, it cost us a fortune, etcetera, but in the end, it was worth it… to do something for nothing.”

The Hyde Park gig was organized by entrepreneur, and future billionaire business magnate, Richard Branson whose burgeoning company, Virgin Records, represented Queen. In many ways, the oversized event became emblematic of the British music scene during the 1970s. Taking place on September 18, 1976, the concert occurred on the sixth anniversary of Jimi Hendrix’s untimely death. David Hancock’s mixed review in Record Mirror noted Brian Mays’ angelic style choices as borrowing from the late guitarist, although he assured that “Queen aren’t Hendrix. They’re Queen. Or to put it another way, they’re Freddie Mercury.” In addition to the air of Hendrix influence, Queen’s Hyde Park jamboree featured other popular acts of the day, like Supercharge, Steve Hillage, and Kiki Dee who performed “Don’t Go Breaking My Heart” alongside a cardboard cutout of Elton John.

Wanting to delay the concert until nighttime so that their smoky stage lighting would have a maximal dramatic effect, Queen would have to shorten their setlist compared to the rest of the United Kingdom tour. Always in favor of the theatrical, Queen’s charisma-fueled decision ultimately led to an enormous, rowdy crowd – that eventually was shut down by the cops.

When Queen finally took to the stage, the hundreds of thousands of fans gathered in the park were restless. “We want Queen!” the people shouted. And Queen, high-octane as ever, was what they got. Despite some tweaking of the live performance due to time constraints, the headliners performed a whopping 20-song setlist attached below.

When the show ended, the chanting crowd demanded sn encore. But worrying that the situation was volatile, the London police force would not allow Queen to continue performing and cut power to the park. Through the pitch-black dark, 150,000 screaming fans were evacuated. Brian Mays complained about the police intervention in an interview the following year: “Everyone was peaceful and having a good time,” he said. “[The police] got very frightened because there were 150,000 people in Hyde Park in the dark, and they thought they were going to get out of hand. But in fact, there was no possible danger happening at all. Everyone was peaceful and having a good time.” The whole band was disappointed that their encore was cut, having prepared for months. Nobody might have guessed that the raucous, messy Hyde Park show would go down in rock and roll history.