The Meaning Behind R.E.M.’s “Losing My Religion” 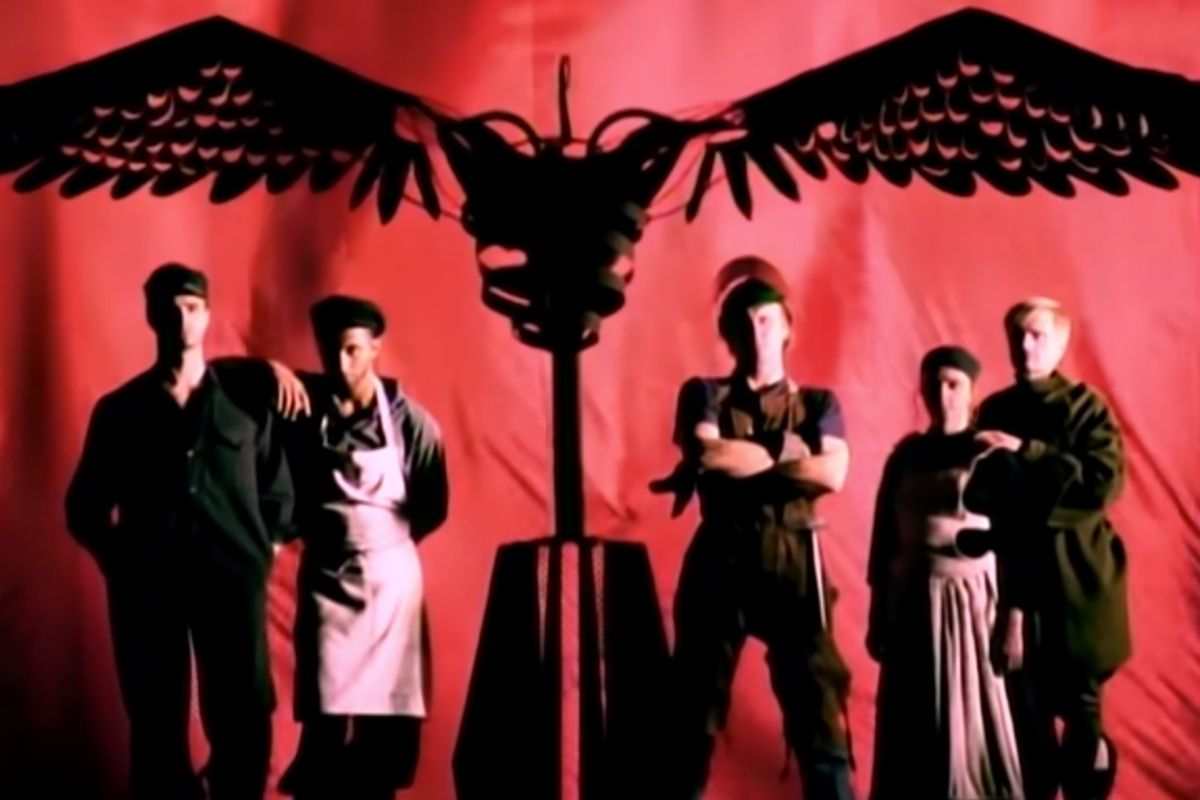 I was 12-years-old when I first picked up a guitar and began to learn thanks to videos on the internet. It was then that I realized that music was an important part of my life, and today it is still one of the things that keeps me going. But, what has always been my bread and butter are lyrics. There’s something about lyrics that I love, especially when they have a meaning to them.

Ever since I can remember I’ve been deciphering lyrics left and right, trying to figure out what the artist felt the moment they wrote them. I grew up on 90s alternative rock, everything from Aerosmith, Fleetwood Mac, The Who, The Doors, R.E.M, and Matchbox 20, and I’m pretty sure everyone can agree that all of these bands had amazing songs and lyrics.

But one song that definitely touched my soul was Losing My Religion by R.E.M thanks to those beautiful and powerful lyrics. Losing My Religion was written by Peter Buck, Billy Berry, Mike Mills, and frontman Mike Stipe. It was released on the group?s 1991 albums Out of Time. If you had a radio in 1991 you probably heard the song to one of the most unlikely top 40 singles of all time. Stipe has numerously comped the song to The Police’s Every Breath You Take.

The track turned the band into International superstars, foreshadowing their lyrics, ?that’s me in the corner. That’s me in the spotlight.? The song garnered extensive airplay on radio as well as on VH1 and MTV due to its critically acclaimed music video. The video was modeled after the Gabriel Garcia Marquez short story A Very Old Man with Enormous Wings, directed by Tarsem Singh.

The band did have success before the song, creating several hits such as It’s The End of The World and The One I Love, making them all-star rock and rollers. But, according to bassist Mike Mills, this is the song that changed the band forever. He stated, ?There?ve been very few life-changing events in our career because our career has been so gradual. If you want to talk about life changing, ?Losing My Religion’ is the closest it gets.? Apparently, Warner Bros., which was the band’s label, was initially opposed to using the song as a lead single for their album Out of Time, mostly because it was in a minor key (E minor, A minor, D, and G) and it didn’t have a chorus.

The story goes that guitarist Peter Buck came up with the song signature riff while watching TV with the tape recorder on. He was messing around with the guitar he had just bought, and the chords came to him out of nowhere. He stated, ?When I listened back to it the next day, there was a bunch of stuff that was really just me learning how to play mandolin, and then there?s what became ?Losing My Religion,? and then a whole bunch more of me learning to play mandolin.? The song was recorded in Bearsville Studios in Woodstock, New York, where lead singer Michael Stipe nailed the vocal part.

Unlike other early alt-rock R.E.M. songs, Losing My Religion features several lyrics that one can understand, but, they were largely misunderstood by several people. Mostly because people thought that it was sacrilegious, and people thought this band was advocating that you reject the church and stop celebrating Christmas. But, what people don’t know is that it is actually an old southern expression for being at the end of one’s rope, and at that certain moment when politeness decides to give away to anger. Basically, it’s an expression for the southern region in the United States that means losing your temper, saying that if things were going so bad one can lose their faith in God. Speaking about the meaning, Stipe noted,

?Okay. This song is beloved around the world. It is. It wasn?t our fault; it just happened, and it?s one of those freaky things and we?re really proud of it. When you have a crush on somebody, and you think that they understand that but you?re not sure, and you?re dropping all kinds of hints, and you think that they?re responding to these hints but you?re not sure; that?s what this song is about: thinking that you?ve gone too far, you?ve dropped a hint that is just the size of Idaho, and they responded in a way that may be confused you, or they haven?t responded at all or they responded in a way that seemed like ?well, maybe I?m gonna- maybe I?m- maybe something?s gonna happen here!? and I think I?ve probably said this seven thousand times, but the phrase ?losing my religion? is a southern phrase which means that something has pushed you so far that you would lose your faith over it. Something has pushed you to the nothing degree, and that?s what this is about. Now, some people still think that it?s a song about religion; it?s not. It?s just a song about having a crush.?

The song quickly became the band’s highest-charting hit in the US, reaching number 4 on the Billboard Hot 100, and expanding the group’s popularity beyond their original fan base. Their album, Out of Time, garnered the band seven nominations at the 1992 Grammy Awards, which is the most nominations of any artist that year.

The band won three awards for Best Alternative Music Album and two for Losing My Religion, Best Short Form Music Video, and Best Pop Performance by a Duo or Group With Vocals. The music video in itself was nominated in nine categories at the 1991 MTV Video Music Awards. The alternative rock band didn’t really have another hit like Losing My Religion, but they still managed to rule the radio for several years with classics such as Everybody Hurts and Man in the Moon.