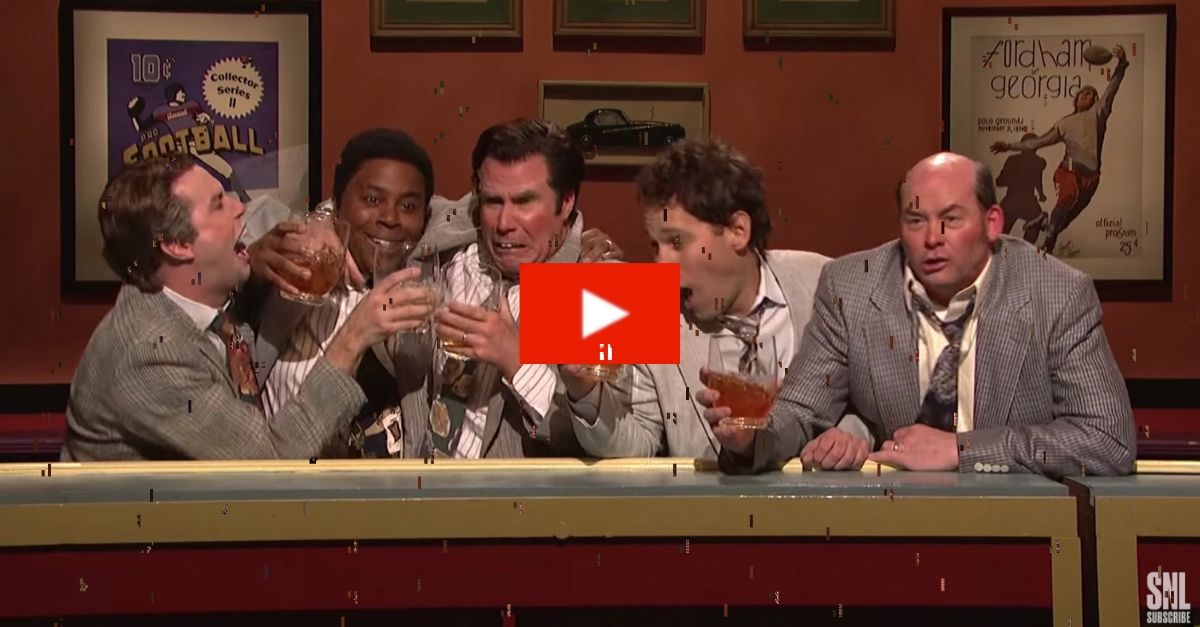 If you’ve ever been annoyed by disrespectful salesmen getting too drunk and overbearing, then this series of SNL skits are probably the most relatable portrayals of your experiences.

The “Brasky Buddies” is a series of classic sketches on NBC’s Saturday Night Live that features a rowdy group of bucktoothed, alcoholic salesmen, who take turns delivering drunken homages to their legendary “son-of-a-bitch” coworker Bill Brasky.

“Brasky Buddies? gave us some of the most irreverently funny and quotable sketches in the history of SNL, and also gave cast members Mark McKinney and David Koechner screen time that they desperately needed. Starting as far back as 1998, it featured Will Ferrell, John Goodman, and Alec Baldwin in the first skits.

What’s even more hilarious about these Bill Brasky buddies is that that after the first skit took place in a bar, the next couple of skits took place in other places…specifically places where it’s completely inappropriate to talk and act like a drunk salesman. The second skit took place at a little league baseball game, with Mark McKinney, Tim Meadows, and Steve Higgins.

This one is definitely more crass than the last, making it more hilariously cringey considering they’re probably surrounded by a bunch of kids under 10-years-old. And not only do these idiot characters talk about the infamous Bill Brasky, they reveal many horrifying tall tales about themselves.

In 2013, after a 15-year hiatus, the “Brasky Buddies” made a comeback to the show when they reconvened at a Chuck E. Cheese to try to top each other by telling stories about their near-mythic salesman friend. Will Ferrell is back with Paul Rudd, David Koechner, Taran Killam, while Kenan Thompson and Cecily Strong also appear on the newer episode. Luckily, this time, we finally get to meet Bill Brasky, as the skit ends with a back view of a shadowy figure, who joins this group of loser-ish a-holes.

Editor’s note: This article was originally published on September 3, 2017.