Did George Lucas Ghost Direct ‘Return of the Jedi’? 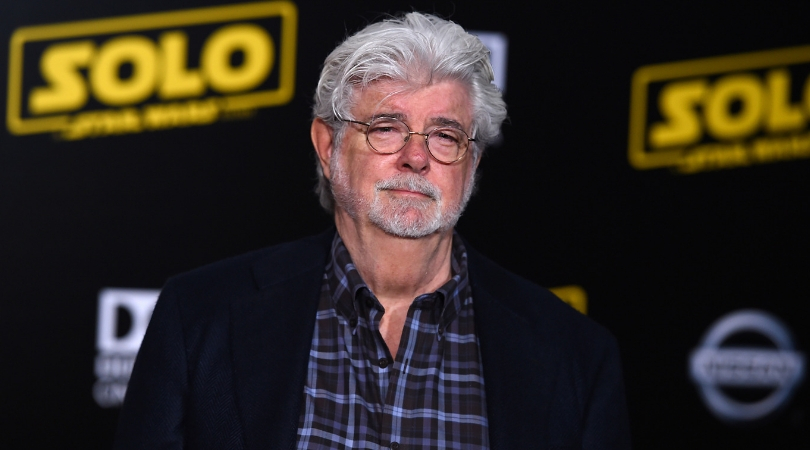 Return of the Jedi, also knows as Star Wars: Episode VI-Return of the Jedi, is probably one of the most quoted Star Wars movies of all time. You know what I’m talking about. The one with that scene. It’s no secret that George Lucas is the mastermind behind all the happenings in this galaxy far far away.

He wrote and directed the first two movies, as well as produced them. Which is quite the undertaking. But, although this Star Wars story was a Lucasfilm production, the movie itself was not directed by George Lucas. I know, shocker. So who directed the Return of the Jedi?

‘Return of the Jedi’ Synopsis

Let’s start with a little synopsis for those of you who have been living under a rock. Released on May 25, 1983, this famous Star Wars Universe tale stars Mark Hamill, Harrison Ford, Carrie Fisher, Anthony Daniels, Billy Dee Williams, Kenny Baker, David Prowse, Frank Oz, and Peter Mayhew. It is the sixth film in the ninth part ‘Skywalker saga.’ Safe to say the extraordinary film ends with the most dramatic of familial showdowns begins with Han Solo being imprisoned by Jabba the Hutt and droids C-3PO and R2-D2 being sent to Jabba’s palace. Princess Leia also infiltrates Jabba’s palace in disguise to free him but is taken prisoner. Luke Skywalker, the last Jedi, also shows up to bargain for Han Solo’s release. Luke later visits Yoda and learns that Yoda is dying and that his father is Darth Vader, formerly known as Anakin Skywalker.

Obi-Wan Kenobi’s ghost tells that Luke that Leia is his twin sister and that he must defeat the dark side as a new Death Star is being constructed. With the help of Ewoks, Chewbacca, the team flees in the Millennium Falcon. Luke has the fight with his father, the emperor. The final product of the Return of the Jedi ran into issues from start to finish. Including many deleted plot points, one of which was Lawrence Kasdan trying to convince Lucas that Han Solo should die via self-sacrifice at the start of the movie. Another one of these was securing someone to direct Return of the Jedi, which was almost titled Revenge of the Jedi.

4 September 1987 #TodayinStarWarsHistory Today we are remembering the Return of the Jedi director #RichardMarquand.

George Lucas originally wanted Steven Spielberg to direct, however after feuding with the Directors Guild, this became impossible. After this, George Lucas pitched and received a hard “no” from multiple Hollywood directors like Academy Award winner David Lynch (dramatically quoted stating that he had “next door to zero interest”) David Cronenberg and Lamont Johnson. Finally, Richard Marquand was hired to direct the movie. Well, mostly direct. George Lucas had a reputation of being a “presence” on set. Richard Marquand was quoted on this saying, “It is rather like trying to direct King Lear ? with Shakespeare in the next room”.

Lucas claimed this is because he has experience with special effects and Marquand didn’t have any. But let’s, be honest, if you were making something this big, with such high financial stakes, would anyone do any differently? So, technically George Lucas didn’t direct the movie, but he kind of did. Still, many believe Lucas hired a “relatively unknown director” because he basically wanted to make sure it was his version that ended up on the big screen. Still, if you ask me, I think Marquand did a phenomenal job directing it. I mean, it did pretty well in the box office making more than $475.1 million.