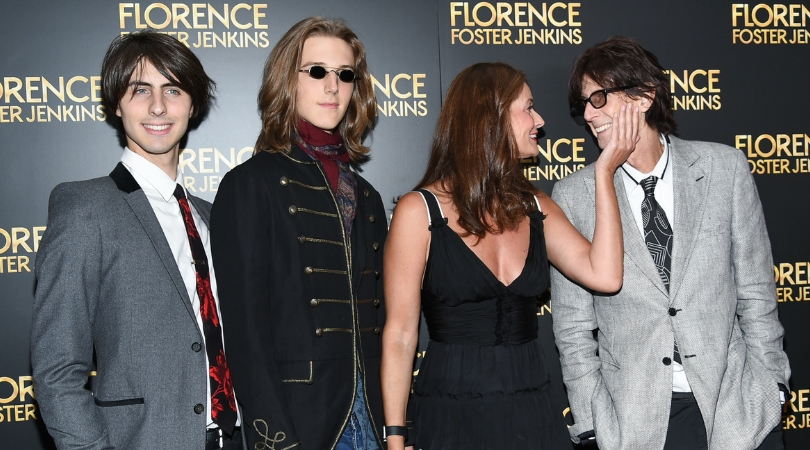 Richard Theodore Ocasek was one of the Cars founding members. He was the frontman, played rhythm guitar, sang lead vocals, and wrote most of the tracks for the band. He started playing guitar when he was given one by his grandmother at the age of ten. His musical inspirations were Buddy Holly & the Crickets. He gave up music to go to college but quickly left college realizing he liked music more.

He formed a band called Milkwood, which later became Rick & the Rabbits. A lineup change later, The Cars were founded in 1976. Their sound merging classic rock and new wave.  Hits such as “Drive”, “Shake It Up”, “Just What I Needed” and “My Best Friend’s Girl” garnered The Cars enough attention to be inducted into the Rock and Roll Hall of Fame in 2018.

In addition to playing music, he was a record producer, producing music for bands Bad Religion and Weezer. Believe it or not, this successful rockstar was also a painter. When The Cars disbanded in the 1980s, the lead singer started a solo career. Luckily, the band reunited in 2011 with new material.

Ric Ocasek was married three times. You know, the usual for any rockstar. He had two kids with each wife. His first wife was Constance, they met prior to his band. Their sons are Christopher and Adam Ocasek who got their father’s talent. Christopher formed the rock band “Glamour Camp” in the late 1980s. Unfortunately, the pair split up in 1971.

Wife number two was Suzanne, a beautiful model originally from Massachusetts. She and Ocasek married the same year he divorced his first wife. They were married in New York and were together for 17 years. They also had two sons, Eron and Derek. After rumors of an affair on Ocasek’s part, the two divorced.

Ric then met supermodel Paulina Porizkova when filming the “Drive” music video with the Cars. in 1984. He was still married to his wife Suzanne when he met the 18-year-old Czech supermodel. Without a blink, Ocasek and Suzanne divorced in 1988. He then married Porizkova in August 1989 on Saint-Barthélemy Island. Together they celebrated 28 years of marriage and also have two sons, Jonathan Raven and Oliver Orion. The couple separated in 2017.

The Cars frontman died on September 15, 2019, at the age of 75 in his Manhattan townhouse where he was recovering from surgery. His wife, Porizkova found him when she was bringing him his Sunday morning coffee. At the time she found him, Porizkova stated he appeared to be sleeping.

Unfortunately, the singer had suffered from coronary artery disease and hypertensive. Also known as atherosclerosis, it is plaque build-up in the arteries and can cause hardening or narrowing in the heart muscles.  The Chief Medical Examiner said the cause of death was natural causes, but pulmonary emphysema, which caused a decrease in respiratory function and breathlessness, was also listed as a contributing factor in his death.

Through a statement on Instagram, Porizkova stated,  “We appreciate the great outpouring of love. We, his family and friends, are completely and utterly devastated by his untimely and unexpected death and would appreciate the privacy to mourn in private”. The model also thanked his fans and followers by posting a photo of candles and flowers left by fans outside their home.