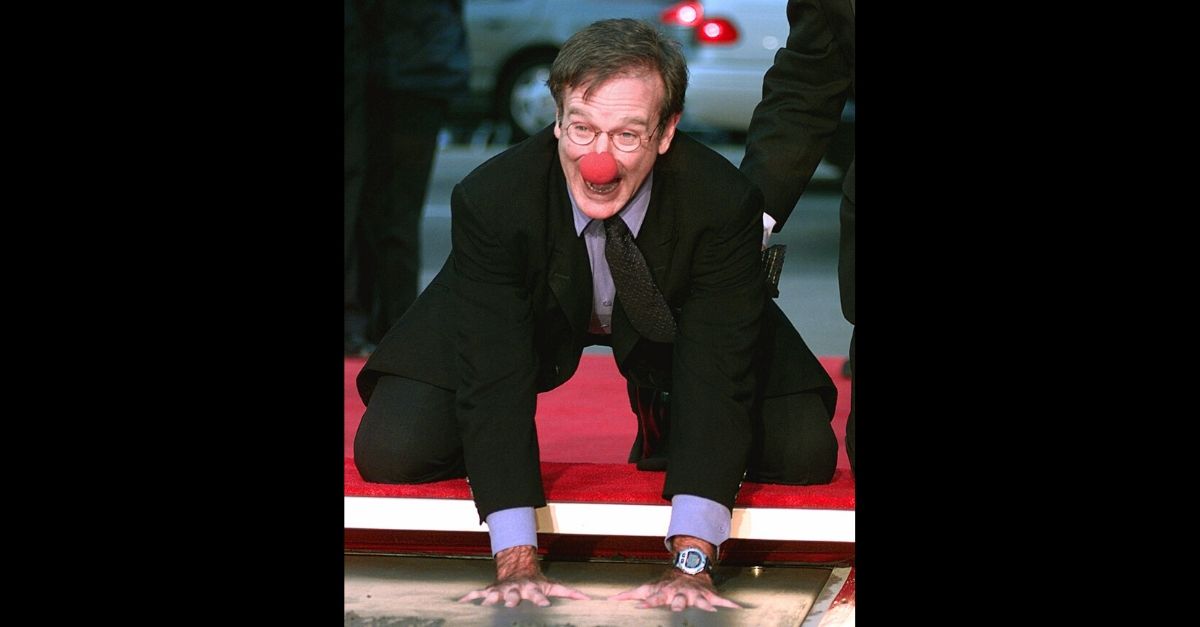 The late Robin Williams was and is still remembered not only for his legacy as an actor, but also for his own inviting, heart-warming, and caring personality that seemed to shine through the cracks of all the characters he played. You can’t say you’ve never felt the peace and reassuring comfort children get from good, supportive father figures while watching the lovable comedian perform. With Father’s Day coming up, here are 10 Robin Williams movies where his innate dad-like personality is unmistakably evident in the characters he plays.

Williams is known for his father-like disposition not because he played many father roles in movies, but rather many roles that embodied the character traits of a good dad. In Dead Poets Society, Williams plays an English teacher, Mr. Keating, who inspires and guides a prep school of boys through poetry. The role nominated him his second Academy Award, and it’s hard not to see how the students in the movie would view their respected teacher almost like a father.

Peter Banning is one of Williams’ more obvious father figure roles, even though it’s not a part he’s widely known for. An adult “Peter Pan” was such a key character for Williams to play because it also revealed that parents are imperfect too. In this role, Williams isn’t the ideal, heart-warming father that his fans expect him to be, but to play the reality of parenthood is respected since his own persona derives from safe fatherhood.

This movie might be an animation, but playing the Genie is most definitely a fan favorite. There’s nothing more father-like than being an all-knowing, wish-granting presence that watches and guides a child’s (in this case, Aladdin’s) adventures through life. Of course, the Genie is not Aladdin’s father, but serves as an important supporting role in the orphan’s life, just as great dads and father figures would.

Williams’ role in Mrs. Doubtfire, no doubt, is another one of his more obvious father figure roles. Contrary to Hook, which exposed the unavoidable imperfections of parenthood, Mrs. Doubtfire is known for how hilarious and heart-warming the plot is. For Williams to play Daniel Hillard, or otherwise disguised as Euphegenia Doubtfire, in order to spend more time with his children, just highlights Williams’ persona as the playful father figure the world sees him as.

Williams as Alan Parrish in Jumanji is another role that the late actor portrays a fatherly presence, even though he’s technically not a father of any of the main characters. Alan Parrish also emphasizes Williams’ more playful side, considering his character was a man who spent 25 years of crucial growing up time in a magical board game. But that also didn’t overwhelm Williams’ ability to make the audience recognize his natural paternal presence.

Playing Armand was one of Williams’ more obvious father roles. This movie depicts a gay Miami drag club owner, Armand, who pretends to be straight in order to meet his son’s conservative future in-laws. A father willing to push his identity aside for the sake of his children displays the kind of love and support a great parent gives to their kids. So it only makes sense that Williams performed well in this role.

This incredible performance, with Matt Damon, as therapist Sean Maguire, won Williams an Academy Award for Best Supporting Actor, which, in my opinion, is such a fitting award for the role of a father figure. Williams illustrated the dedication and support a good fatherly figure would show in helping a young one into their potential. This is another example of an indirect father figure role that Williams’ natural dad-like persona peeks through, just like Mr. Keating, the Genie, and Alan Parrish.

This heart-warming movie had the perfect role for the late comedian, and I can’t think of a more fitting movie that really emphasized William’s comical talents. Capturing the story of a medical student who cares more about his patients than just healing their bodies, Williams highlights the nurturing side of what being a good father entails. He also uses his natural affinity for laughter and giggles perfectly throughout the movie.

With a more comedic approach to the challenges of fatherhood, this movie encapsulates the typical dysfunctional American family. Williams plays Bob Munro, a dad trying to compete with modern technology for his rebellious children’s attention. And just like many other desperate dads, Bob’s hail mary in hoping to unite his family was a plan to force them to spend time together. In this case, it hilariously involved taking a motor home to go on a camping vacation, which nevertheless, suited the comedian’s role.

As if the title wasn’t already so appropriately fitting, this dark comedy is another that dives into the vulnerabilities of a parent. Williams plays another English teacher, Lance Clayton, who finds himself entangled in a web of lies following his son’s accidental suicide. To avoid any questions, he writes a fake suicide note, only to get caught up after receiving attention for it. This results in him writing a whole fake diary, hoping to be known for his writing as he has always dreamed of. This is another role that emphasizes why Williams was seen specifically as a father figure, as opposed to playing general guiding authoritative roles.

If you’ve never seen Robin Williams as some sort of father figure, I might question your sanity a little bit. The world lost a great presence after his unfortunate suicide back in August 2014. His life should definitely be commemorated by celebrating the fathers and father figures in our own lives.

Watch: Reasons Why These 6 Fathers Are Our Favorite Celebrity Dads