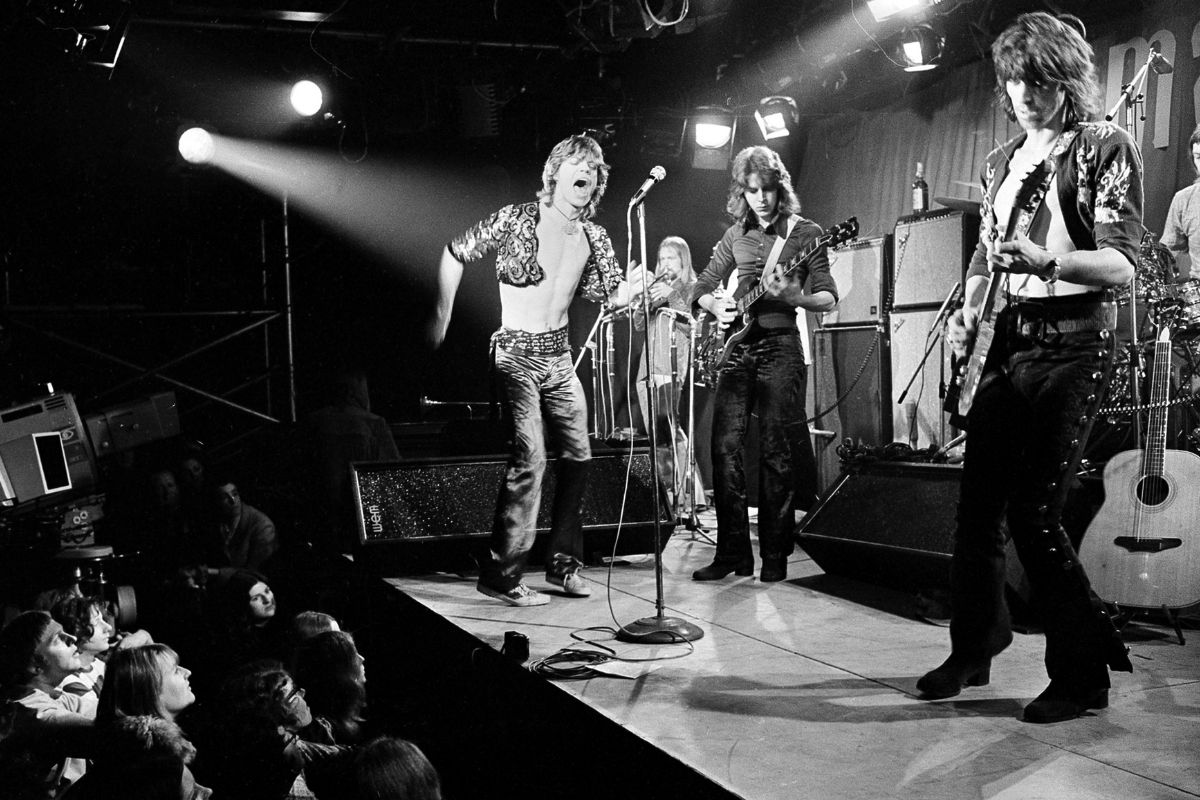 The Rolling Stones are one of the most iconic rock bands of all time! Their career has stretched across decades and we continue to hear their influence on newer artists. Possibly their biggest hit, (I Can’t Get No) Satisfaction, has an interesting story behind it that you may not know!

The Rolling Stones are a rock n roll band from London, England. They became popular in America in the 60s during the “British Invasion”, a period in music made famous by The Beatles. Members of the group include Mick Jagger, Keith Richards, Charlie Watts, Brian Jones (the founder of the group), and Bill Wyman amongst others, their unique sound took the world by storm.

With the help of the producer and manager Andrew Loog Oldham, the band produced rock songs with interesting guitar riffs and even some tambourines. Some of their greatest hits include Start Me Up, Paint It Black, You Can’t Always Get What You Want, The Last Time, and many more. You can’t turn on a classic rock radio station without hearing the iconic band. They are often considered the greatest rock band of all time!

The Making of (I Can’t Get No) Satisfaction

The Rolling Stones have a discography that contains 50 years’ worth of music, but one song stands out from the rest. Satisfaction was released in 1965 as a single from their album Out of Our Heads. Keith Richards claims his part of the song in his sleep. You may find it hard to believe the guitarist, but there is allegedly a cassette tape that features him working on the song, half asleep! While on their American tour at a stop in Clearwater, Florida, fans had rioted and the show had been canceled for safety reasons. Frustrated, the band returned to their hotel and began working on the half-written, sleepy song.

After writing was complete, the song was recorded in Chicago. The guitar on the song sounds so unique because it was a new Gibson guitar called a Maestro Fuzz-Tone. With some help from sound engineer Dave Hassinger, a hit was made. The song was released by ABKCO records in 1965. While it seems no official music video exists, you can find the official lyric video on YouTube to get the full feel of the song.

Considered to be one of the 500 Greatest Songs of All Time, everyone from Devo to Britney Spears has covered the song. The song spent 14 weeks at the top of the Billboard chart. The song that was written in Kieth Richards’ sleep ended up being one of the band’s most successful hits!

Watch: Behind The Rolling Stones? ?You Can?t Always Get What You Want?