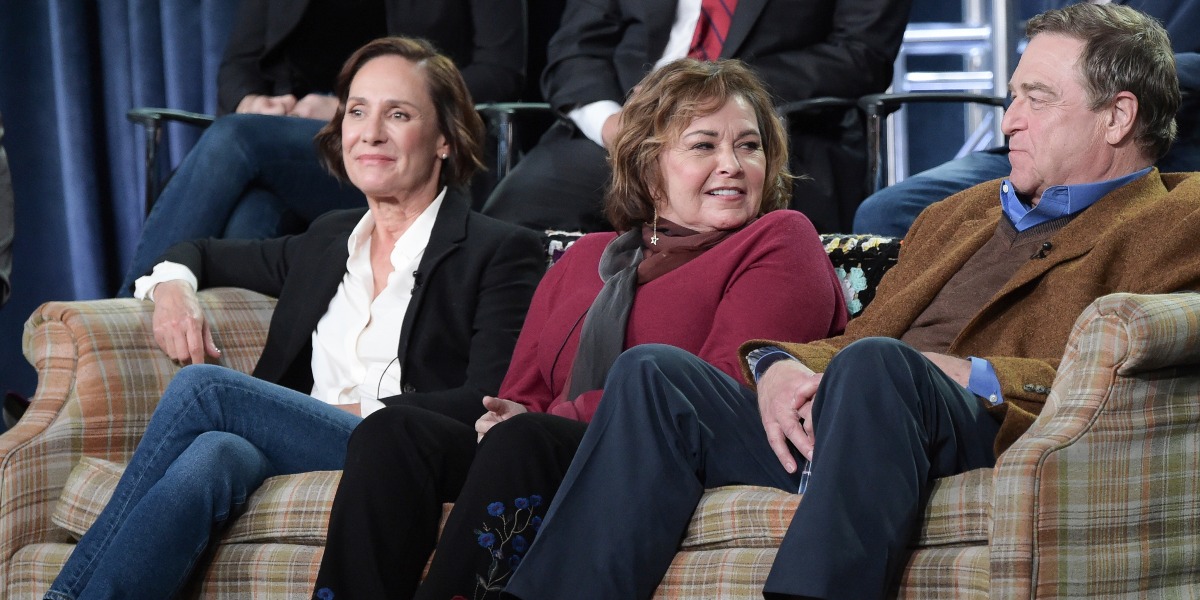 The sitcom, which originally ran from 1988 to 1997, will be returning to ABC on March 27, 2018 and, as star Roseanne Barr said Monday at a press tour event, her character in the reboot will be a Trump supporter.

Following the announcement, the hashtag #BoycottRoseanne began trending on Twitter, as liberals raged against Roseanne Barr?s real-life support for Trump.

Let?s quickly get one thing out of the way. I am not writing this piece to defend Roseanne Barr, who regularly shares outlandish conspiracy theories, has described herself as mentally ill, once ran as a liberal green third-party candidate for president, and even maybe-ironically dressed as Hitler and pretended to eat ?Jew-cookies? once. Yes, really. Her politics are entirely incoherent and often genuinely offensive, and I see no reason to take them seriously.

That said, Barr did show some real insight when she predicted the show?s relevance in the age of Trump, saying, ?As soon as I saw the election results, I knew we?d be back.?

I?m a little young to be nostalgic for ?Roseanne? since it went off the air when I was three years old, but Amy Zimmerman of The Daily Beast praised it as having ?changed television for the better, featuring a realistic American family, relatable financial troubles, believable gay characters and overweight protagonists who weren?t written as punchlines.? In comparison to the more aspirational sitcoms I remember from that time, like ?The Fresh Prince of Bel-Air? and ?Full House??or even ?Friends,? in which the characters? finances are more of a punchline than a genuine source of anxiety?I can certainly understand why an honest look at a blue-collar, working-class, Midwestern family could be groundbreaking.

Liberals place heavy emphasis on representation in entertainment, arguing that people of all races, genders, sexualities, and lifestyles should be able to see themselves onscreen rather than suffering de facto erasure from American society. This push for fuller representation has given us the Bechdel test, LGBTQ shows like ?Transparent,? and endless debates over whitewashing. When it comes to accurately representing the political views of people who don?t live in New York City or Los Angeles, though, these rules seem not to apply.

Since we?re several paragraphs in and most of you have stopped reading (not bitter, just realistic), I?ll share a little secret with those of you who have stuck around: I didn?t vote for Trump. For a lot of people, including almost everyone involved in making almost every single TV show, that?s the bare minimum required for them to consider me a human being. But there?s a whole nation out there clamoring for representation, and most of that nation is nowhere near as solid blue as Hollywood.

In fact?and this may come as a shock to most Hollywood liberals?there are plenty of parts of America where voting for Hillary was just as unheard-of as voting for Trump. Don?t those people deserve representation? President Trump beat Hillary 56-39 in Vanderburgh County, Indiana, where the Conner family house from ?Roseanne? is actually located, and won my semi-rural Western Pennsylvania county 57-38. Now, every time I go home for Thanksgiving, an old high-school buddy has one beer too many and lets slip my opposition to Trump, forcing me to spend 20 minutes justifying myself to everyone else in the bar.

To portray the entire Conner family as universally palatable liberals or blandly apolitical moderates would be simply dishonest for a show set in rural Illinois. As returning ?Roseanne? actress Sara Gilbert said, the reboot will portray a family ?divided by politics but still filled with love? What a great thing to bring into this country right now.?

So, if you find Barr?s politics repugnant, go ahead and boycott the show, but don?t suggest that the very idea of a show featuring sympathetic Trump supporters is inherently offensive. There?s a big difference between the New York Times? softball neo-Nazi profile and a show that refuses to portray half the nation as an idiotic mob of racist, sexist, brainwashed monsters.