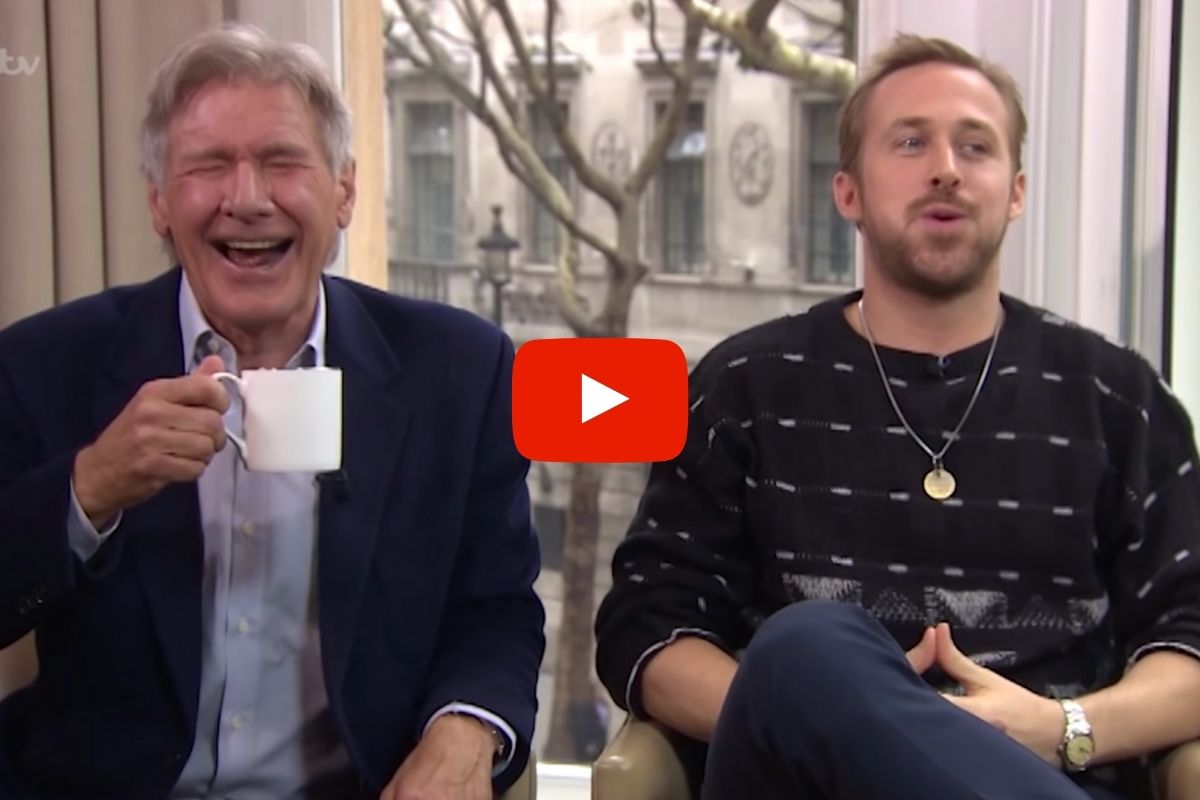 After seeing Harrison Ford in super-serious roles in super-serious movies like Star Wars, The Fugitive, and Air Force One, it’s weird to watch him break out into peals of laughter — kind of like watching a cat driving a car or watching Donald Trump run a country.

But laugh and laugh (and laugh) Harrison Ford did on an infamous interview on This Morning with Phillip & Holly. Watch the actor, along with Ryan Gosling and host Alison Hammond, as all three of them completely lose it during this now-viral video clip:

Co-stars Harrison Ford and Ryan Gosling appeared on ITV’s morning show to promote their new movie: Blade Runner 2049. In the hilarious interview, the talk show host admits she has never seen the original Blade Runner. “I appreciate your candor,” Ryan responded before laughing and taking a swig from a nip of alcohol (whiskey, we think?) From there, the interview continued to go downhill.

Valiantly (and unsuccessfully), the trio made an attempt to return the conversation to the movie. ?When you got that call [that said], ?Listen, we?re making another Blade Runner and we want you to be in it,? what was your reaction?? Hammond asked Ford.

??So what??? Harrison cheekily responded.

“‘How much?'” Hammond suggested.

“Show me the money!” Harrison joked.

Turns out, this wasn’t the first time Ford and Gosling played a couple of jokesters during an interview. Earlier on their Blade Runner press tour, the two Hollywood hunks made the audience explode with laughter during an interview on Graham Norton. It’s kind of a you-have-to-see-it-for-yourself funny, but the gist of it is that Ford kept forgetting Gosling’s name, and his co-star kept having to politely remind him. In Ford’s defense, he IS almost 80.