11 Times ‘The Simpsons’ Predicted The Future 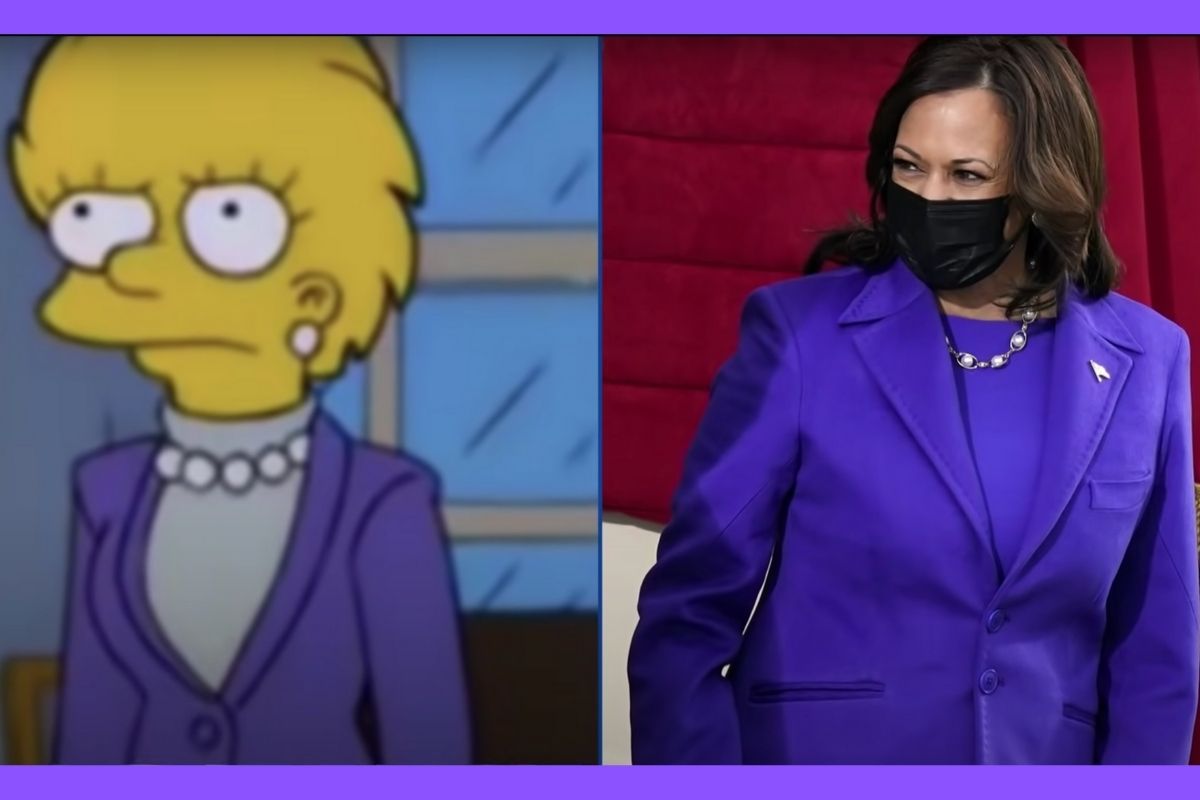 The Simpsons famously predicted that Donald Trump would become president in an episode from the year 2000. But that’s not the only time that events on the animated sitcom proved eerily true to real life. The Simpsons has been on the air since 1989. And with that many topical and satirical storylines, naturally, there are bound to be some IRL similarities… but a few of these are downright uncanny.

In the 2000 episode “Bart to the Future” — which is set in the future — the presidency of Donald Trump is referenced as the precursor to Lisa’s own turn as president. In the episode, President Trump caused a budget crisis which the competent Lisa inherited. In 2016, the Simpsons writer Dan Greaney told The Hollywood Reporter that Trump as president “just seemed like the logical last stop before hitting bottom. It was pitched because it was consistent with the vision of America going insane.” Sound familiar?

In the same episode, “Bart to the Future,” when Lisa is inaugurated as President of the United States of America she dons a purple blazer and her classic chunky pearls… a look that’s strikingly on par with Vice President Kamala Harris’ own 2021 inauguration outfit. While calling this sartorial choice a full-on “prediction” might seem like a bit of a stretch, it certainly caused many Americans to draw parallels between the two powerful pearl-lovers.

Ted Cruz’s disastrous getaway to Cancun, Mexico — while his home state of Texas froze over — was comical enough. But then screenshots surfaced from the 1993 Simpsons episode “Marge in Chains” that were just too hilarious not to meme. In the scene, Mayor Quimby ditches Springfield ditches during an epidemic, sneaks off to the Bahamas, and delivers a press conference while on the beach, wearing a jacket and tie over his bathing suit.

In “Treehouse of Horror”, a 2008 election-themed episode of The Simpsons, Homer Simpson tries using an electronic voting machine to cast a a vote for Barack Obama, but the machine switches his vote to John Mccain. Of course there are now many unsubstantiated rumors about similar occurrences. But during the next election cycle, in 2012, there was proof that voting machines in Pennsylvania had indeed switched some votes from Barack Obama to his opponent, Mitt Romney.

These days it seems like just a few companies own everything. The capitalist concept is easily satirized in a cartoon format, like Bojack Horseman‘s AOL-Time-Warner-Pepsico-Viacom-Halliburton-Skynet-Toyota-Trader-Joe’s. And it’s no surprise that The Simpsons, always ahead of its time, made a similar joke in 1998. In “When You Dish Upon a Star,” Disney purchases 21st century Fox… a merger which actually took place in 2019. 20th Century Fox — which produces The Simpsons — is now a division of Walt Disney Co.

Many shows and movies have tried to predict futuristic gadgetry, from Get Smart to James Bond. But The Simpsons came pretty close in 1995 with their own version of smartwatches that function like a prototype of the eventual Apple watch. And that’s not the only time that The Simpsons possibly inspired Apple. That same year The Simpsons structured an episode around the errors of an autocorrect function, inspired by Apple’s early (and disappointing) Newton phone. Nitin Ganatra, a former Apple engineer, later revealed that the dig had inspired the company to improve the software.

Additionally “Lisa’s Wedding”, another Simpsons episode set in the future, features FaceTime technology… although that’s something of a sci-fi staple. In this same episode, a shot of the London skyline shows a spire next to Big Ben that looks just like the Shard building, which was built in 2012… 17 years after Lisa’s Wedding premiered.

I guess it’s safe to say that when Lady Gaga performs at the Super Bowl Halftime Show she’s going to go big. But Lady Gaga’s 2017 Super Bowl set did indeed share some similarities with the Simpsons‘ 2012 prediction — including the silver outfit. Of course, that might have been something of a self-fulfilling prophecy for the superstar who never shies away from galactic costumes…

8. The US Wins Curling at the Olympics

Remember when curling was all the craze? In a Simpsons episode set during the 2010 Winter Olympics, Homer and Marge join the U.S. curling team. Against all odds these underdogs beat Sweden and win the gold medal. Eventually, in the 2018 Winter Olympics, this prediction came true!

9. Discovery of the Higgs-Boson Particle

In the 1998 episode “The Wizard of Evergreen Terrace,” Homer becomes an impassioned inventor. While scribbling wildly on a chalkboard, he writes out a math equation, which, more than a decade later, scientists discovered was shockingly similar to the elusive Higgs-Boson particle.

And that’s not the only Simpsons prediction involving Nobel Prize-winning intellect. In “Elementary School Musical,” Milhouse bets on Bengt Holmström winning the Nobel Prize for Economics, which he did, six years later.

In “Lisa’s Sax,” a 1990 episode of The Simpsons, Marge reads Curious George and the Ebola Virus to Bart, a tale which centered on a modern Ebola outbreak. Of course Ebola had existed long before the episode and personally, I don’t really think this counts as a prediction. (Ebola did make a tragic comeback in 2014 and 2015). But sensing something more akin the Coronavirus pandemic would have been truly impressive. And scary. The 1993 episode “Marge in Chains” comes close, when Springfield becomes afflicted with the “Osaka Flu” which spreads quickly and accidentally from Japan.

Nuclear power plants are always fodder for imagined mutations. In “E-I-E-I-D’oh,” Homer uses nuclear materials from his day job to create “tomacco,” a tomato and tobacco hybrid. And the concept was not wrong. In 2013, similarly fused produce began growing near Japan’s Fukushima Daiichi nuclear power plant.