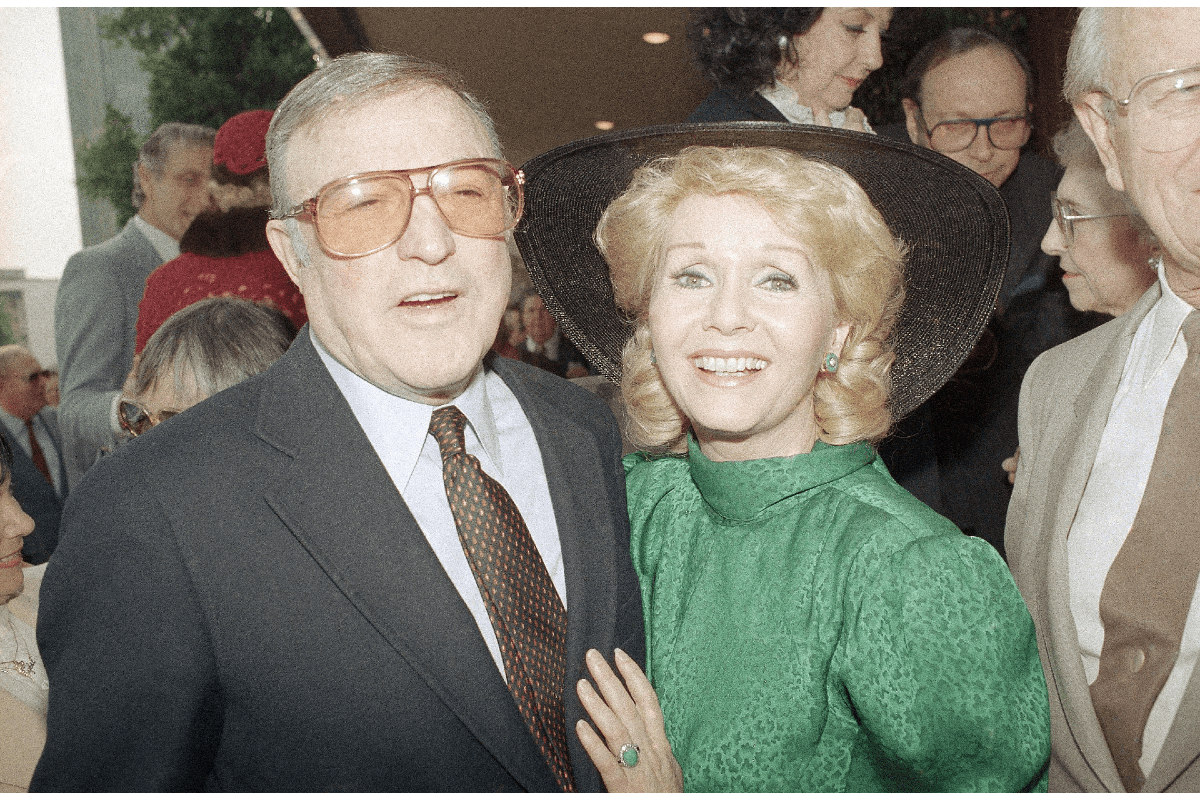 The song ?Singin? in the Rain? by Nacio Herb Brown and Arthur Freed was a popular Broadway standard (performed by the likes of Judy Garland) long before inspiring a movie musical of the same name. The lyrics celebrate smiling through adversity?an irony likely not lost on Debbie Reynolds (the future mother of Carrie Fisher, btw) who described making the eponymous film as something of a personal hell.

‘Singing in the Rain’: What You Need to Know

Written by Betty Comden and Adolph Green, Singin? in the Rain (the film) tells the story of a changing Hollywood. Three performers struggle as the fictional Monumental Pictures Studios transitions from silent films to ?talkies? for the first time. Gene Kelly, star of An American in Paris) plays Don Lockwood, a former silent film star resentful towards his co-star, Lina Lamont (Jean Hagen). Reynolds is Kathy Selden, a stage actress who secretly lends her golden voice to Lamont, whose grating voice requires dubbing in sound films.

19-year-old Debbie Reynolds might have been a great singer, but next to her costars, Kelly and Donald O?Connor (playing Cosmo Brown), she wasn?t much of a dancer. In fact, she had no formal dance training before Singin? and it fell upon Kelly to coach her through dance numbers like ?Dream of You.? Kelly was certain that he could teach Reynolds to sing as he had Frank Sinatra for Anchors Aweigh in 1945.

Debbie called Gene Kelly a ?taskmaster? choreographer. At the time, Kelly was the biggest star at Metro-Goldwyn-Mayer (MGM) Studios, and?not unlike his character?resented his inexperienced female lead. He often insulted Reynolds and never offered encouragement or praise. Reynolds said that after nine hours of reshooting takes of ?Good Morning,? her feet were bleeding. ?When I pointed it out, Gene would say ‘Clean it up!’? she told reporters. She would later be consoled by Fred Astaire.

In her memoir “Unsinkable”, Reynold says that Kelly also made unwanted sexual advances during a movie kiss. ?Gene took me tightly in his arms . . . and shoved his tongue down my throat. ?Eeew! What was that?? I screeched, breaking free of his grasp and spitting? she wrote. Filming wasn?t easy on the male leads either. Kelly was sick with a 103-degree fever and soaking wet during the shooting of the title song. O?Connor, a four-pack-a-day smoker, was hospitalized after filming Make Em Laugh, according to IMDb.

All that suffering didn?t add up to much at first?the film was only a modest box office success when it was released. O?Connor won a Golden Globe, and Jean Hagen was nominated for an Oscar for Best Supporting Actress at the Academy Awards. It would only be years later that the movie?s greatness would be recognized. Today Singin? in the Rain is considered by many to be the best movie musical of all time, including by the American Film Institute.