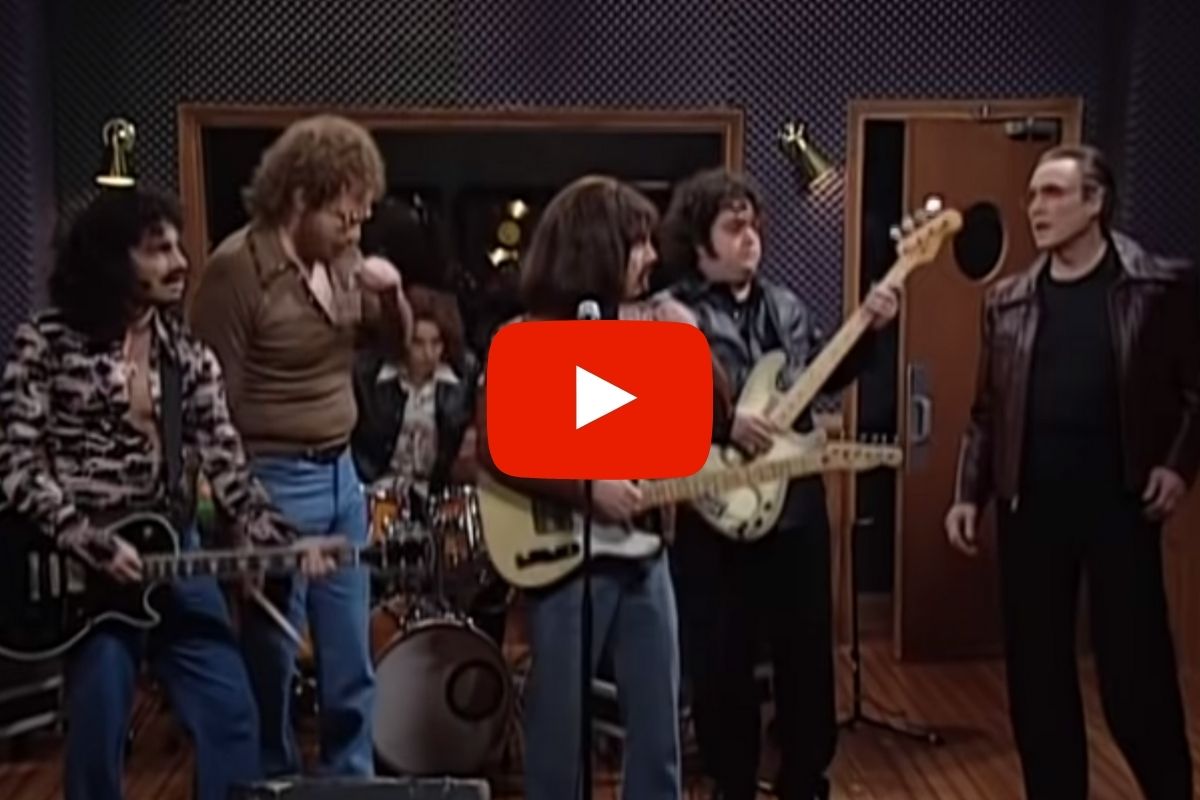 SNL is a pillar of not only pop culture but the comedy community. Starting in 1975, Saturday Night Live features comedy sketches of current events and everything in between. Featuring some of the funniest skit writers and comedians, the show continues to bring the laughs.

This particular episode is referred to as “More Cowbell” or “The Cowbell Sketch,” which features the members of the rock band Blue Öyster Cult in a recording session at Sunshine Studios for their new song, “(Don’t Fear) the Reaper.” They’re working with session producer Bruce Dickinson, SNL veteran Christopher Walken, who insists that he needs “more cowbell” in the skit.

When frankly more cowbell is not needed. However, cowbell player Gene Frenkel (Will Ferrell) gets fully immersed in his glorified roll towards the end of the skit. Chris Kattan, Chris Parnell, Horatio Sanz, and Jimmy Fallon play as the rest of the band members, horrified at first as Gene Fenkle “explores the studio space” and really get into it because he’s “gotta have more cowbell baby,” and the only prescription for his fever is more cowbell,” he really “needs more cowbell”– very serious stuff here.

Will Ferrell on the Tonight Show With ‘Jimmy Fallon’

Will Ferrell sat down to discuss the Saturday Night Live sketch on the Tonight Show with Jimmy Fallon. The two guys reminisce on crazy things happening when shooting the skit and give a ‘behind the music’ if you will?Jimmy Fallon’s hairpiece in the skit and of course, Will Ferrell’s t-shirt. According to Will Ferrell, Jimmy Fallon said that he changed into a different, tighter shirt between getting dressed and going to set. For the health of the skit, clearly. To add some fun. Ferrell recounts that he figures the t-shirt he was given just got “hiked up” when he was “adding the mustard” to his playing.

It was seemingly worth it, though, because the skit’s reception was phenomenal. After all, the floor was shaking from all the laughter. And, when Will Ferrell went to visit Christopher Walken at a play a few years post cowbell sketch, Walken told Ferrell a wildly crazy thing: “You’ve ruined my life,” he said. Apparently, people who came to see him in play were bringing cowbells and ruining them during the curtain call. Even when he went to an “Italian food lunch,” a waiter asked him if he wanted more cowbell with his pasta dish. Ferrell says he is unsure if Walken is actually big mad or a little mad at him. He had a little smile when he said it, but who can ent with that guy, truly?