The ‘Sound of Music’ Saved 20th Century Fox From Bankruptcy 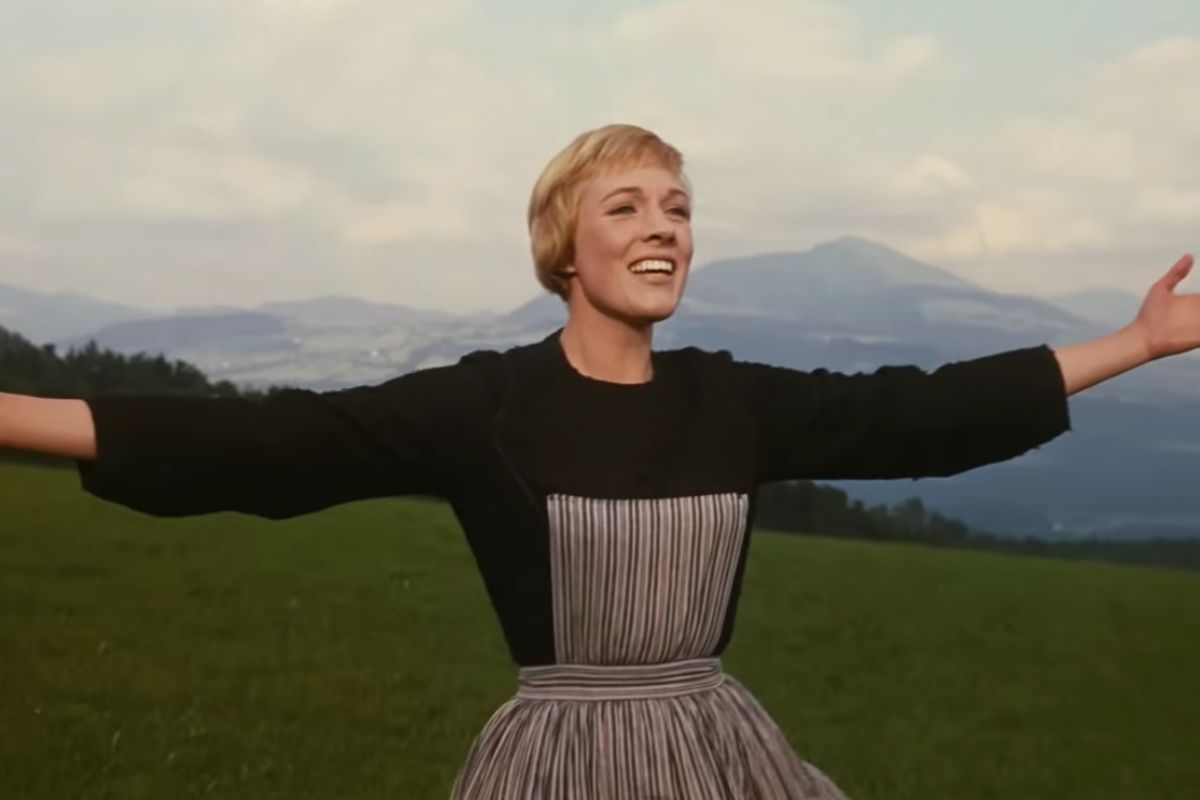 As blithe and cheerful as Maria Von Trapp appears in the opening scene of The Sound of Music, the actress herself, Julie Andrew, was actually kind of cranky. Andrews discussed the iconic scene in an interview with the American Film Institute (AFI). According to Andrews, the scene was shot by a cameraman hanging out from a helicopter. Throughout filming, Andrews, who had played Mary Poppins only a year earlier, kept getting knocked down by its downdraft. ?The helicopter circled around me and the downdraft just flattened me into the grass,” she remembered. “And I mean flattened. It was fine for a couple of takes, but after that, you begin to get just a little bit angry.”

“Finally, I got so mad that I shook my fist at the pilot and said, ‘make a wider circle around, please!'”. (We’re thinking that the cameraman was probably one of, like, four people in all of history who has ever seen Julie Andrews mad.) But that wasn’t the scene’s only challenge. The whole production took more than a week and was located high in the Swiss Alps. Each day, the cast and crew had to scale the mountain in large, oxen-pulled carts. While most of the scenes were shot in Salzburg, Austria, this one was located in Mehlweg, Germany near the Austrian border in Bavaria. The weather was grey and rainy for most of the week-long shoot. Finally, on the last day of filming, the sun came out for just long enough to capture the iconic shot of Andrews twirling around in the meadow.

The Legacy of ‘Sound of Music’

In the end, of course, the hard work of Andrews, the cast, and the crew paid off. The movie, which was based on a successful Rogers and Hammerstein Broadway musical, became one of America’s highest-grossing flicks of all time. It reportedly saved 20th Century Fox, which had been nearing bankruptcy.

After premiering in New York, the film went on to take home five Academy Awards, including Best Picture and Best Director for filmmaker Robert Wise. Beyond box office numbers and awards, the movie remains one of the greatest, most enduring Hollywood masterpieces of all time. The film tells the story of the real-life Von Trapp family children and their father, Captain Georg von Trapp (played by Christopher Plummer).

“The Sound of Music” Opening Scene

Just like in the film, the Von Trapps had a close relationship with their governess, Maria Augusta Kutschera, who had been recruited from the local Nonnberg Abbey. And also just like in the movie, Captain von Trapp fell in love with the woman who had played such a central role in his children’s upbringing. Maria and Captain von Trapp were married, though the film version of the wedding scene, shot in the beautiful basilica in Mondsee, was probably a little more extravagant than the actual ceremony.

The film’s depiction of the family’s run-in with the Nazis was also slightly exaggerated: They may not have had to sneak away from the Nazis under the cover of night, but the musical family did refuse to perform at Hitler’s birthday party or fly the Nazi flag at the von Trapp villa. The beloved soundtrack from Richard Rodgers and Oscar Hammerstein II is powerful and magical, with immortal songs like “Do-Re-Mi”, “Edelweiss”, and “Sixteen Going on Seventeen.” “Something Good” and “I Have Confidence” were composed by Rodgers especially for the film.