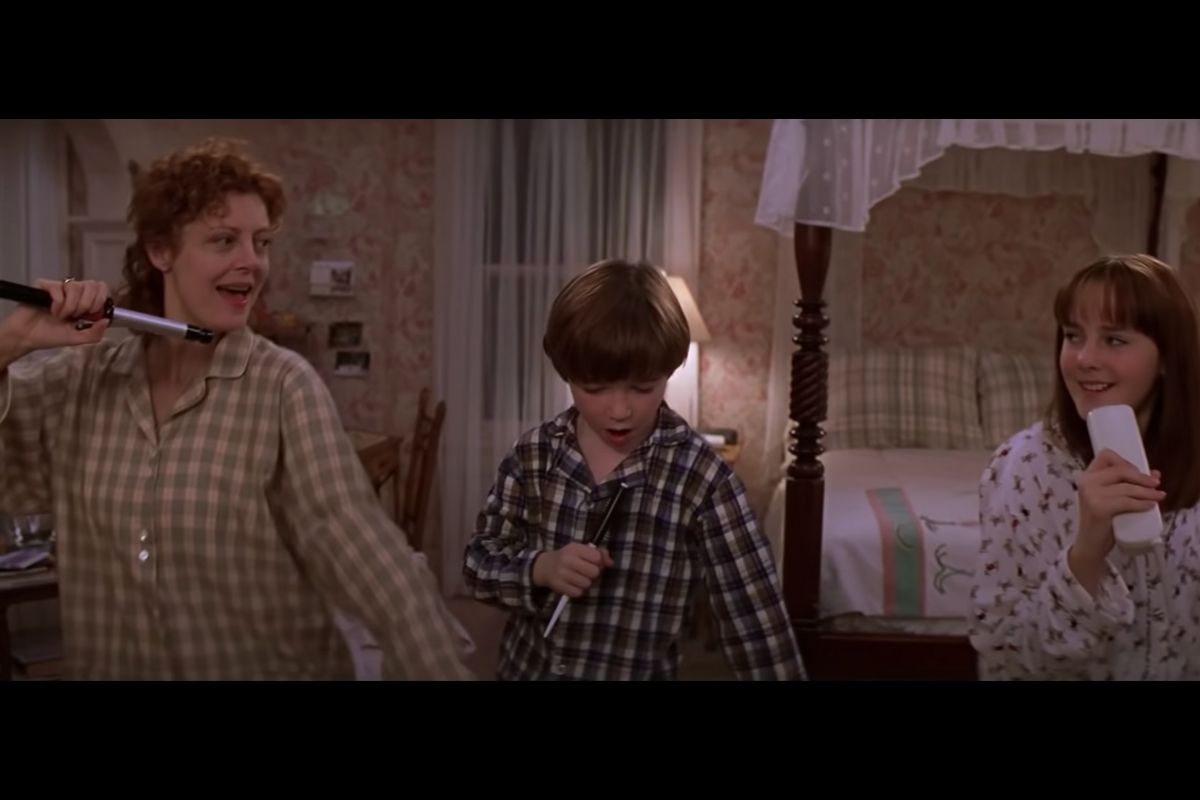 If you’ve seen Stepmom, you probably feel a lump in your throat just thinking about the ending. And you probably also remember the wonderful “Ain’t No Mountain High Enough” lip-syncing scene. I know when I was a kid, seeing Stepmom on TV taught me the imitable hairbrush-as-a-microphone trick. Priceless. The 1998 tearjerker chick flick Stepmom was directed by Chris Columbus and starred Julia Roberts, Susan Sarandon, and Ed Harris as three characters caught in a dramatic family dynamic.

Sarandon and Harris play divorced couple Jackie and Luke. When Luke gets serious with his new girlfriend Isabel (played by the Pretty Woman herself, Julia Roberts), her parenting skills are put under a microscope compared to the children’s perfectly attentive stay-at-home mom. Jenna Malone and Liam Aiken also star as the tough (but lovable) kids who eventually come around. After all, a compromise between the two women becomes a necessity when Jackie receives a grim cancer diagnosis.

It’s following such devastating news that Susan Sarandon, as Jackie, picks up a curling iron and starts playing “Ain’t No Mountain High Enough” with her young son. “Marvin and I are getting our act together, right Marvin?” Jackie asks. “Right Tammy,” he choruses back sweetly. When daughter Anna joins in on the duet, it’s clear this will be a lasting memory for two children who will soon lose their dear mother. After Jackie’s ice-cold attitude toward Isabel, the future stepmom, it’s refreshing to see her cut loose in this scene. In a film that celebrates the tirelessness of mothers ? the lunch-making, the school pickups, the professional sacrifice ? this dance scene reminds us of the less serious, more intimate special moments.

When Jackie and her son address one other as “Marvin” and “Tammy” in Stepmom, it’s a sweet reminder of the song’s legendary Motown roots with Marvin Gaye and Tammi Terrell. The pop hit was written by Nickolas Ashford and Valerie Simpson and became a hit single when it was recorded by Marvin Gaye and Tammi Terrell in 1967. “Ain’t No Mountain High Enough” topped the charts again in 1970 when Diana Ross of the Supremes released a tempered down cover. This marked the first number-one solo for the famous vocalist. And if you’re still hungry for takes on this soulful classic song, check out the fun, energetic rendition by Whoopi Goldberg and the cast of Sister Act 2!