Remember When Steve Carrell’s Wife Made an Appearance on ‘The Office?’ 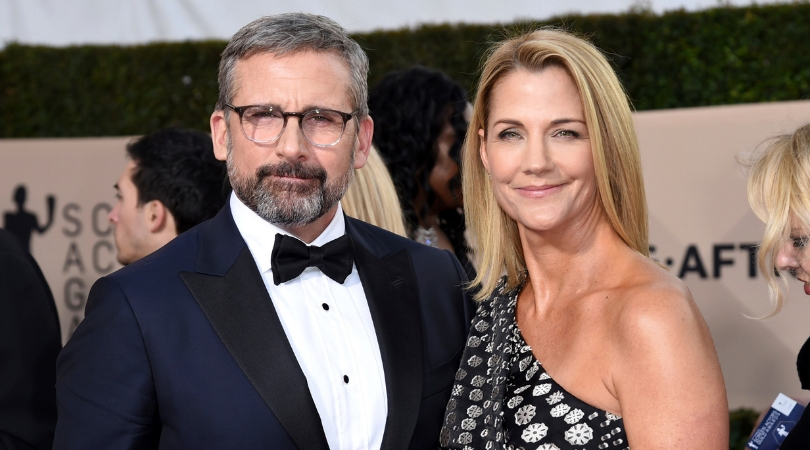 Funny man Steve Carell, star of The Office, The 40-Year-Old Virgin, and Despicable Me is no stranger to the world. Whether you know him by name or not, you’ve likely seen many of his movies. And by that logic, you have probably seen his wife, too.

I was today years old when I found out that Carol Stills from the office is played by Steve Carell’s real life wife, Nancy Carell. pic.twitter.com/7uPor2BBxF

Nancy Carell, formerly Nancy Walls, is an American actress. She is a Saturday Night Live Alumna and has worked with her husband, Steve Carell on many projects. They worked on The Daily Show together as correspondents. She appeared in The Office as Carol Stills, Michael Scott’s girlfriend, and realtor. If you have seen the 40 Year Old Virgin, you might recall her being the sex therapist.

In Seeking A Friend for the End of the World Nancy played the role of Linda. Together the Carell’s created comedic television series Angie Tribeca, that stars actress and comedian Rashida Jones. We see how well and often they work together, but how did they get their start?

Steve and Nancy met at Second City in Chicago. Steve was teaching an improv class and Nancy was taking the class. He also used to stop into the bar across the street, where she worked when she wasn’t taking classes to visit her. They flirted often and even had convos like this before they started dating:

Steve: ‘Hey, you know, if I were ever to ask a woman out, it would be someone like you. Exactly like you,'”

Nancy: ‘If a guy like you were ever to ask a woman like me out, I would definitely do that.’

After weeks of that funny business, Steve asked Nancy out. The couple married in 1995 and started a family. The couple has two children. Elisabeth Anne Carell, born in 2001 and their son John, who was born in 2004. After many years of marriage, theirs is standing the test of time in an industry where many fall apart. Steve always says that they got lucky, and maybe they did.