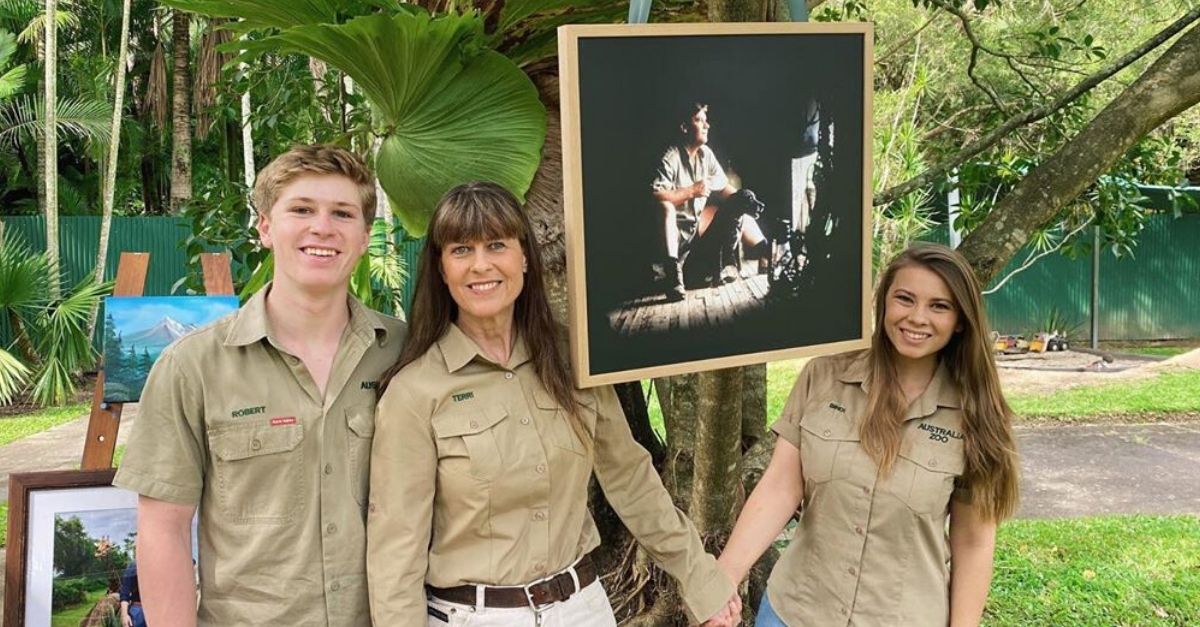 Crocodile hunter Steve Irwin brought wildlife education to a whole new level. The wildlife expert did was most of us would never dare to do. And because of that, we were fascinated. He risks his life many times before that fatal stingray barb in Queensland. But before his tragic death, and his wife Terri made a pact in case something would happen to either of them.

Terri Irwin made a pact with her crocodile hunting late husband Steve that if he were to go before her, she would carry on the work he did. She and their children have continued the conservationist projects, including a ten-year plan. The plan includes running the Australia Zoo and its multiple conservation projects and wildlife hospitals. In the 13 years since her husband’s death, she has also continued the tv work to fund the Australia Zoo.

“I think the most flattering would be Russell [Crowe] because he is such a good person and a very good friend to our family, and I actually do really love him because he loved Steve and they were such good friends.”

Jesse the woma python was driven 8 hours from Outback Queensland to receive treatment at the #AustraliaZoo Wildlife Hospital. 🐍 After surgically removing a foreign object from her neck, she’s been recovering at the hospital and was recently taken on the long trip back to her home after being given the all clear from Dr Ludo!

A post shared by AustraliaZoo Wildlife Warriors (@wildlifewarriorsworldwide) on Mar 27, 2020 at 1:49pm PDT

She claims that she’s had her happily ever after and doesn’t need anything else in her life besides her two kids, Robert Irwin and Bindi Irwin. Continuing the work of the crocodile hunter and her husband’s legacy brings a whole new joy to her life. She noted, “Steve was someone who was larger than life and really did live life to the fullest. Even though he died at 44 years of age, he lived such a full life, and that’s what I want to do and share.”

Watch: Steve Irwin’s Kids are Following in his Footsteps