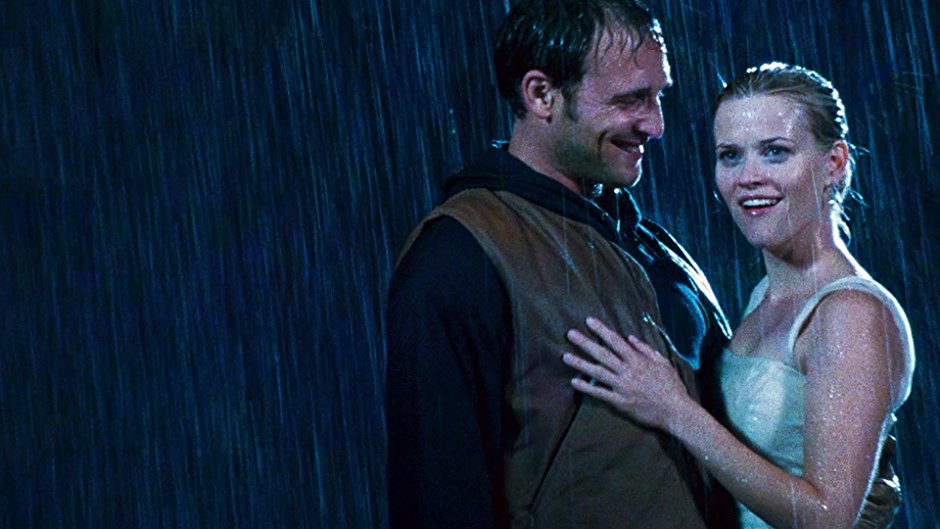 We know that Reese Witherspoon is one busy gal these days, running from book tour stop to interviews promoting her production company, Hello Sunshine. There’s one role that fans are waiting with bated breath to see her reprise back on the big screen: Melanie Smooter (not Melanie Carmichael, we want the real deal). You remember, the Southern IT girl of 2002 when the movie was released. Ms. Melanie had it all: a hot fiancé in Andrew (played by Patrick Dempsey), a budding fashion career, and some serious baggage back home in Alabama. We know how the story goes, but it seems that fans aren’t the only ones that want to see Melanie back in action.

As it turns out, her Sweet Home Alabama co-star Josh Lucas who plays the gruff and tender-hearted Jake Perry has a sequel on his mind. So what would it take to see these two reprise their roles as childhood sweethearts? Well, back in July 2018,  Lucas had told The Talk that he’s was ready to see where the two lovers left off.

And honestly, I have never been more excited for a sequel than imagining Sweet Home Alabama 2. Lucas clearly feels the same way, saying,

“I would do it in a second. Are they still together? Are they divorced? Do they want to be back together? I mean, there’s so many different ideas that I think, you know, we all know life is long and complex, and they had an interesting relationship to begin with, the two characters.”

But hold on to your horses because it doesn’t end there. This month, Lucas recently spoke about the sequel again on Good Morning America while promoting his new film, “Breakthrough.” The actor said he had already spoken with director Andy Tennant and was all in. But, this time around he said there was already a full plot being discussed for it, which I was pretty sad to hear because nobody likes spoilers, but nevertheless, I was excited.

Turns out he believes both Jake and Melanie should get a divorce, with Jake living back in Alabama and Melanie in New York with their children. Of course, Andrew will still be in the picture because we all need a little Patrick Dempsey in our lives. Although this is a dream come true, this revelation is a little bit too much. I’m going to need them to write another ending because I can’t stand the fact of seeing them apart.

Still, I don’t know about y’all, but this sounds pretty promising to me! Of course, we really can’t forget just how busy Reese Witherspoon is, and Lucas knows it too because he mentioned her evolving career to Access Live. This was the romantic comedy, though, that solidified her place among the Meg Ryans and Julia Roberts of iconic films and romances.

In the meantime, I’ll sit back and relax while I wait for Legally Blonde 3, which I feel less excited about that than revisiting this classic love story between two young lovers that grew up together, then apart, and back together again. Will Melanie and Jake still be in eternal love if the pair reprised the rom-com? How do you feel about a Sweet Home Alabama 2? Let us know in the comments!

This post was originally published on July 18, 2018, and updated on April 17, 2019, to include Josh Lucas’ new interview on Good Morning America.