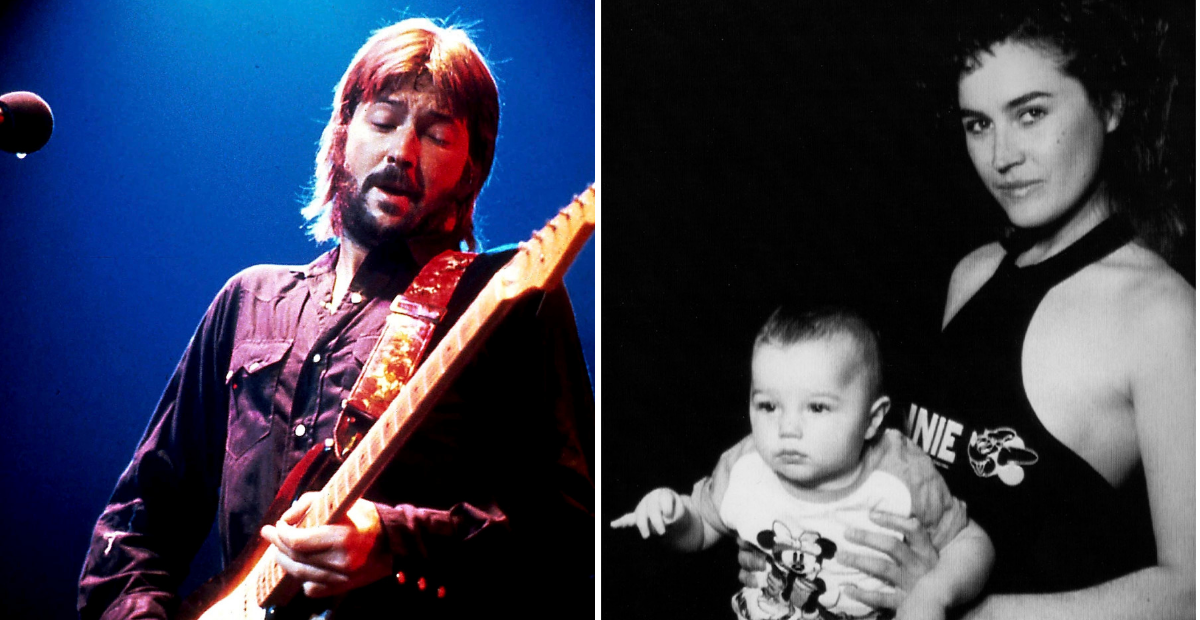 In 1993, Eric Clapton won best pop vocal performance for his top 10 hit “Tears In Heaven” at the Grammy Awards. The song not only launched his “Unplugged” album to the male Best Pop Vocal Performance slot, it also earned him the Record of the Year Award along with Song of the Year. The song was created for the soundtrack of the 1991 film Rush, about two Texas cops whose drug bust takes an unexpected turn, but despite appearing there, the song wasn’t written about anything in the movie.

No, the song was a personal lamentation. It was written about the death of Clapton’s four-year-old son, Conor. The incident can only be considered a tragic accident. Clapton, who resided full time in London, was in New York when the incident happened. Conor and his mother, Lory Del Santo, were also in New York. While with his mother one day, Conor ran past a recently opened window in the apartment and fell from the 53rd story window to his death.

For nine months after the incident, Eric Clapton didn’t tour. He spent the entirety of the time processing through and mourning his son’s death. Due to the sensitivity of the subject, many say that it changed his songwriting. “Tears in Heaven” marked a new, more introspective side of Clapton than fans heard before. Eric Clapton asked Will Jennings, who he admired from working with Steve Winwood, to collaborate on the song. Jennings told Clapton that he thought the song was too personal to be co-written, but ultimately agreed. Jennings claimed that it was one of the most unique experience of writing songs that he’s had.

The lyrics of the songs ask some deep questions about death. The first verse of the song jumps right into the grief Clapton was feeling with, “Would you know my name, if I saw you in heaven”. This one is a real tear jerker and probably has literally made many grown men cry. This wasn?t the only song penned in honor of his son. “The Circus has left Town” was also written in Conor?s remembrance. ?Tears In Heaven? became Eric Clapton?s best American single.

It landed at number two on Billboard’s hot 100 and remained for 26 weeks. It also became his best American single, selling more than 2,800,000 copies between digital and physical sales. Rolling Stone listed ?Tears In Heaven? on their ?500 Greatest Songs of All Time” list. Despite the success, the song was seemingly only meant as a healing catharsis. Clapton announced that he would stop playing the song, along with ?My Father?s Eyes? (performed for the first time on  MTV Unplugged) in 2004.

Editor’s note: This article was originally published on April 17, 2020.