The Beatles’ First Album Was Actually ‘Please Please Me’ 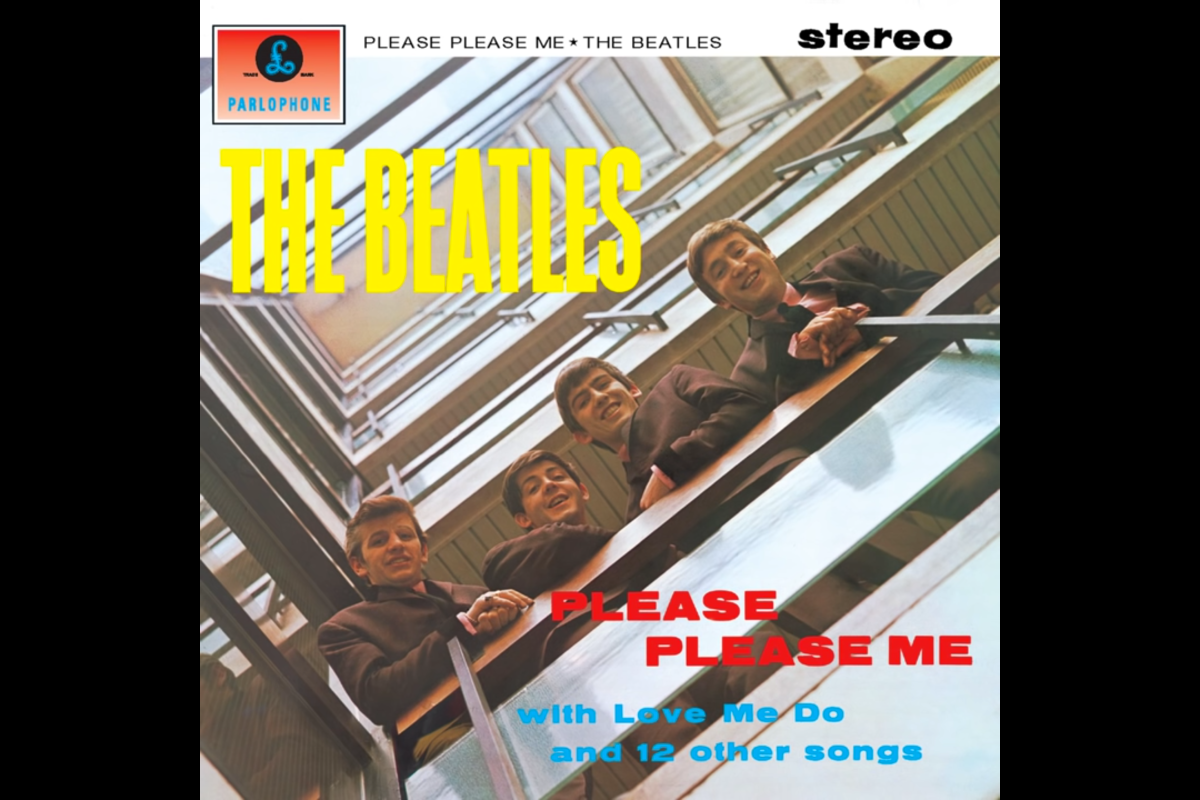 Despite its title, Meet the Beatles is not the first Beatles album. In 1963, the British rock band had released two hit singles, ?Please Please Me? and ?Love Me Do.? Eager to capitalize of their early success, the Beatle?s label Parlophone rushed the boys into EMI Studios in London to get working on a full album. But there was a problem. The Beatles had no concept for this first album ? they didn?t even have 14 completed songs ready, as was the British vinyl standard at the time. So how did Please Please Me? get arranged and come to utterly change the future of pop music?

Please Please Me by The Beatles

1. The album was a simple recording of the Beatles early live act.

Although Please Please Me included major Beatles songs like ?I Saw Her Standing There? and the band?s cover of ?Twist and Shout,? the album sounds almost primitive compared to the Beatles we?ve come to know and love. It’s a collection of short, sappy, straightforward love songs lifted directly from the Beatles earliest live acts. At the time, the Beatles performed mainly at Liverpool?s Cavern Club: the famed venue where the Fab Four found their original, screaming fanbase.

2. Please Please Me was recorded in just one day.

As the album was modeled after the Beatles? standard Carven Club set list, the boys were ready to go. It took less than ten hours to fully record Please Please Me, taking place over three three-hour studio recording sessions.

3. Please Please Me was cheap.

Since it only took a day to record, Please Please Me only cost Parlophone £400. (That?s equal to roughly $10,000 today.) Each Beatle individually earned £7.50 per studio session, of which there were three. That means Parlophone only had to shell out £90 total to the Beatles for this piece of musical history.

4. Please Please Me is the only instance of McCartney ? Lennon.

Eight of the 14 songs on Please Please Me were written by the partnership of Paul McCartney and John Lennon, then credited as McCartney?Lennon. It went on to be written as Lennon?McCartney. This songwriting duo would mature quickly, going on to produce such genre-bending tracks as “A Day in the Life” and redefining the creative output expected from a popular band. Before the Beatles, most mainstream performers did not write their own music. McCartney and Lennon switched off between who composed the music and who penned the lyrics, though Lennon has been quoted saying, ?[Paul] provided a lightness, an optimism, while I would always go for the sadness, the discords, the bluesy notes.? Watch above, songwriters Lennon and McCartney discuss their process with BBC.

John Lennon had a cold during the day of recording. Because the rocking chorus of ?Twist and Shout? would be so straining on his lead vocal chords, producer George Martin suggested it was recorded last. Luckily for Lennon, ?Twist and Shout? was completed the first time, in a single take. “I don’t know how they do it. We’ve been recording all day but the longer we go on the better they get,” Martin said of this impressive feat. ?Twist and Shout? remained in its placement as the final, blowout track on Please Please Me.

6. First Official Beatles Song? ?I Saw Her Standing There.?

Although the Beatles had released ?Please Please Me? and ?Love Me Do? as singles prior to Please Please Me, ?I Saw Her Standing There? is the album?s strong opening track. Technically, this marks it as the first official Beatles song on vinyl. And as the album?s enduring standout, it earns a vivid place in musical history even more so than the album’s title track. Rolling Stone ranks ?I Saw Her Standing There? as #130 of the ?Greatest 500 Songs of All Time.?

7. The Beatles were going to pose at the London Zoo?s insect house for the album?s cover.

George Martin, who produced and mixed the album, was an honorary fellow Zoological Society of London and wanted to use the cover of Please Please Me was an opportunity to get publicity for the zoo. However, Martin was shot down at the last minute. The album?s iconic photo is actually as rudimentary as the recording process: (from left to right) Ringo Starr, Paul McCartney, George Harrison, and John Lennon look down from the stairwell of Emi Studios.

Like most albums produced during the early 1960?s, Please Please Me featured extensive sleeve sleeve notes. His are especially noteworthy (ha) for acknowledging the Beatles? ongoing rivalry with another English rock group, The Shadows. (Watch above, The Shadows’ famous “Apache” instrumental.) Although it may seem obvious that the Beatles bested their old frenemy, the Shadows are apparently still playing reunions today.

9. Please Please Me was for the Brits.

The Beatles? debut album was not released in America until 1987! That?s when the Beatles’ full catalogue became officially standardized for CD. This first American CD used EMI Studios’ mono versions of the songs. In 2009, Please Please Me was remastered; this reissue abandoned the old-school mono recordings in favor of a stereo mix. But for you vintage fans, a remastered mono CD is still available as part of The Beatles in Mono box set.

10. Please Please Me was voted 39th on Rolling Stone magazine’s list of the “500 Greatest Albums of All Time.”

Although the debut album was lesser known among the Beatles repertoire, in 2012 the Rolling Stones ranked Please Please Me among the ?500 Greatest Albums of All Time,? the sixth of the Beatles albums listed (in order): Sgt. Pepper’s Lonely Hearts Club Band, Revolver, Rubber Soul, The White Album, and Abbey Road.

“I Saw Her Standing There”

“Do You Want to Know a Secret”

“A Taste of Honey”

Watch: These Vintage Vinyl Record Carrying Cases Will Take You Back in Time