The Beatles’ Epic Performance at Shea Stadium in 1965 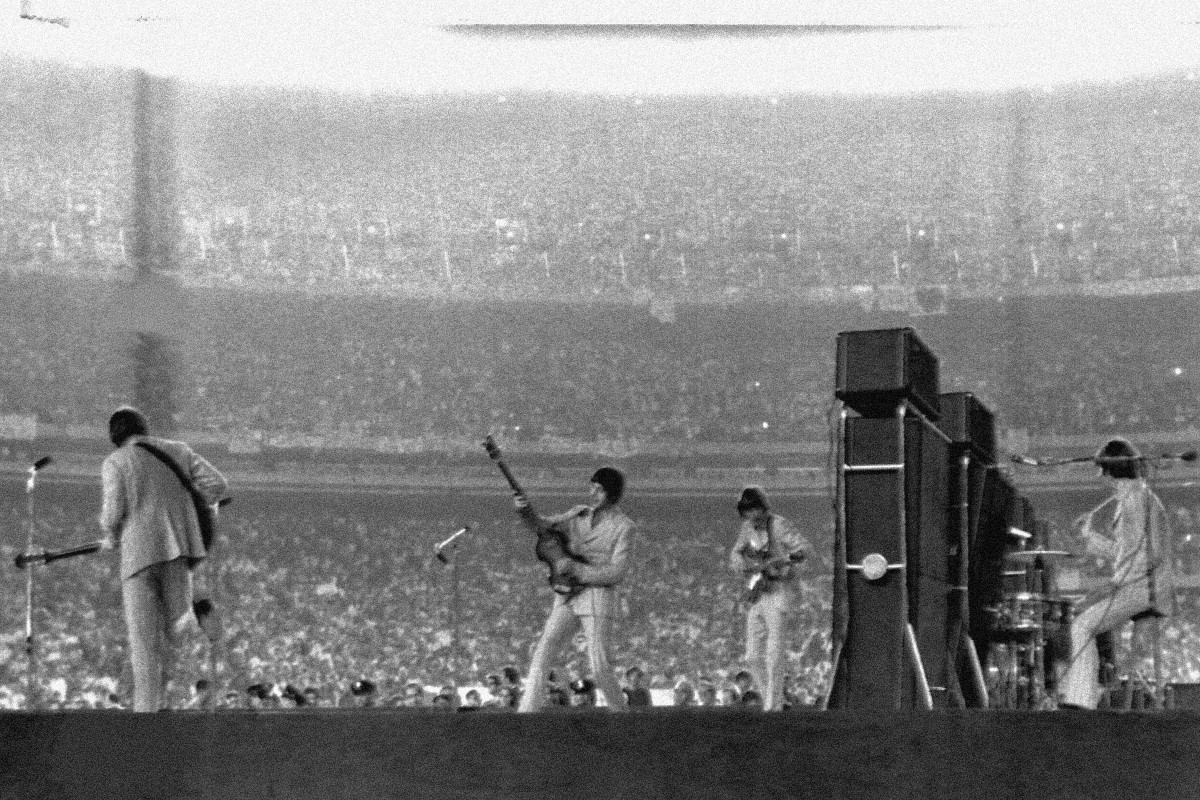 When The Beatles got their start playing grueling seven-hour sets in the dark dancehalls of Hamburg before a sparse audience of night owls, could they have imagined they’d one day be playing to a stadium packed with more than 55,600 screaming fans?

In addition to attendance, the landmark Beatles concert set records for gross revenue. The box office raked in a staggering $304,000 in ticket sales, $160,000 of which went to The Beatles  (quite a big jump from their Hamburg days, when they made around $18 per night).

The Beatles At Shea Stadium: Behind the Scenes

It had been Sid Bernstein, the famous promoter who introduced The Beatles to American audiences, who had the idea for the show. It was the height of Beatlemania, and Bernstein was certain that the Fab Four would be able to sell out even a massive venue like New York’s Shea Stadium. Berstein was so confident, he even promised The Beatles’ manager, Brian Epstein, that he’d pay him $10 (and that’s $10 in 1965 dollars, mind you) for every unsold ticket. (Berstein didn’t end up owing Epstein a dime.)

The four lads from Liverpool had wanted to fly into the field in a helicopter, but New York City officials shut the idea down. Instead, The Beatles were helicoptered to the roof of the World’s Fair Building in Queens, where they were shepherded into an armored Wells Fargo truck and shuttled to the stadium. Before The Beatles went on, there were performances from several opening acts — Brenda Holloway and the King Curtis Band, Cannibal & The Headhunters, Sounds Incorporated, and the Young Rascals.

When the opening acts finished, Ed Sullivan of The Ed Sullivan Show came onstage to announce: “Now, ladies and gentlemen, honored by their country, decorated by their Queen, loved here in America, here are The Beatles!” The audience went bonkers as Paul, John, George, and Ringo, dressed in military regalia, ran across the field onto the stage. So bonkers, in fact, that no one — not even the band — could actually hear the music. Even with the special 100-watt amplifiers brought in for the show, the stadium’s sound system couldn’t compete with the roaring crowd of Beatles fans.

Later, Ringo Starr would reflect back on the night, saying, “I never felt people came to hear our show ? I felt they came to see us. From the count-in on the first number, the volume of screams drowned everything else out.” Paul McCartney agreed, noting, “But that was handy in that if we were a bit out of tune or didn’t play the right note, nobody noticed. It was just the spirit of the moment.”

Out of all The Beatles, John Lennon seemed to enjoy the night the most. Lennon stoled the show, goofing around, jumping about, and making George Harrison laugh so hard he couldn’t play. “That was one of the great things about John,” McCartney remembers. “If there was ever one of those tense shows, which this undoubtedly was (you can’t play in front of that many people for the first time and not be tense), his comedy routines would always come out. He’d start the faces, and the shoulders would start going, and it was very encouraging: ‘OK, that’s good ? at least we’re not taking it seriously.’ He kept us jolly.”

The Beatles played for a brief, but glorious 30 minutes. Without being able to hear themselves, the band miraculously breezed through this 12-song setlist:

6. “Everybody’s Trying to Be My Baby”

Ringo Starr would later say he was only able to keep time by watching the other three players’ bottoms. And John, reflecting on the Shea Stadium concert years later in 1971, had this to say about the concert, “…that concert in 1965 at Shea Stadium ? I saw the top of the mountain on that unforgettable night.'”