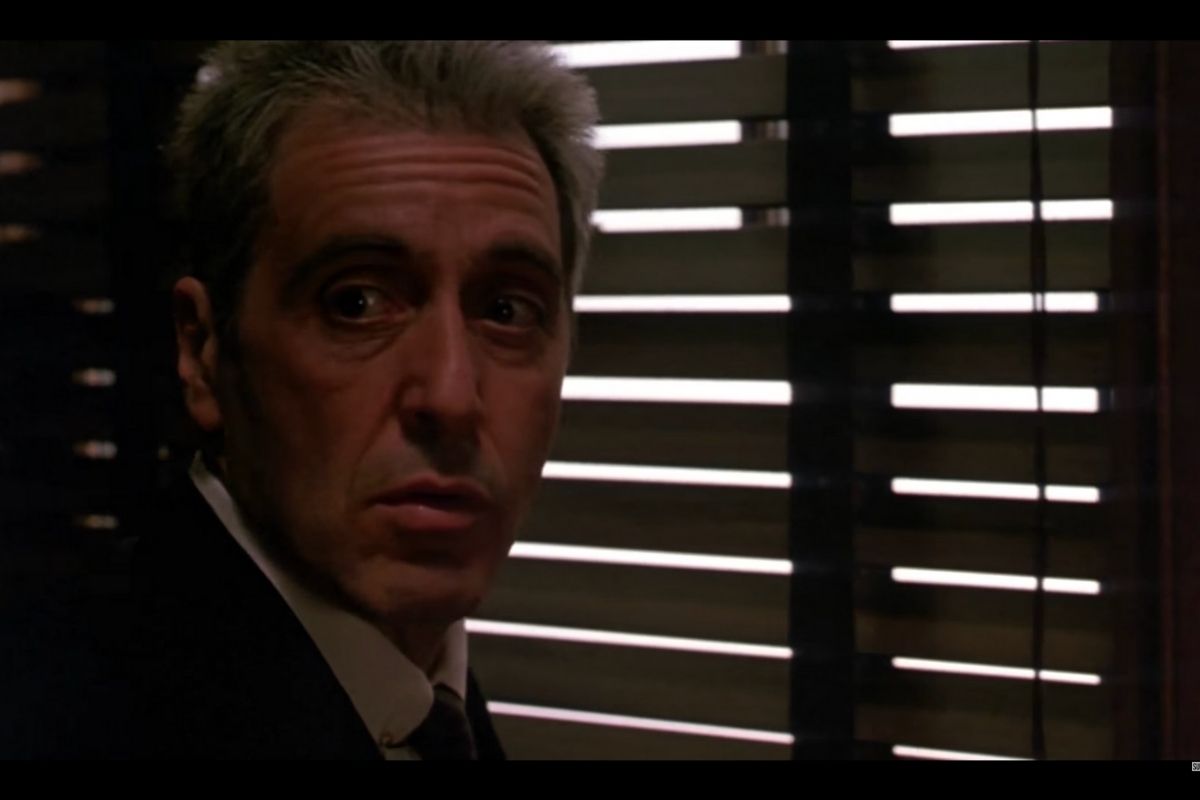 “Just when I thought I was out, they pull me back in,” says Michael Corleone in The Godfather Part III. For the filmmaker Francis Ford Coppola, that sentiment still stands. In December 2020, Coppola re-released The Godfather Part III as The Godfather Coda: The Death of Michael Corleone in limited theaters and on Blu-ray. What was once the laughingstock of the otherwise impressive The Godfather Trilogy has now warranted a second look from critics and fans alike. The title is not all that’s changed. Seemingly subtle edits have resulted in a shifted narrative full of meaningful surprise. Both Al Pacino and Diane Keaton have praised the new cut as a vast improvement over the original version.

Francis Ford Coppola is never quite finished with his projects. The legendary filmmaker is truly a restless auteur, unsatisfied even by the final products which gain critical acclaim. Coppola re-released The Outsiders as The Outsiders: The Complete Novel Edition in 2005, which included 22 minutes of additional footage and an updated score. In 2001, he came out with an extended cut of his epic war film, Apocalypse Now Redux, which clocked in at nearly three-and-a-half hours. And that was still not enough! In 2019, Coppola’s new Apocalypse Now Final Cut (with a slightly trimmed runtime) became the resounding favorite Apocalypse recut.

This 81-year-old director seems to have found new enlightenment in revisiting, and revising his modern classics. Last year’s edition of The Godfather Coda: The Death of Michael Corleone marks the most critically beloved re-edit of Francis Ford Coppola’s late-career.

Mario Puzo’s bloody mob novel, The Godfather, was published in 1969. It follows the life and rise of mafia boss Michael Corleone. Both of Francis Ford Coppola’s films, The Godfather Part I and The Godfather Part II, were based on this same single book. Puzo’s original text also examines the early life of Vito Corleone, and those Sicilian flashbacks so colored Coppola’s acclaimed 1974 sequel. The third Godfather film, however, was not based on any book source. Although it was Puzo, along with Coppola, who co-wrote the screenplay.

Francis Ford Coppola, like most fans, truly felt the first two films effectively completed the saga of the Corleone family. But the financial failure of his 1982 musical One from the Heart compelled the director to take on the commercially viable offer from Paramount. So the Oscar-winning franchise was opened again, with the third Godfather chapter intended as a removed epilogue of sorts. Semi-separate but related. Indeed, any Godfather film would be a box office success — and The Godfather Part III was. But viewers were not impressed. Robert Duvall, as Tom Hagen, did not return. And the addition of new stars was not enough to make up for the glaring absence. Sofia Coppola’s performance was particularly derided. (The young actress, now a respected filmmaker in her own right, won two Raspberry Awards that year for Worst Supporting Actress and Worst Rising Star.) The director’s daughter played Michael’s daughter Mary Corleone, who finds herself at the center of an illicit love affair with gangster (and illegitimate first cousin) Vincent Mancini, played by Andy Garcia. The creepy romance ends, predictably, in tragedy and sets the tone for the ultimate demise of the crime family patriarch.

‘The Godfather Coda: The Death of Michael Corleone’

Certain changes in the new version of The Godfather Part III are obvious. From the start, Godfather fans will note that Michael Corleone’s papal knighting has been replaced with conversation between Michael and Archbishop Gilday (Donal Donnelly), which critically outlines the expectations for Michael’s “contributions” to the Vatican bank. However, it seems like the welcome reception of The Godfather Coda: The Death of Michael Corleone is dependent on timing, more than anything. The New Yorker film critic Adam Brody wrote that, “The real story of the reissue and restoration of Part III is, rather, why the film was received so poorly in 1990 and why, now, with negligible adjustments, its time has come.”

The critic for RogerEbert.com, Brian Tallerico, offers a theory that concerns the framing of the film:

“The expectations set by the word “Part” in the title forced comparisons. Removing that, making this a “Coda” instead, allows it a different tone. People completely turned off by Sofia Coppola’s performance won’t be swayed by this version, but if you’re someone who defended it or found yourself wondering if it was better than you remembered … well, it’s definitely better now.”

The bulk of the adjustment in this coda comes in the ending. (Watch it here.) Rather than finally keel over in his garden in Sicily, Michael does not die in this film which is literally subtitled The Death of Michael Corleone. Instead, the aged Michael sits alone thinking only of his daughter Mary (In the original film, these flashbacks included Michael’s two great loves: Kay Adams and his Italian wife Apollonia.) Defying both expectations but precedent, this surprise twist leaves Michael Corleone’s heart beating. Life will drag on for this mafioso so full of regrets. And who knows? Maybe that means another Hollywood sequel… As we learned from Martin Scorsese’s The Irishman, it’s never to late to revive Al Pacino. Just use fire up some computerized age-defying technology!

WATCH: “You Talkin’ To Me?!”: The Story Behind Robert De Niro’s Famous Line