Why Did the ‘Jetsons’ Theme Song Hit the Billboard Charts in 1986? 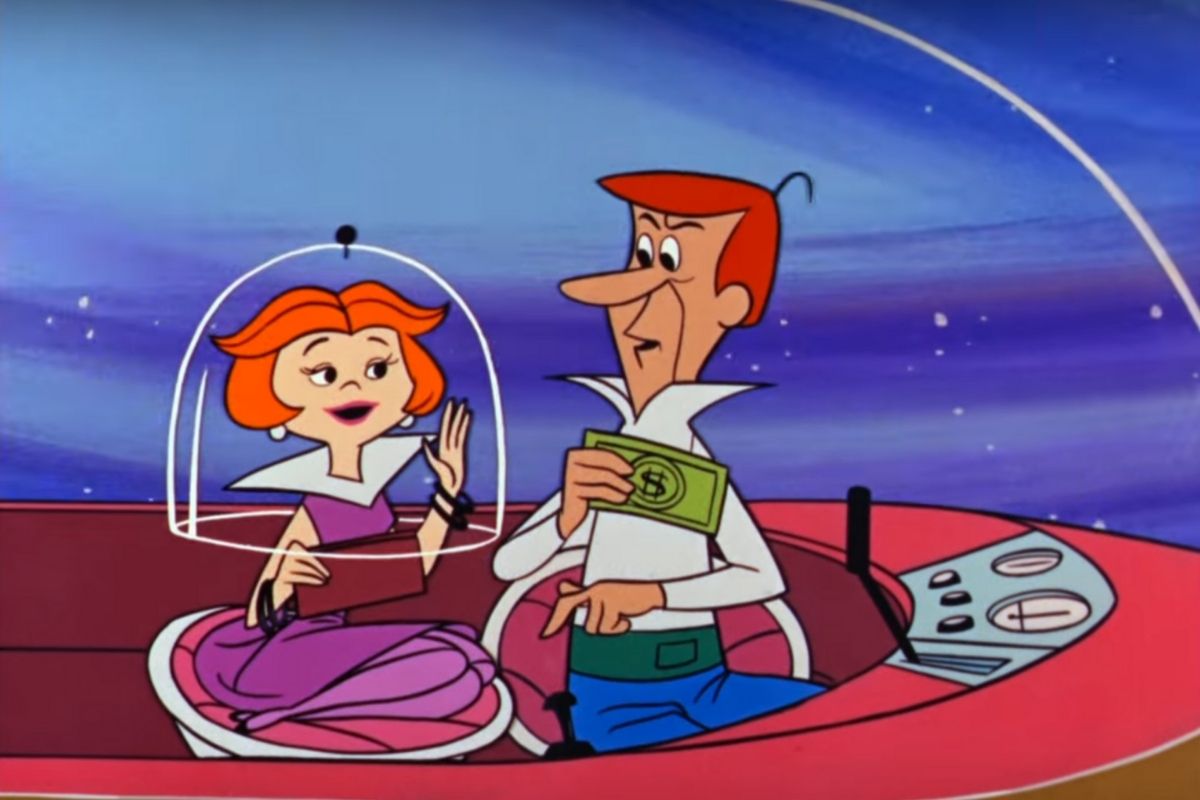 The Jetsons took place in 2062 ? exactly 100 years into the future from its premiere date on ABC. The cartoon, which was the channel?s first to air fully in color, and was Hanna-Barbera Productions? Flintstones for the space age. Despite the similar premise, The Jetsons never matched the commercial success of The Flintstones. It ran for only one season on ABC primetime before finding a wider audience through Saturday morning syndication. From 1985 to 1987, The Jetsons returned with new episodes as part of The Funtastic World of Hanna-Barbera block which culminated with the 1990 film, Jetsons: The Movie.

The show centered around patriarch George Jetson and his family. Despite living during the 2060s, the Jetsons were a nuclear American family, exhibiting the middle-class household conventions which most TV shows assumed during the 1960s. The Jetsons lived in the elevated Orbit City, where George Jetson was an employee at Spacely’s Space Sprockets, a high-tech company that manufactured “sprockets.” Like many recognizable fathers, George was well-meaning, easily frustrated, and antagonized by his tyrannical boss at the sprocket factory. The character was modeled after his voice actor, George O?Hanlon. His most famous catchphrase was “Jane! Stop this crazy thing!”

Married to George Jetson, Jane Jetson is a stay-at-home mom and obsessed with the latest fashion fads, gadgets, and gizmos. Meant to be much younger than her husband, Jane Jetson represented (and poked fun at) the commercialist values of the homemaker archetype. She was voiced primarily by Penny Singleton, who also starred in the 28 Blondie films based on Chic Young?s popular comic strip.

Judy Jetson was the boy-crazy 16-year-old daughter of Jane and George. Judy displayed just about every teenage girl stereotype you can think of: cycling through boyfriends, video chatting endlessly, and venting to her (anthropomorphic robot) diary. More than anything, Judy worshipped the rock idol, Jet Screamer who sang ?Eep Ppp Ork Ah Ah.? As far as fashion goes, Judy?s look holds up today with her platinum blonde ponytail and angular crop top. However, the ensemble still has forty years to go.

The youngest of the Jetsons, Judy?s brother Elroy is only six-and-a-half years old. He displays an elevated level of intellect for his age, taking an interest in sciences like space history, cosmology, and astrophysics. Throughout the TV series, Elroy Jetson was acted by famed voice actor Daws Butler who also voiced Yogi Bear.

Although the Jetsons theme song may seem sparse — the lyrics are simply Meet George Jetson / His boy Elroy / Daughter Judy / Jane, his wife ? the short ditty experienced a national resurgence when The Jetsons was resurrected by The Funtastic World of Hanna-Barbera block during the mid-’80s. In 1986, the one-minute song skyrocketed to no. 9 on the Billboard charts.

Hoyt Curtin, who also composed for The Flintstones, Scooby Doo, and The Smurfs, wrote the Jetsons? unusual theme song in 1962. Unlike most cartoon series? songs, the Jetsons TV theme is jazzy and complex, full of unpredictable brass riffs. The lyrics do not rhyme; they are barely lyrics at all beyond a barebones intro to the four main characters. And yet during the year 1986 received such wide radio play that it was not uncommon to hear the brief tune between “Twisted Sister and Genesis on any one of several rock ?n? roll stations in Los Angeles,” according to David Wharton who reported on the strange hit for the LA Times. Writing during the 1980s, Wharton noted the current youth craze for 1960?s aesthetics as a driving force behind the new rise of The Jetsons.

But The Jetsons represents more than just a TV moment from the ?60s. With its colored animation, the show was a technological steppingstone that looked ahead an idyllic future in form as well as content. And while some of the Jetsons predictions have certainly come true ? like flat screens, Apple watches, Zoom calls, and dangerous levels of pollution ? not even Hoyt Curtain might have predicted the modern musical resurgence of the Jetson theme. Existing both in the future and in the past, only time will tell which elements from The Jetsons might still find a fanbase.