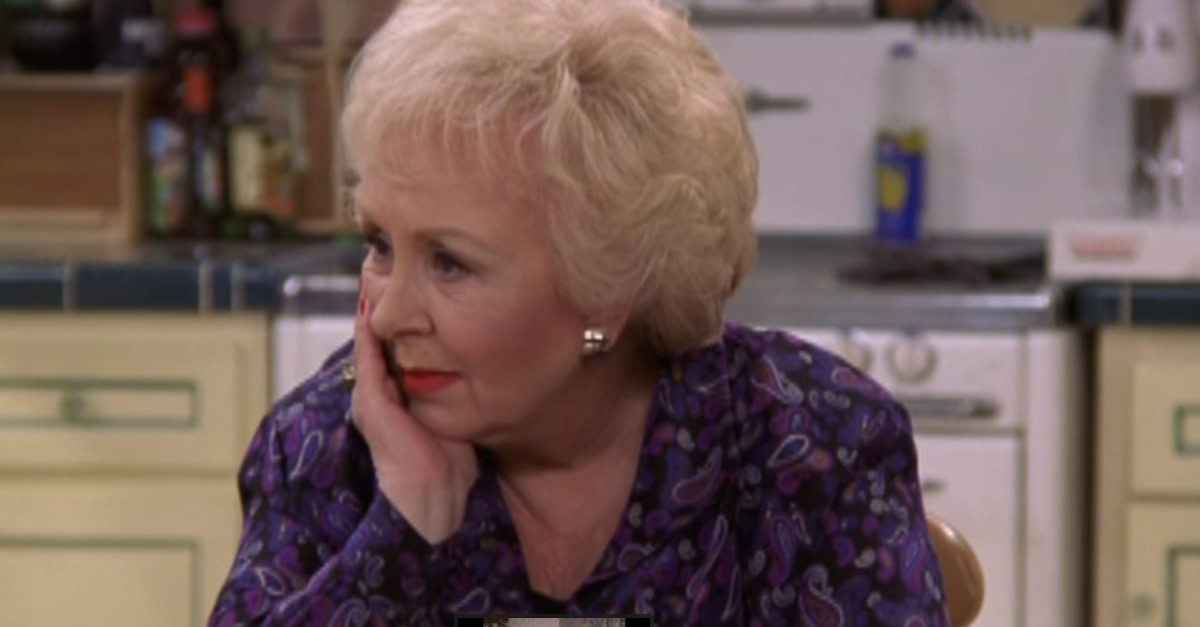 From 1996 to 2005 Doris Roberts portrayed Marie Barone, the beleaguered and over-bearing mother of Ray Barone played by Ray Romano on the popular show “Everybody Loves Raymond.”

Romano and Roberts’ chemistry was central to the plot of the show as many episodes revolved around how he tried to please his mom, or how he and his family often felt her wrath.

To my beloved Marie – RIP. pic.twitter.com/TtZCySQnLK

Roberts won three Emmy Awards for her part and it helped solidify her as one of the all time great TV moms.

On Sunday Roberts passed away at age 90, leaving behind seven decades of memorable work on TV and in film.

In the wake of her passing, fans of the show may find comfort in bloopers and outtakes from the show, that show Roberts joking and kidding around with her beloved co-stars.

We loved our mom, the great #DorisRoberts. A wonderful, funny, indelible actress and friend. pic.twitter.com/539JOa8EWo