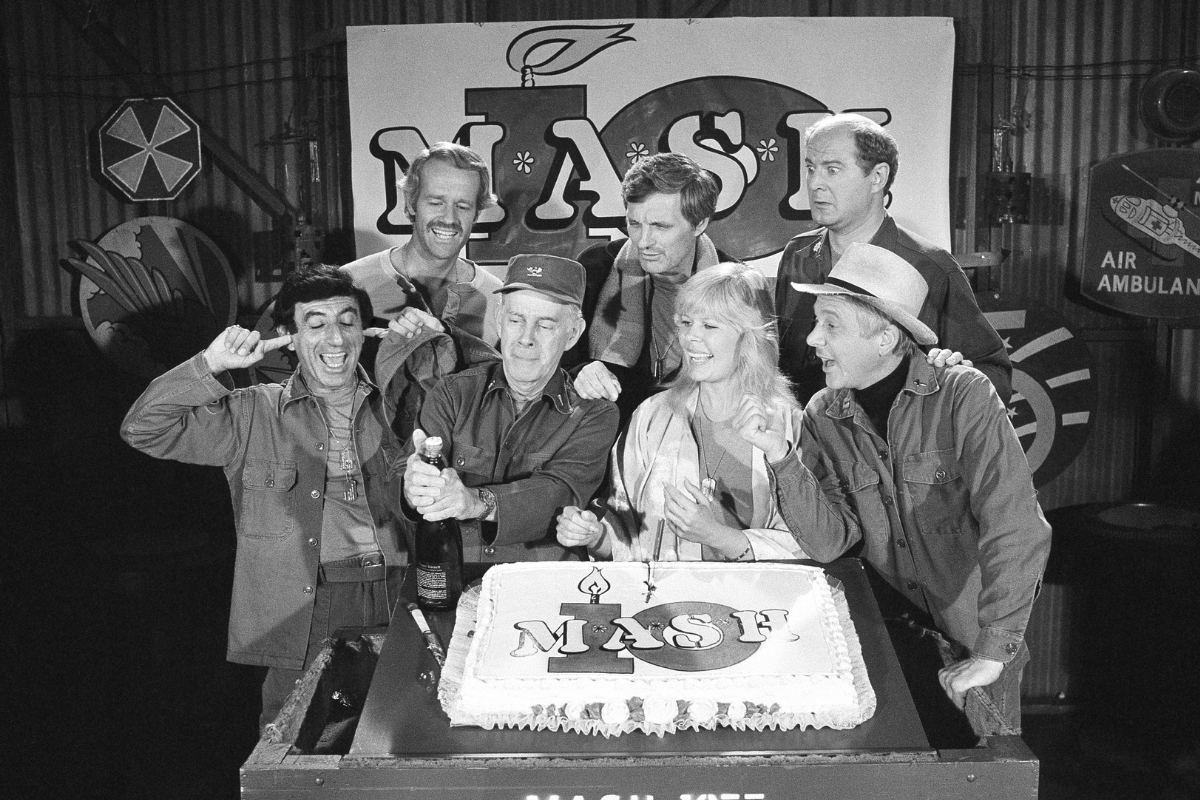 M*A*S*H was the show that defined a generation. The CBS military sitcom was a mirror and reminiscent of the army days for those who served in the Vietnam War, as it’s the show’s setting. The first season of the TV show aired in 1972 and the show continued for 11 seasons with Alan Alda, Loretta Swit, Gary Burghoff, Jamie Farr, Harry Morgan, David Ogden Stiers, and Wayne Rogers bringing to life the stories of servicemen, nurses, etc. The M*A*S*H finale, “Goodbye, Farewell and Amen” received over 121 million viewers in the two and half-hour episode.

The plot of the series finale followed the Korean War, and it showed many individual storylines showing how the war has inflicted change on the many characters. A cease-fire came into effect, and the 4077th members celebrate and take down their mobile army surgical hospital, saying goodbye before they split up forever.

Benjamin Franklin “Hawkeye” Pierce ends up going to a psychiatric hospital for a nervous breakdown. Charles Winchester finds soldiers who surrender to him and play him some Mozart. Later, he finds that he got the position that he wanted at a Boston hospital, but is discouraged to learn from Klinger that he only got it with Margaret Houlihan’s help. Klinger falls in love with a Korean refugee Soon-Lee Han. BJ Hunnicut gets discharge papers, but informs Potter that he can find a surgeon to replace him. Father Mulcahy rushes to the scene of a crash and sustains an injury. BJ spells out the word GOODBYE in large rocks, that Hawkeye sees it as he leaves in the chopper.

The M*A*S*H finale tugged at the hearts of everyone watching it. As it should have, the last episode told the most about the writers than any other episode of the show, and Alan Alda, Burt Metcalfe, John Metcalfe, John Rappaport, Dan Wilcox, Thad Mumford, Elias Davis, David Pollock, and Karen Hall to wrap the storylines up tightly. It was also the only episode to feature a title on screen.

However, “As Time Goes By” was actually, technically the last episode filmed. The show was, needless to say, well-received. After the final episode premiered, a museum exhibit was opened for it at the Smithsonian, and it sold handsomely. Of course, that was expected, as even the show’s commercial breaks were lucrative. During its airing, they made $450,000 for even just commercial breaks– more earning potential than even the NBC SuperBowl at one point!