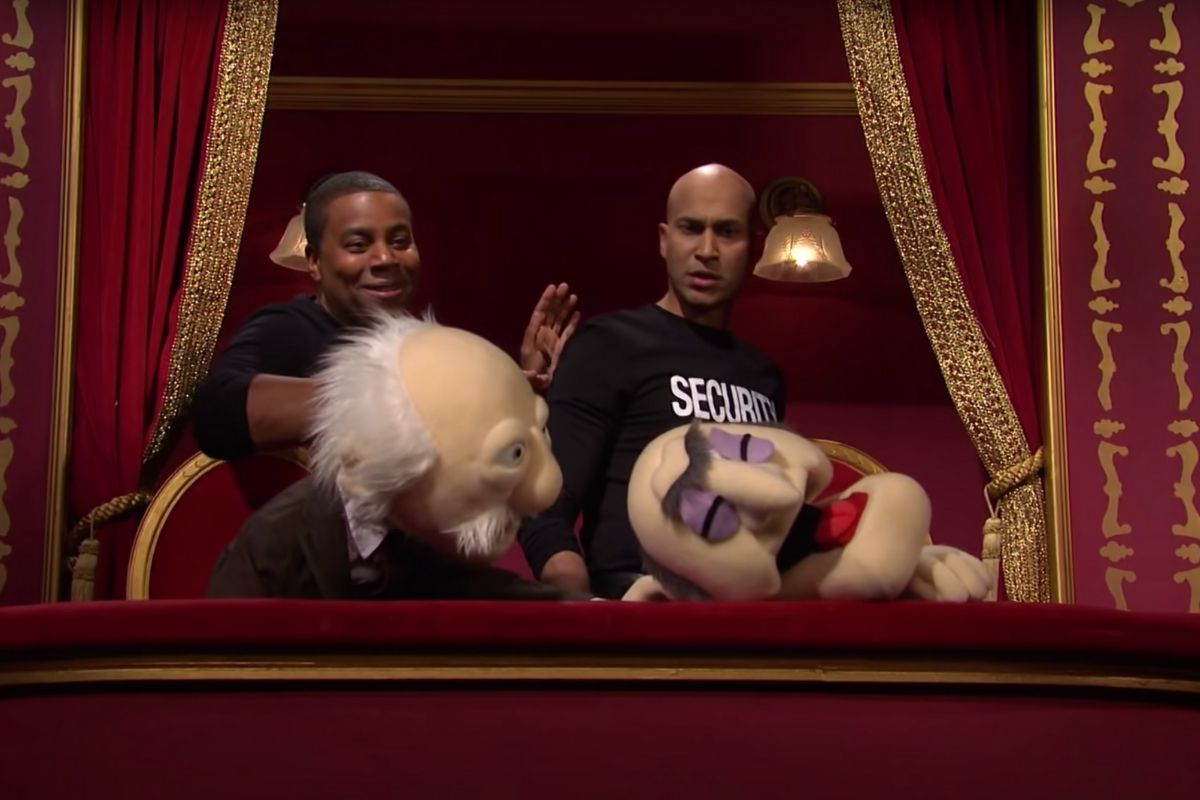 When Keegan-Michael Key hosted the Saturday Night Live this past weekend, fans were expecting quite a show. Compared to Elon Musk’s not-so-stellar SNL debut last week, the sketch comedy star of Key & Peele fame blended seamlessly into a number of the night’s skits. But there was one sketch in particular which had the audience hollering — and caused cast member Kenan Thompson to nearly break a number of times. And it involved some familiar muppets as battered guest stars.

“The Muppet Show” kicks off with Melissa Villaseñor’s spot-on — but somewhat inexplicable — Lily Tomlin’s impression as the actress makes an appearance on the Muppets’ variety show. But the special guest’s interview with Kermit the Frog is cut short by heckling from the crowd… coming from none other than Statler and Waldorf! (In this case, voiced by Beck Bennett and Mikey Day.) But as the curmudgeonly critics continue, they’re singled out by the venue’s ultra-serious security guards, played by host Keegan-Michael Key and Kenan Thompson. When the old men refuse to let up, simply, the guards beat Statler senseless. Watch the footage above, and see Thompson barely holding in the laughs as he and his partner go absolutely in on the poor puppet hecklers.

The bloodbath that ensues is definitely not Sesame Street-appropriate. But it is hilarious. So is it really any surprise that this ridiculous Jim Henson spoof is now trending?

Appearing as Senator Liz Cheney on Weekend Update, Kate McKinnon nails the politician’s lonely cause — and her bright blonde bob.

The young breakout star from the first season of Disney’s High School Musical: The Musical: The Show made her SNL debut singing her moody hit single “driver’s license.”

WATCH: Orson Welles Adored the Muppets and Appeared in Their First Movie