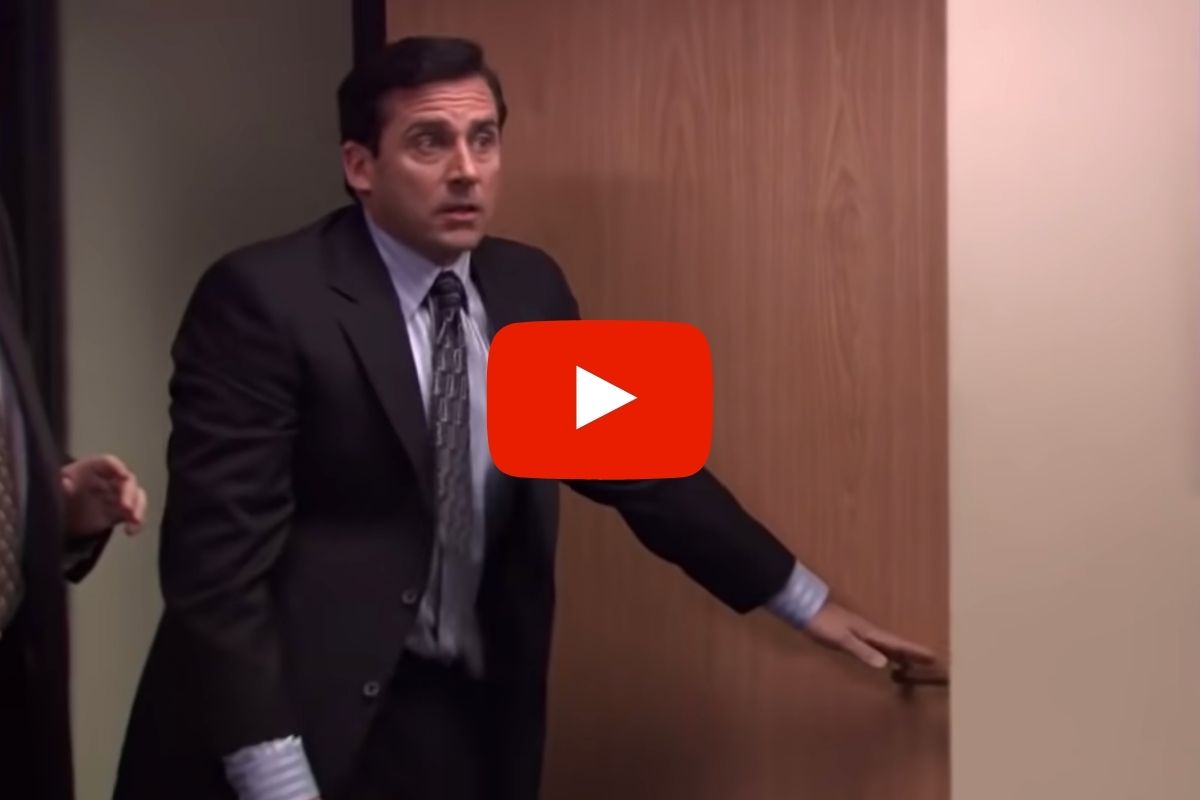 I’m sure I’m not the only one who thinks that The Office was and still is one of the best TV shows that has ever existed. One of the best things about the American version of The Office was its cold open-ended opening scenes in almost every episode that had you belly laughing. They’re hilarious, strange, and a little charming here and there making it the perfect way to start the episode. Whether it was Kevin Malone’s pet turtle, Michael Scott trying to trick everyone at Dunder Mifflin into saying ‘what’s up dog,’ Michael, Andy, and Dwight getting into parkour, or Dwight being Dwight and doing something insanely stupid. Like in this episode.

One of the best opening scenes is the fire drill scene in the season 5 episode Stress Relief, which aired after the Superbowl. The hilarious episode begins with Dwight staging a very elaborate fire drill prank, which ends with Stanley Hudson getting a heart attack. I know, it sounds morbid, but it’s actually pretty funny and is one of the best things I’ve ever seen on TV.

Apparently, when The Office got notice that they were going to be shown after the Super Bowl, the producers and writers knew that they had to have something big at the beginning to hook people in and keep them watching. According to Halsted Sullivan, Producer Greg Daniels told the writers, ?Look, this is our opportunity to sort of re- pilot the show and introduce a whole new group of people to The Office. It?s very important to have a really grabby opening.?

And well, this is exactly what they did. Dwight K. Schrute made it a point to ‘scare’ his co-workers after they ignored his fire safety presentation he had made for them. According to author Andy Greene, the scene is ?absolute Mayhem, complete with Angela desperately hurling a cat into the air, Oscar crawling through the ceiling for help and falling to the ground.” Oh, and let’s not forget Kevin trying to break into the vending machine and Jim Halpert trying to break the door with the photocopier.

Also, absolutely no animals harmed in the filmmaking. This despite seeing Angela’s cat falling back down and leaving in a frantic state. Apparently, producers created a $12,000 stuffed animal that looks like her cat, and they ended up using two real cats. So yes, safe to say this is one of the most chaotic opening scenes of any show, and it is hilarious throughout every single second. Honestly, it’s one of the funniest episodes of The Office that I wish I could watch for the first time again and again because it’s just amazing.

The Office was a mockumentary sitcom television series that depict the everyday work life of employees at Dunder Mifflin paper company in Scranton, Pennsylvania. It aired on NBC from March 24, 2005, to May 16, 2013, for a total of 9 seasons. The Office originally featured Steve Carell, Rainn Wilson, John Krasinski, Jenna Fisher, and B.J. Novak s the main cast. Other original cast members include Ed Helms, Mindy Kaling, Craig Robinson, James Spader, Ellie Kemper, and Catherine Tate. The Office went on to win several awards such as a Peabody Award, two Screen Actors Guild Awards, a Golden Award for Carell’s performance, and some Primetime Emmy Awards.

In case you want to see more of The Office, here are a few of my personal favorite opening scenes, because well, you can never get enough of Dwight, Michael, Angela, Kevin, Jim, Kelly, Creed, Pam, Phyllis, and yes, Toby Flenderson.

Best Opening Scenes From The Office

Watch: This Is How Much Money Jim Probably Spent Pranking Dwight on ?The Office?