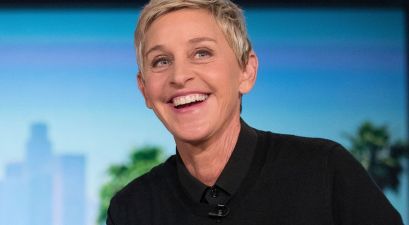 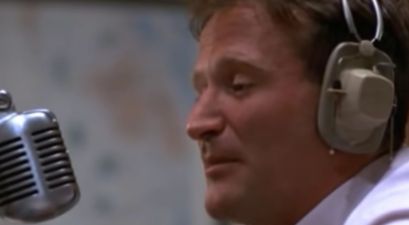 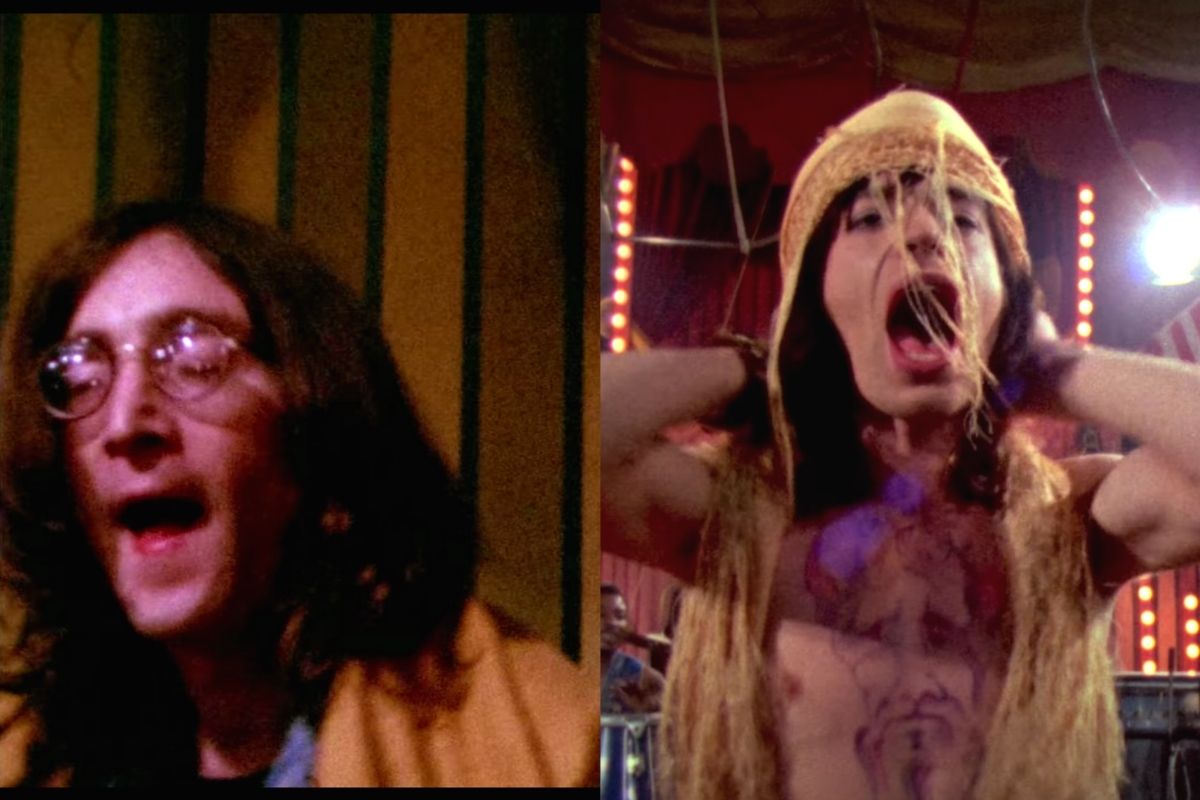 On December 11, 1968, The Rolling Stones, The Who, Jethro Tull, Taj Mahal, Marianne Faithfull, Eric Clapton, John Lennon, and Yoko Ono all performed one stage… but footage of the performances was not released until 1996! The Rolling Stones Rock and Roll Circus has since become a trove for classic rock fanatics who could watch, for the first time, this beautifully colorful and cordial night on film.

The ultimate best moment? When John Lennon jams out hard listening to “Sympathy for the Devil.”

The concept of a shared, circus-themed concert was first dreamed up by Mick Jagger as a way to generate buzz for the new Rolling Stones album Beggars Banquet. Director Michael Lindsay-Hogg was hired to record the event as a special concert film for BBC. So on the afternoon of December 11 in 1968, The Stones and their many guests all met up in a stripey big top stretched over a London sound stage and went on to perform for more than twelve hours straight.

In a friendly show of rock ‘n’ roll camaraderie, musicians introduced each other and perform together in surprising combinations. For example, John Lennon’s introduction of the Rolling Stones kicks off “Jumpin’ Jack Flash” while Mick Jagger’s introduction of The Dirty Mac featured a fun, goofy interplay between the two legendary artists. And that’s not the only historic aspect of this wily footage. The Stones’ original instrumentalist Brian Jones, a founding member of the group, features heavily throughout the show… just six months before drowning to death in a swimming pool at the age of 27.

Many suspected that this was the reason the project was eventually pulled from airing on BBC, and remained unseen for so many decades. But others theorize, more likely, that the Stones were simply embarrassed about a fairly tired performance that (subjectively) paled in comparison to the high energy of The Who who performed much earlier in the evening. Watch their theatrical performance “A Quick One While He’s Away” above. It’s remarkable to see such crystal-clear footage of the troubled Keith Moon alongside OG bandmates Pete Townshend, Roger Daltrey, and John Entwistle.

Finally, in 1996, the abandoned (and albeit messy) footage was edited and compiled for CD and video. In the spring of 2019, a remastered version of concert film received a limited theatrical release in Dolby Cinema. A reissue vinyl box set is now available too, or you can watch the film in full on DVD and blu-ray.

Fun fact: The Rolling Stones Rock and Roll Circus includes the first-ever live recordings of Jethro Tull. At the time, they were playing with the Black Sabbath guitarist Tony Iommi.

“You’ve heard of Oxford Circus, you’ve heard of Piccadilly Circus, and this is the Rolling Stones Rock and Roll Circus, and we’ve got sights and sounds and marvels to delight your eyes and ears, and you’ll be able to see the very first one of those in a few moments.”

— Mick Jagger from his introduction to Rock and Roll Circus

Instead of performing with The Beatles, John Lennon took part in The Rolling Stones Rock and Roll Circus with The Dirty Mac, a one-night-only supergroup that included Eric Clapton, Keith Richards, and Mitch Mitchell, drummer for the The Jimi Hendrix Experience. The unlikely foursome played “Yer Blues,” written by Lennon and Paul McCartney, followed by “Whole Lotta Yoko” — in which a howling Yoko Ono and Ivry Gitlis joined The Dirty Mac onstage.

“Sympathy For the Devil”

Preceded by “Jumpin’ Jack Flash,” “Parachute Woman,” “No Expectations,” and “You Can’t Always Get What You Want,” the Stones performed “Sympathy for the Devil” to a delighted crowd. Nearing the end of their headlining set, this performance would have occurred at roughly 4 or 5 in the morning. For context, the evening of song had kicked off with “Entry of the Gladiators” as early as 2 pm!

As you’ll see, the camera zooms into close-ups on all the original members’ faces — Mick Jagger, Keith Richards, Brian Jones, Bill Wyman, and Charlie Watts — forever capturing their weary focus on film. It was a long night. Only the ever-spirited Jagger, writhing out of his tight magenta shirt, seems truly committed. Until — in an especially epic surprise cut at minute 4:55 — John Lennon appears gleefully dancing in the audience. It’s truly a rare moment in music history to see the iconic frontman really let loose.

The Beatles or The Rolling Stones? Who says you have to choose.

“Sympathy for the Devil” was then followed by a sing-along version of “Salt of the Earth” which closed out the show. So 60’s. So awesome.

4. Keith Richards’s introduction of The Who / “A Quick One While He’s Away” (The Who)

5. “Over the Waves” (Juventino Rosas)

9. Mick Jagger and John Lennon’s introduction of The Dirty Mac

14. “No Expectations” (The Rolling Stones)

15. “You Can’t Always Get What You Want” (The Rolling Stones)

16. “Sympathy for the Devil” (The Rolling Stones)

WATCH: Queen’s Performance at Hyde Park Drew a Crowd of Over 150,000