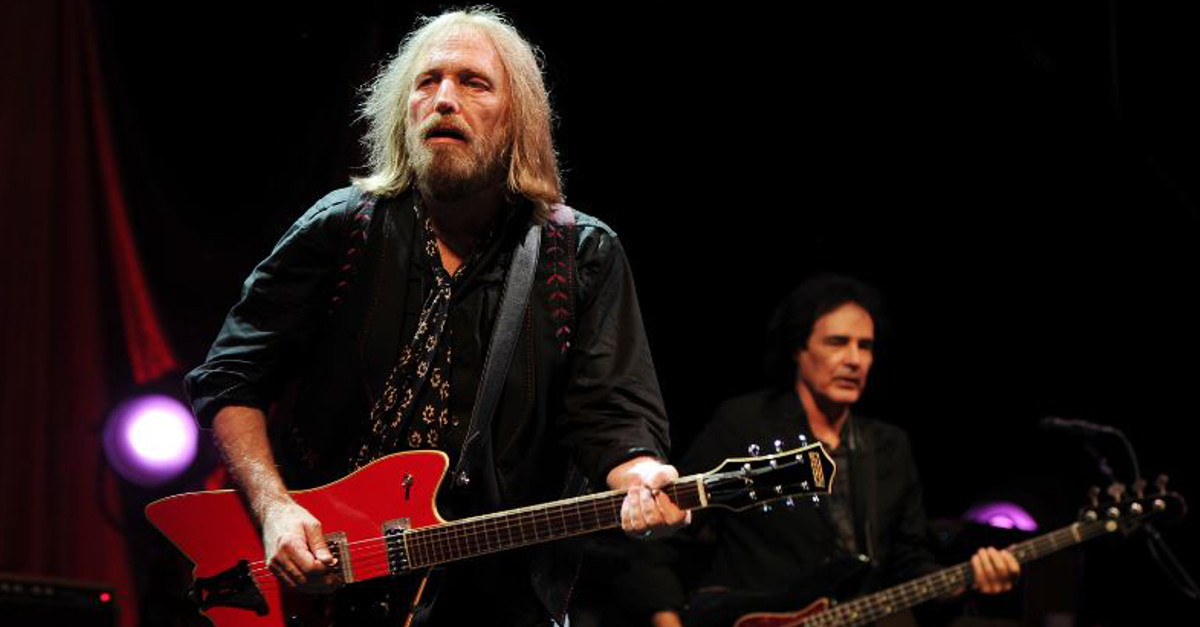 Updated Oct. 2, 2017: Tom Petty has died at age 66. This is one of our favorite memories of the American music legend.

Everyone and their grandma knows the words to Tom Petty’s “Free Fallin’,” but what you probably didn’t know is that it all pretty much started as a joke.

In an interview with Billboard, Petty explained how the song started out with him just messing around with producer and ELO frontman Jeff Lynne and ended up becoming the classic tune we’ve come to know and love.

?Jeff Lynne and I were sitting around with the idea of writing a song and I was playing the keyboard and I just happened to hit on that main riff, the intro of the song, and I think Jeff said something like, ?That?s a really good riff but there?s one chord too many,? so I think I cut it back a chord and then, really just to amuse Jeff, honestly, I just sang that first verse. Then he starts laughing. Honestly, I thought I was just amusing Jeff but then I got to the chorus of the song and he leaned over to me and said the word, ?freefalling.? And I went to sing that and he said, ?No, take your voice up and see how that feels.? So I took my voice up an octave or two, but I couldn?t get the whole word in. So I sang ?freeee,? then ?free falling.? And we both knew at that moment that I?d hit on something pretty good. It was that fast. He had to go somewhere, and I wrote the last verse and kind of just polished the rest of the song and when I saw him the next day I played him the song and he was like, ?Wow, you did that last night?? And I was like, ?Yeah.? And he said. ?We?ve got to go cut this,? and we just took off to Mike Campbell?s studio where we knew we could get in and get it done that day. So we went in and made the record that day.?

On June 9, Petty along with Elvis Costello, Marvin Gaye and others, was inducted into the 2016 Songwriters Hall of Fame.

RELATED: Tom Petty apologizes for using the Confederate flag in a way you may not have seen coming