The truth behind Kim Kardashian’s new hair will have you saying, “WTF?!” 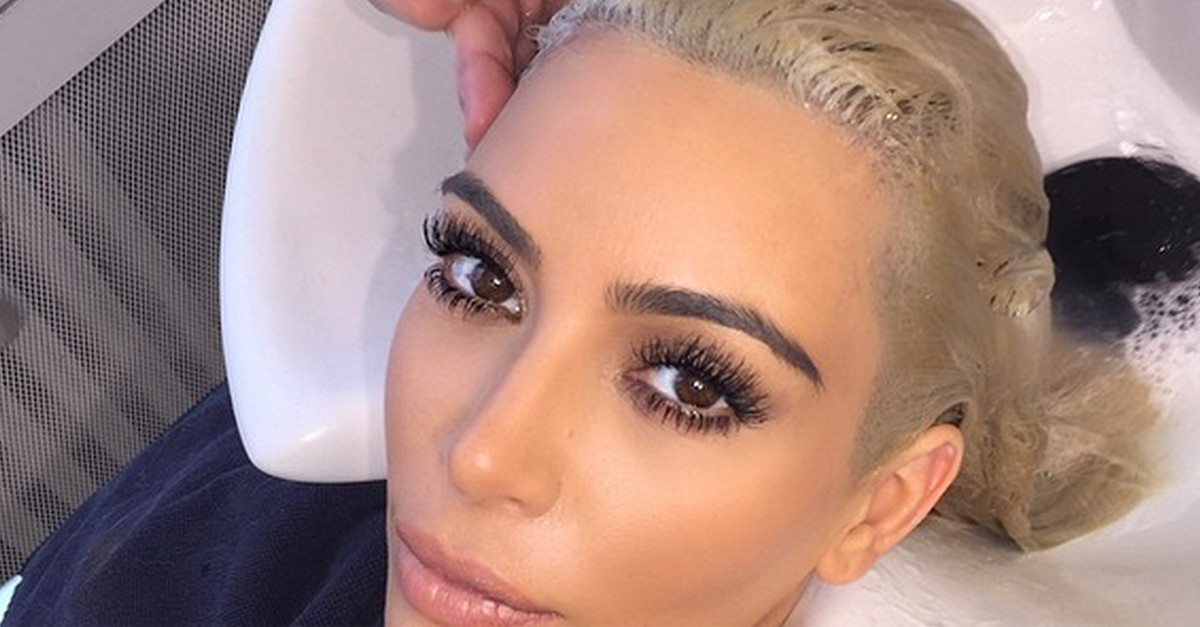 Reality TV personality Kim Kardashian caused a fire storm last week when she traded in her brunette locks for platinum blonde hair, but now gossip site Radar Online is suggesting there’s something else going on.

The truth behind the bleached blonde hair look? It’s a wig.

“The first top quarter of her hair in the front is bleached, but the rest isn’t…It’s bleached on the top and sides – and the rest is a wig,” Radar’s insider source says.

Pretty much everyone had something to say about Mrs. West’s new hair color, including the actor who played Draco Malfoy in the Harry Potter movie series, who Instagrammed this picture:

So apparently Kanye has a Draco fetish….#muse

“It’s parted perfectly and at different lengths and you always see the front of her head so it looks like it’s all normal, but it’s trickery,” said the source close to Kardashian’s Glam Squad.

“The rest of her hair is still brown. Just watch, you’ll see her go back to brunette like it’s no problem at all complete with healthy, shiny hair,” added the insider.

“That’s because it’s fake. It’s definitely not all bleached.”

And she has her expert stylists to thank.

“It’s a trick when talent doesn’t want to ruin their whole head of hair,” said the source. “It’s all an illusion, like her life. She wanted to figure out a way to get a lot of attention in Paris. She’s always trying to steal the spotlight.”

But in the pursuit of creating a fan frenzy, her attention-getting ‘do is turning out to be a big don’t.

“The front part is breaking and she’s worried that it will look bad in the front and her hair will look normal in back,” continued the source. “She didn’t think it would be a problem to go back to brunette quickly. But now her plan is screwed.”