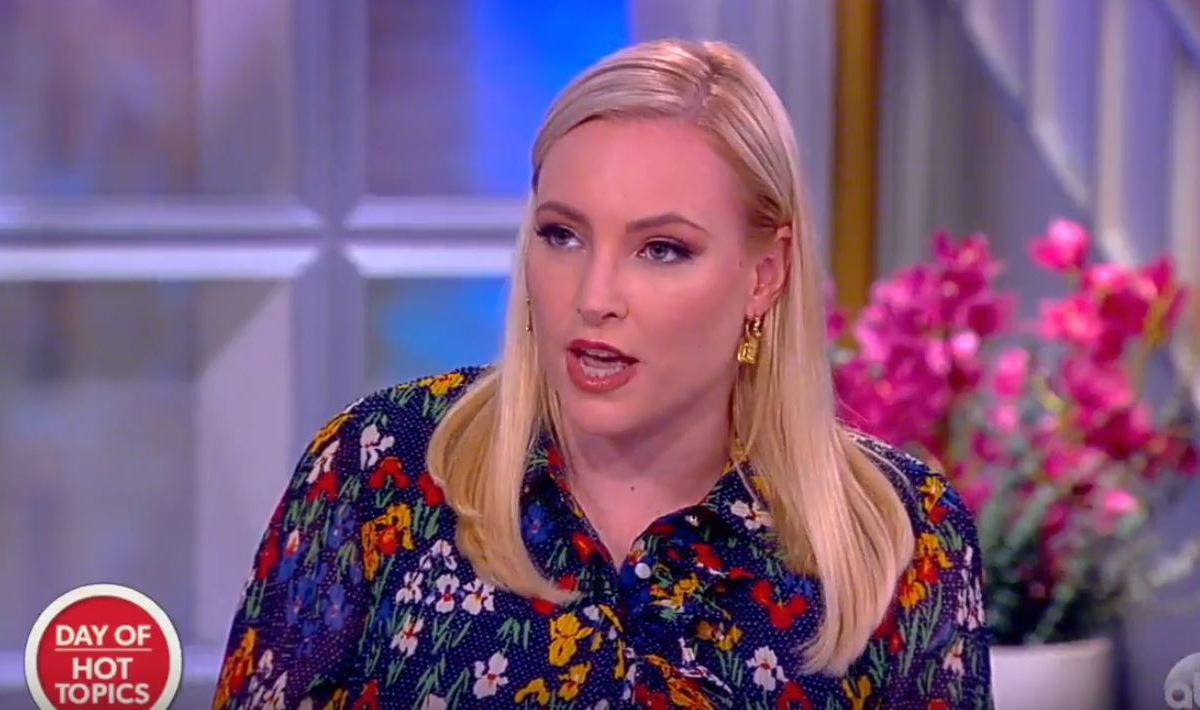 The ladies of “The View” had dove headfirst into the gun control in America conversation and tried to figure out why the United States is the home of gun violence and school shootings.

Host Joy Behar suggested that the gun lobby is “very strong” and that gun sales contribute too much to the American economy. However, Meghan McCain, the outspoken conservative host of the group, wasn’t totally buying what Behar was selling.

McCain prefaced by saying that she is an NRA member and that she’s a big supporter of the Second Amendment before explaining “[recently] Democrats held the Senate, the White House and Congress in 2009 and 2010 and they did not try to renew the assault weapons ban.” The ban, which lasted for a decade, was allowed to expire under Bush and assault weapons — like the one used in the Valentine’s Day school shooting — could be sold again.

McCain went on to say “this is why voting is so important, because if this is your issue, if what just happened … gets you up and moving … go out locally and vote against it.” She also compared the issue of gun control to abortion, saying “it’s so emotional on both sides that it’s hard for people to meet in the middle.”

When the topic of mental health and mass shootings arose, McCain did side with the more left-leaning hosts of “The View,” saying “I don’t know one Second Amendment supporter or gun owner that is for people with mental illnesses [owning guns].” She continued with talking about how important background checks and gun laws are if there’s going to be a right to bear arms.

The shooting in Florida was one of the top ten deadliest shootings in modern history and left 17 people dead. But Republicans still aren’t in any rush to change the laws around guns. Immediately after the massacre, Sen. Marco Rubio (R-Fla.) gave a speech on the floor of the senate and said that “if [lawmakers] do something, it has to be something that works.”

The gunman, Nikolas Cruz, gave a number of warning signs and law enforcement and the FBI were both even tipped off about him. However, he was able to legally purchase the assault weapon that he used that terrible day. There’s no doubt that school safety, gun safety, and gun legislation are all topics that need to be thoroughly discussed for the sake of the people. We can only hope that school shooters and school violence will be something of the way past as we hear about tragedies such as Columbine High School and Sandy Hook Elementary School.

There’s only so many gun deaths that schools should ever have to handle, and gun violence prevention should always be taken seriously. School personnel should be able to work for the best of the next generation without having to worry about another shooting spree or shooting incident.

Editor’s note: This article was originally published on February 16, 2018.

Watch: Parents are Buying Their Children Bulletproof Backpacks in Wake of Mass Shootings