The Most Shocking ‘The Voice’ Blind Auditions We Have Ever Seen! 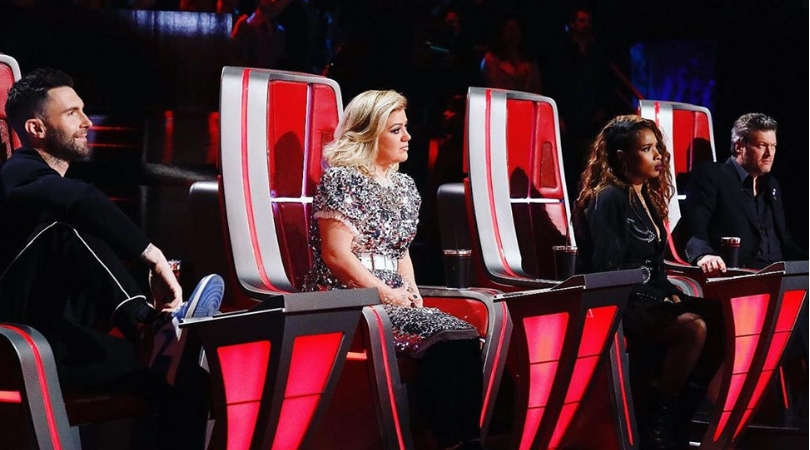 I?m a sucker for singing competitions. I?ll admit it, I have no shame. Catch me on a Tuesday, with a glass of wine in my hand, some popcorn in the other, while crying my eyes out from how beautiful the contestant’s voice is. I don?t know what it is, honestly. I think it’s just the fact that they have so much courage to face thousands of people and sing for them as if nothing.

I mean, can you imagine being up there on stage? In front of not just audience members, but Blake Shelton!? Or maybe Alicia Keys? My gosh, I would melt right then and there. Cry, and then melt. Maybe melt and then cry. Anyway, my point is, that I love singing competitions shows. Which is why I decided to show you some of the best auditions I have seen, because why not. Everyone loves good music right? Here are some of my favorite ones (in no particular order) that I have come across! Which one’s yours?

This was a bold, bold move for Skipper! She decided to sing Piece By Piece by Kelly Clarkson, who immediately heard the song, and began to cry. It?s always tough to sing a song that was written by one of the coaches. This girl nailed it, 100%! Team Blake for the win.

My gosh! The moment this woman sang her first note I was hooked! So much soul, so much power! No wonder she got all the judges to turn around instantly.

Sawyer, oh Sawyer. It only took 6 seconds for the judges to turn around and boy, oh boy. They had a reason! That voice oozes out soul!

Funk galore! This man knew what he was doing the moment he began singing. IMMEDIATELY all 4 coaches turned around, shocking Christina, Pharrell, Blake, and Adam.

Once again, we got a contestant singing a coaches song! Alicia Keys was stunned when she heard the intro, and even more when Diaz began to sing. Diaz?s voice is so smooth that she should make a lullaby album. Of course, I don?t need to say what coach she went with..right?

Yes, If I Aint Got You again, because honestly, it’s an amazing song. But then again, this voice is amazing too. So it’s all overall amazing. It always makes me so happy to see the coaches so excited when they like the version of their song being sung.

The most angelic voice of all angelic voices! Elvis would be really proud. If I was a judge, I would have turned around instantly.

8. Maddison Mcnamara- I Will Always Love You

This girl?s rendition of I Will Always Love You really touched my soul. This audition is actually from The Voice Australia, which if you haven’t watched any singers…I recommend you get to youtube! Australia has some great singers out there. Grab the tissues!

Watch the whole thing…watch it now! BUT, that Face Kelly Clarkson makes at 1:11…that exactly what I felt through the whole audition. Actually, you know what, I was Kelly throughout this whole thing. Excuse me while I go practice in the mirror. I want this woman’s confidence ASAP!

I was so surprised hearing this man’s voice as soon as the song came on. I was even more surprised that Alicia Keys turned around four seconds in! Don’t Stop Believing Rasyshun, you’re going places!

The lungs on this woman are incredible! You can definitely feel her pain in her voice. Chills all around. I have to admit, I was pretty scared nobody was going to turn around. But leave it to Adam to save the day!

Taking it back to 2014, with the amazing Christina Grimmie. This definitely is one of the most powerful audition’s I have seen. Grimmie, unfortunately, passed away in 2016 after being shot in a murder-suicide while signing autographs following a concert in Orlando, Florida.

Jordan Smith is insanely talented! Everyone was so shocked when they turned around, and it’s easy to see why! Adam chose right because Smith was actually the winner of that season! Easily…top 5 audition of all time!

Editors note: This article was originally published on January 11, 2019.

Watch: The Evolution Of Blake Shelton