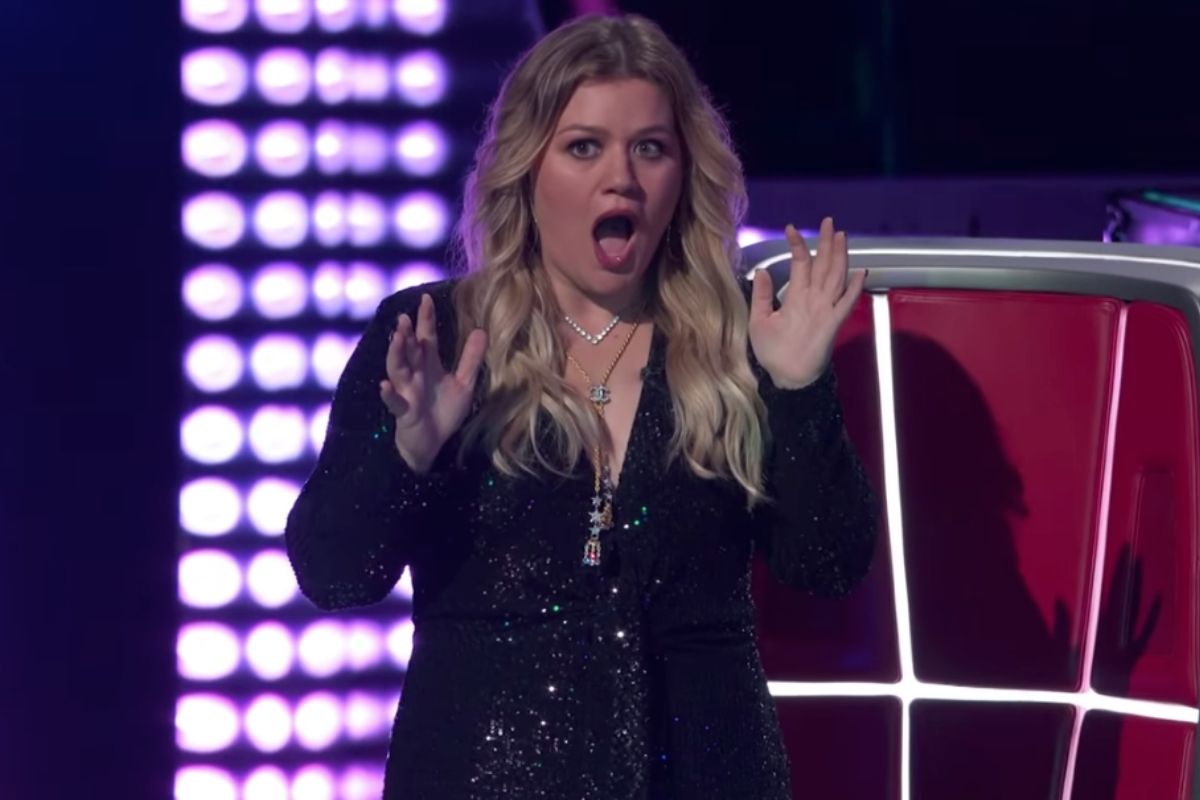 Holy Moly! This singer gave me all the goosebumps in the world. I definitely felt my soul leave my body for the entire time she was singing. The Voice Season 19 is set to premiere tonight, and lucky for us the NBC competition series decided to leak the Blind Audition of 30-year-old Tamara Jade ahead of the premiere date. Jade decided to sing a jaw-dropping rendition of Lizzo’s Cuz I Love You.

As expected, the sneak peek audition left Kelly Clarkson trying to recover from her performance and earned a four-chair turn from coaches Blake Shelton, Gwen Stefani, and John Legend. The best part about this is seeing her family’s live reaction on video. Due to the ongoing pandemic, The Voice is taking all safety protocols necessary, meaning only the contestant can attend the audition and there is no live audience. But, that didn’t stop the family from hearing, you can still see them jumping with joy as The Voice coaches turn their big red chairs.

Clarkson pointed out Jade’s notes as well, saying that while a lot of vocalists sound like ‘they are trying hard’ to do the runs, hers sounded like she was “simply exhaling.” She stated, “That’s why this is called The Voice. You want someone that really moves everyone. And that’s you.” Which if you listen closely you can see how effortless she’s singing them. It’s insane, beautiful, but insane. Complementing her even further, Legend also offered her some cool team jackets as a bribe, stating, “I can buy clothes, too.” To which Jade laughed at “Uncle John,” as she dubbed him.

…and make sure y'all give some love to @NBCTheVoice too because it's nominated for The Competition Show of 2020!!! Just RT this and then create your own tweet with the hashtags #TheCompetitionShow #TheVoice to vote! Don't forget… you can vote up to 25 times a day! ☺️ #PCAs pic.twitter.com/I2zF9J2C8G

So, who did the contestant pick to be her coach? Well, you’ll have to find that out by yourself and watch the two-hour new season premiere on Monday, October 19 at 8/7c with our favorite host Carson Daly. Last season of The Voice, the American reality tv show featured Shelton, Clarkson, Legend, and superstar Nick Jonas as coaches for the entire show. Todd Tilghman was announced as the season’s winner, which marked Shelton’s 7th ‘Team Blake’ win as a coach and the oldest winner to date in the show’s history.

What’s your favorite competition show? The Voice, American Idol, America’s Got Talent, or Dancing With the Stars? I think you all know which one mine is. I can’t wait to see Jade during the live show knockouts.