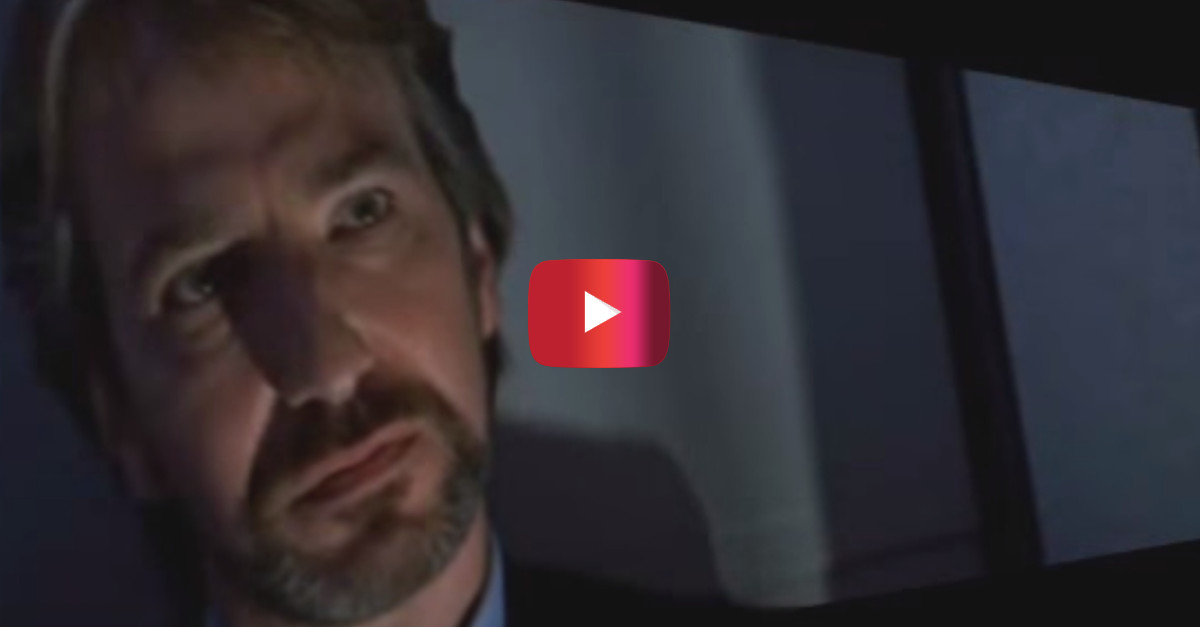 Rickman has many standout moments in the film, though one of the more pivotal scenes occurs when his character first encounters Willis’ tough-talking McClane.

In the tense sequence, McClane and Gruber stand off in a ruse to see who can reveal his identity first. Rickman poses as an American and tries to slip by McClane in an attempt to get ahold of several bomb detonators McClane is holding.