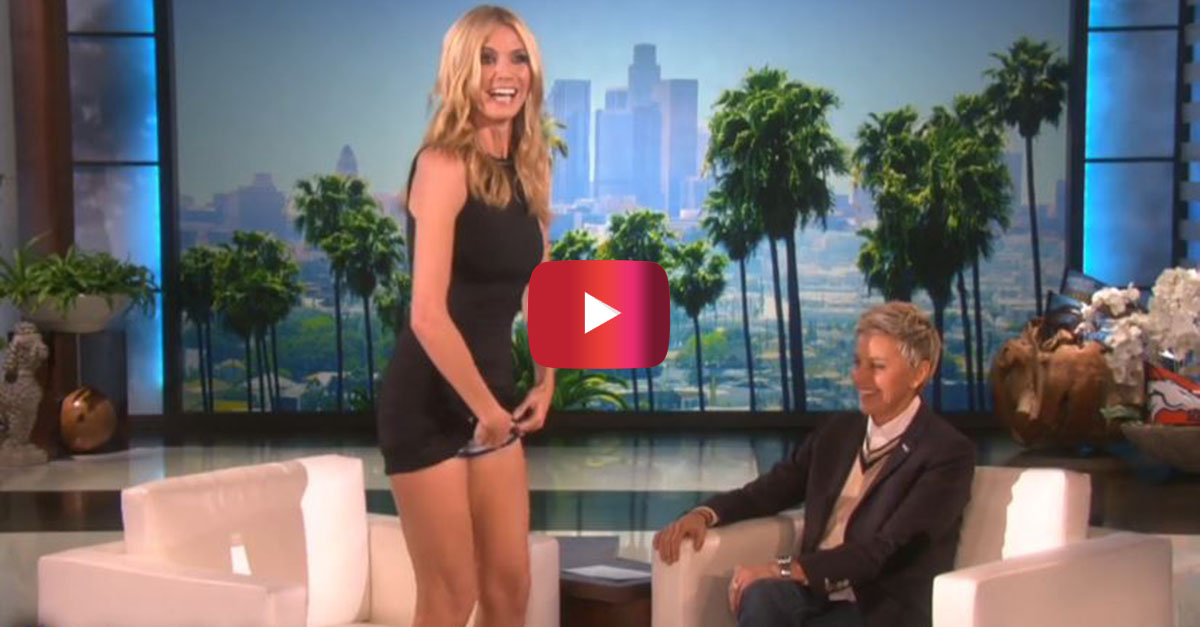 Heidi Klum has no problem letting it all hang out.

The gorgeous supermodel appeared on “The Ellen DeGeneres Show” on Friday and made a point to flash her panties, on purpose! When she sat down, DeGeneres noticed that her dress was a little short. With a body like that, can you blame her?

“It’s short,” she said. “I know, but I put your underwear under it, that you put in my dressing room. You guys wanna see it?”

Klum stood up, pulled that little black dress up and showed off the Ellen branded briefs the host left for her in the dressing room. “I was like, ‘this dress is a little too short.’ And, thankfully, in your goody bag, there were shorts.”

“And, they look good with that dress,” Ellen agreed.

Klum will be returning to “America’s Got Talent” this year and dished on all of the details with DeGeneres. She is sad to hear that Howard Stern has left the show but is looking forward to working with former “American Idol” judge, Simon Cowell. Klum probed DeGeneres for details on things that annoy Cowell so she can do that for the entire season.

The model said she will be watching the Kitten Bowl over the Puppy Bowl and DeGeneres took the time to try to scare her. Klum barely jumped out of her seat when one of the producers tried to scare her in a kitten costume.

“Oh, that was so disappointing,” Ellen joked.

But, we hadn’t seen the last of Klum’s underwear. She brought out her intimates line that she took over from Elle Macpherson. In the spirit of Valentine’s Day, Klum gave everyone in the audience a $150 gift card to her store!