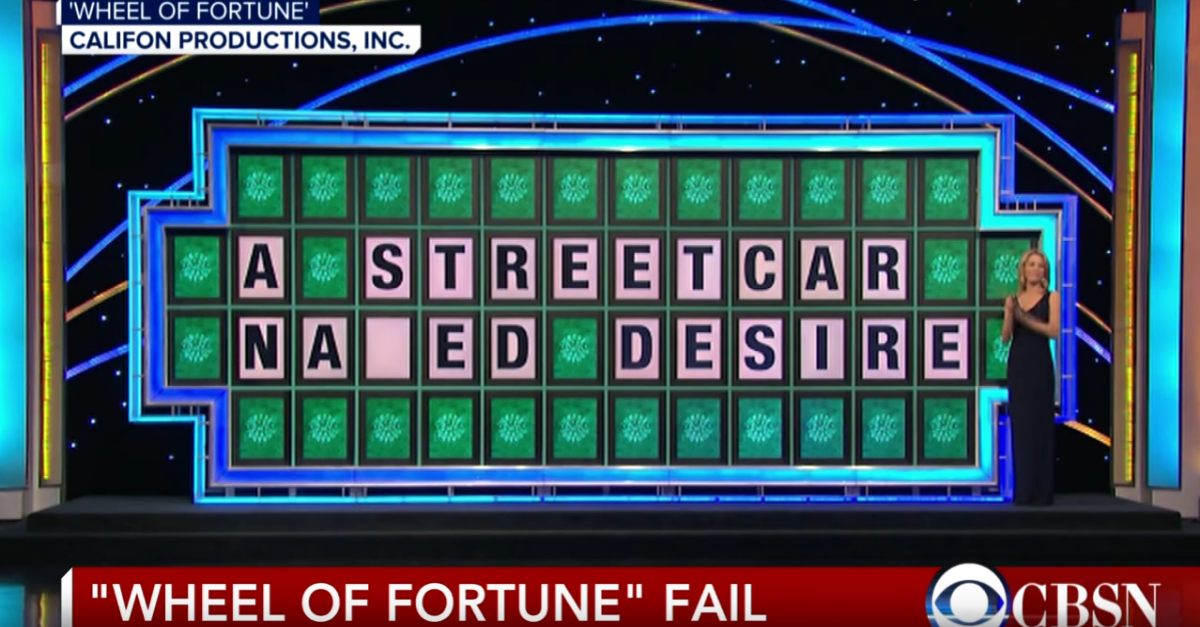 Even if you’re not a Tennessee Williams fan, a theater fan, or a Marlon Brando fan, you’ve probably heard of the play A Streetcar Named Desire. It’s one of the most popular pieces of modern literature, and many were forced to read it in high school.

During Kevin’s play, game show host, Pat Sajak, read the board in what looked like “a streetcar na_ed desire.” Now looking at this, there’s only a need for one more letter. Whichever letter of the alphabet you’re picturing in your head right now, I bet is not even remotely closed to what Kevin guessed.

Thankfully, the next contestant, Lisa, was able to give the right answer for the win. With the correct answer being the letter “M,” to complete the play’s title, Lisa was able to win the money, restoring some of our faith in the American education system. Pat Sajak circled back to “Kevin’s play,” mentioning jokingly that he would like to see how that would’ve worked.

I’m unsure of what was going through Kevin’s head when he blurted out his answer, but I’m pretty sure that I most definitely would’ve not given that same answer. I mean, come on, that’s free money man.

Editor’s note: This article was originally published on March 22, 2017.